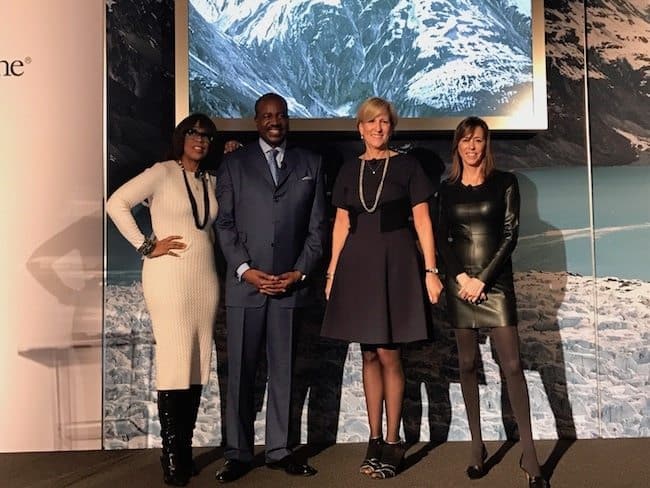 Holland America Line and O, The Oprah Magazine has announced a partnership that will unite the power of travel with O’s commitment to connection and personal growth.

Oprah Winfrey, magazine editor Gayle King, and others will join the inaugural ‘O, The Oprah Magazine Share the Adventure Cruise’ which will depart for Alaska this July.  Four more of these exclusive sailings will also be scheduled through 2018.

The magazine will kick off the partnership with a contest in March 2017, awarding three readers the chance to join the inaugural Alaska cruise.  Following will be a high impact ad in the April 2017 issue, with in-book, online, and broadcast integrations running throughout 2017 and 2018.

The Share the Adventure Cruise to Alaska will take place from July 15 to 22, 2017 aboard Eurodam. The other four sailings will be:

The Oprah Magazine cruises will feature exclusive programs developed with the magazine’s editors, including editor-in-chief Lucy Kaylin and creative director Adam Glassman.  Members of the SuperSoul 100 will also be onboard sharing inspirational ideas and tips for living your best life.  Over 300 Holland America voyages sailing in North America from August 2017 to 2018 will have a variety of engaging activities that bring the magazine to life, including movement & tai chi, meditation, healthy cooking demos, an onboard book club, exercise classes, and more.