In anticipation of the upcoming float-out of ms Nieuw Statendam, Holland America held the ship’s coin ceremony on December 6 at Fincantieri’s Marghera shipyard in Italy. During the ceremony, a Dutch guider was welded to the forward mast of the ship, followed by speeches and a blessing by the shipyard chaplain. The Dutch Guilder brings sentiment and history to the vessel – it’s from 1898, the year Holland America’s first Statendam entered service.

Anne Marie Bartels, a member of Holland America’s President’s Club, served as the ship’s Madrina and participated in the event. She first sailed with the line aboard Nieuw Amsterdam from Rotterdam to New York when she was 21 years old. She’s since been on 79 cruises with Holland America, including 12 Grand Voyages. Bartels has over 2,500 cruising days with the line, which gives her elite President’s Club status for guests with over 2,500 days onboard. 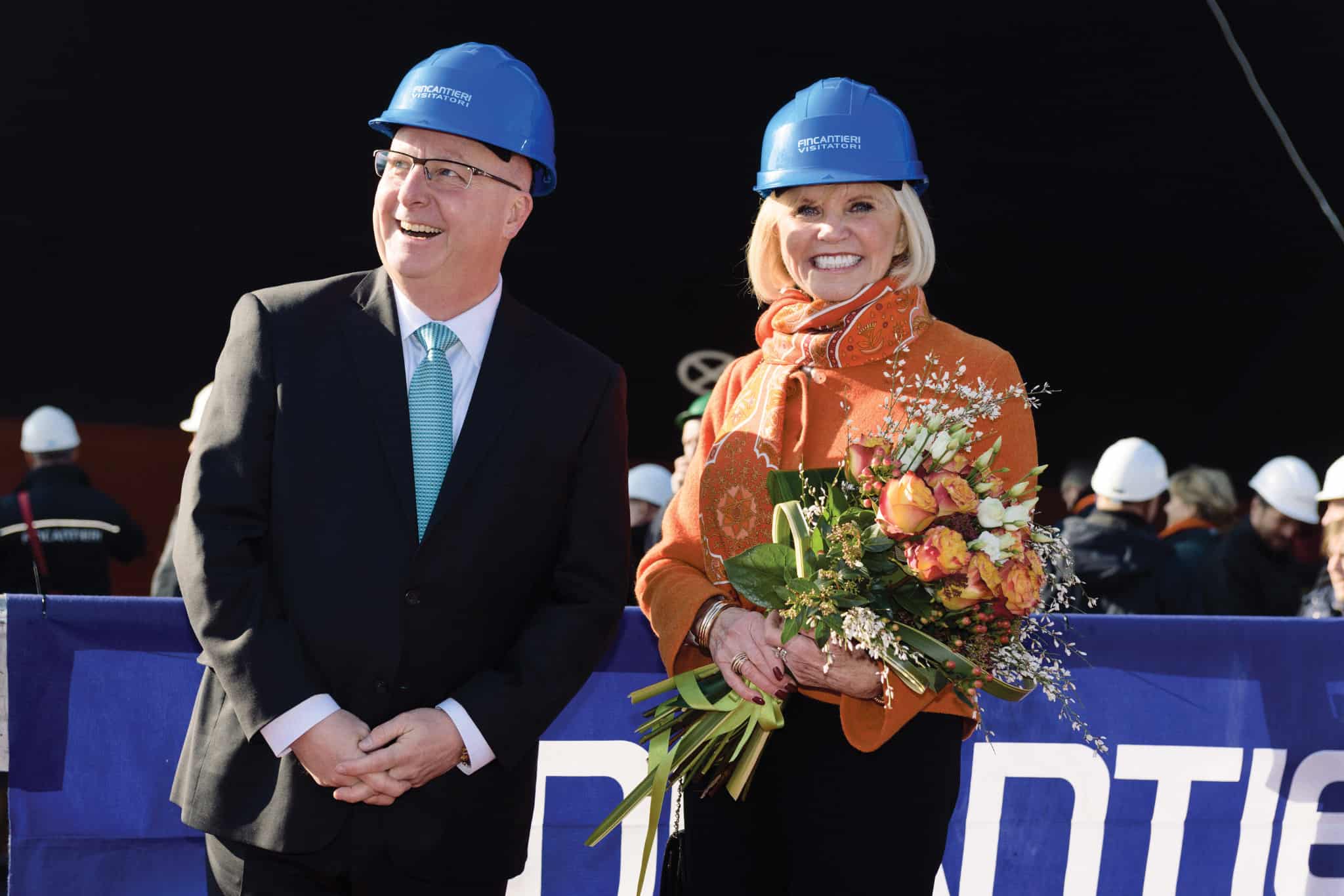 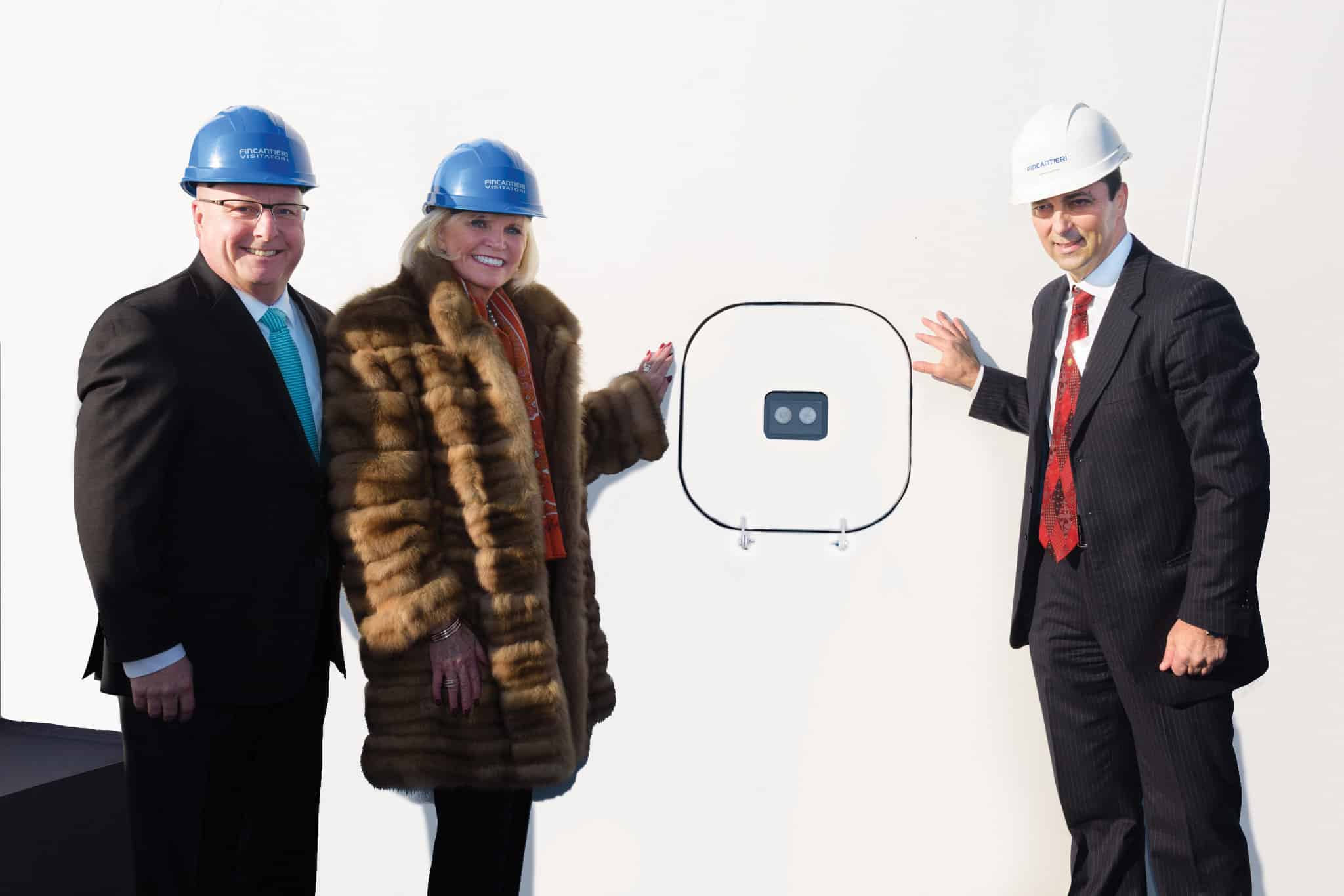 During the festivities, a dry dock gate was opened briefly so that water could touch the Nieuw Statendam‘s hull for the first time; a tradition during the coin ceremony. On December 21, the ship will be floated out and moved to an outfitting pier. Nieuw Statendam is the second Pinnacle Class ship, joining Koningsdam which launched from the same shipyard in April 2016. A third Pinnacle ship will set sail in 2021.

The 99,500-ton ship will have a similar design to Koningsdam, with public spaces designed by hospitality designer Adam D. Tihany and designer and architect Bjorn Storbraaten. Holland America’s first ship to be called Statendam sailed in 1898, and this will be the sixth ship in the company’s history to carry the name.