You’d have to be living under a rock to not have heard about the incident which unfolded on the Viking Sky earlier this week. With hundreds of passengers having to be airlifted off the stricken vessel after its engines failed in stormy weather off the coast of Norway, word of the event got out pretty quickly. (If, however, you somehow missed the story, click here for all the details.) 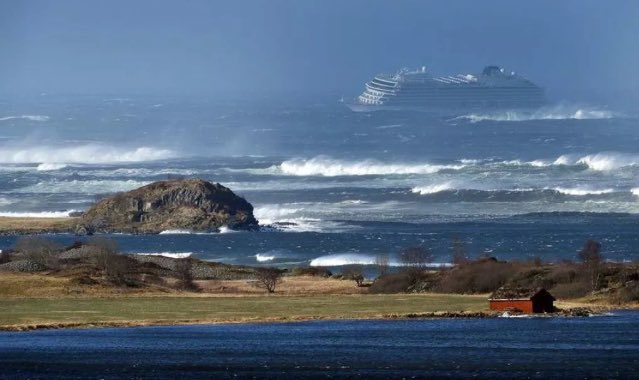 The Viking Sky was being evacuated off the coast of Norway. (Photo via Twitter user @VG2016D)

And, while there are investigations pending into why the ship sailed into stormy weather and what caused the engine failures, it’s worth noting that things could have gone far worse.

As of this writing, one passenger is described by NBC News as being in critical condition, while eight others are hospitalized — which is a somewhat incredibly low number given the dangerous conditions the ship, passengers, and crew dealt with during the rescue.

Despite the entire situation having a relatively happy ending, there are definitely lessons which can be learned in the event’s aftermath.

What We Can Learn From The Viking Sky Incident 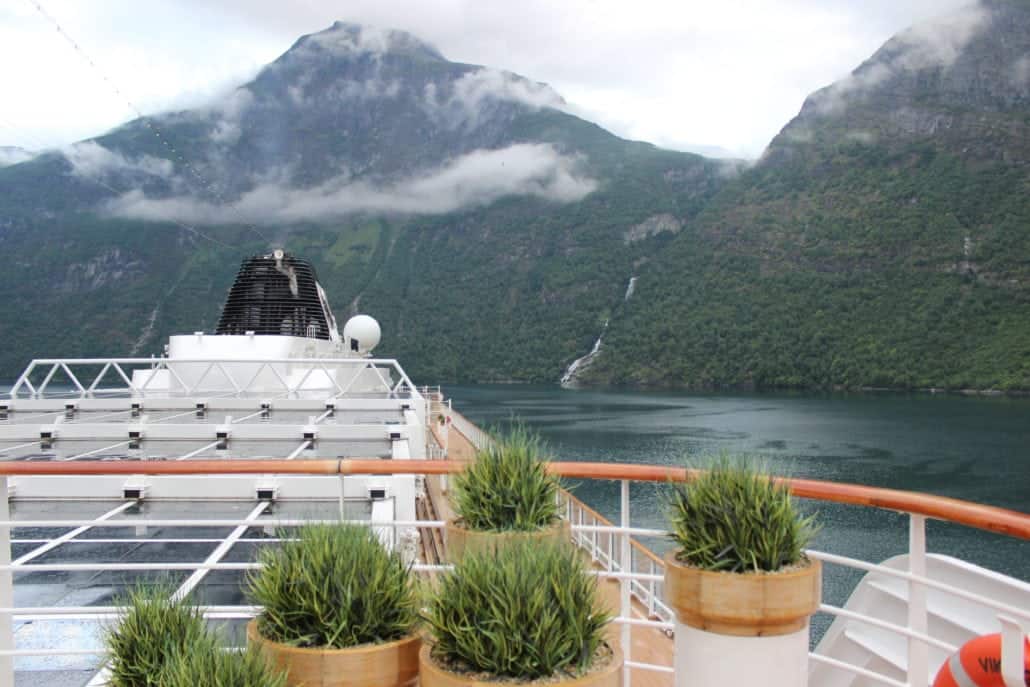 1. Staying Calm In A Crisis Is The Way To Go

It would have been incredibly easy for the passengers and crew aboard the Viking Sky to panic. But, as videos began to surface, what we witnessed was a group of people who were incredibly calm — even as pieces of the ceiling fell atop them, alarms went off, and water from waves cresting over the side of the anchored-in-place ship sloshed about their feet.

And not for nothing, but we suspect even the passengers who’d complained about attending the required muster drill earlier in the week were grateful to have undergone the safety training!

2. The Internet Can Be A Useful Tool 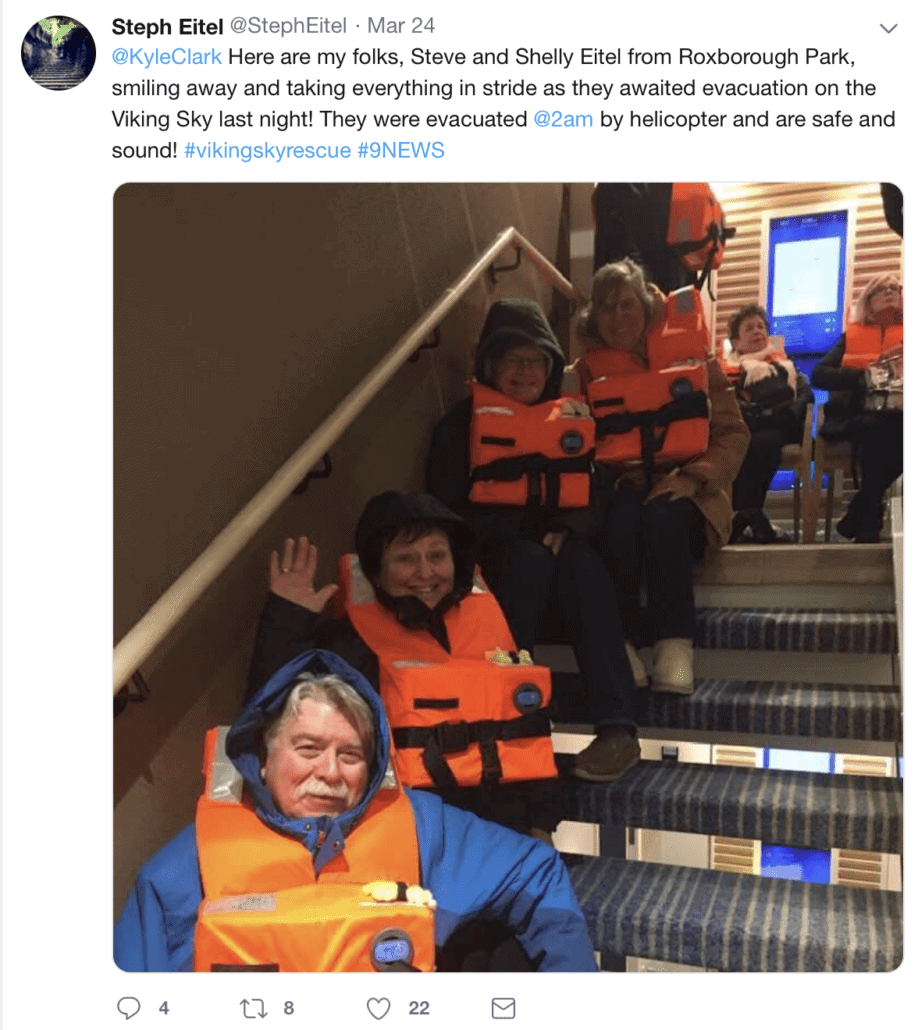 As the rescue attempts got underway — and the conditions appeared to be growing more dangerous — some landlocked folks who had friends and family on the crippled ship were able to get updates on their loved ones via social media in general (and Twitter in particular).

For example, @stephEitel tweeted, “Here are my folks, Steve and Shelly Eitel from Roxborough Park, smiling away and taking everything in stride as they awaited emergency evacuation… [they are] safe and sound!”

3. But, It Can Also Make A Bad Situation Worse

Search the hashtag #VikingSky and you’ll see thousands of tweets comparing the situation to the Titanic which, to be clear, it was nothing like. The ship did not sink. People didn’t die. And while Viking’s Chairman Torstein Hagen definitely understated the situation when he described the incident as “stressful and hectic for both guests and crew alike,” those who took things to the opposite extreme did more harm than good.

People looking for actual information about the ship’s condition or the safety of family members on board had to wade through overblown speculation, jokes about buffets and even flat-out misinformation.

4. The Industry Needs To Do Better

With multiple investigations under way, regarding why the ship sailed into bad weather, echoes of similar past incidents come to mind. Over the past few years, even as the number of major weather events experienced at sea has increased, so too have reports of captains making the seemingly ill-advised decision to sail into them.

Meanwhile, the fact that the conditions rendered the lifeboats useless and made rescue-by-sea impossible lead to a bigger, more troubling question: If after hours of airlifts, only around 400 of the 1,300 people on board were rescued, what would happen should a similar set of circumstances unfold on a mega-ship holding over 5,000 passengers?

Not to side with the naysayers, but this does seem like a question which should be addressed… before we learn the answer the hard way.

5.  The Media Is Not Generally Cruise-Friendly

There’s an old journalistic saying, “If it bleeds, it leads.” Where the cruise industry is concerned, the mainstream media translates “blood” as Norovirus, rough seas and anything else that can give them sensationalistic headlines.

With a few notable exceptions, the media tends to ignore cruise-related stories that they don’t have a disaster-movie element to them. This isn’t to say that things should be whitewashed, but some semblance of balance would go a long way.