During a ceremony with Bahamas tourism officials and Royal Caribbean, it was announced today that Royal Caribbean will build a pier at their private island destination CocoCay, to accommodate Oasis-class cruise ships.

At a signing today, the cruise line confirmed plans for a significant investment in major enhancements to CocoCay – its private island destination in The Bahamas – which will include the construction of a pier, additional guest features and amenities, and new opportunities for vendors and craftsmen to promote the culture of The Bahamas to visitors.

A date for construction has not been announced. 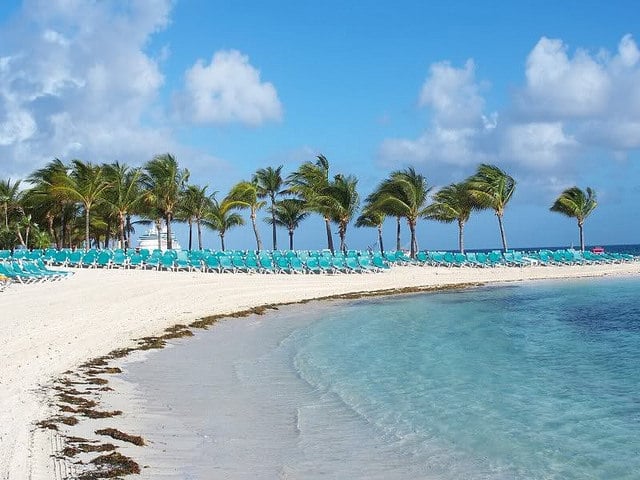 Royal Caribbean currently brings 1.7 million visitors a year to The Bahamas, with plans to significantly expand that number in the next decade as they add capacity in the region. Symphony of the Seas and Allure of the Seas will both be based in Miami next fall.