Royal Caribbean’s ship Enchantment of the Seas has returned to Port Canaveral.

The vessel has launched a new season of three and four-night cruises to the Bahamas from the Space Coast. Until 2016, the ship was homeported there before she moved to Miami. Now Enchantment is back, and the schedule of cruises from Canaveral will stop in Nassau and CocoCay, Royal’s private island. 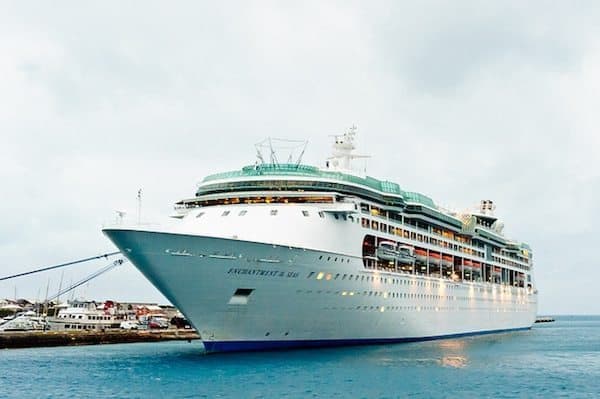 The Chairman of the Canaveral Port Authority Commission Admiral Wayne Justice joined with port staff in welcoming the ship back. Enchantment of the Seas‘ Captain Toni Tomljanovic was presented with a plaque to commemorate the ship’s return to Canaveral. 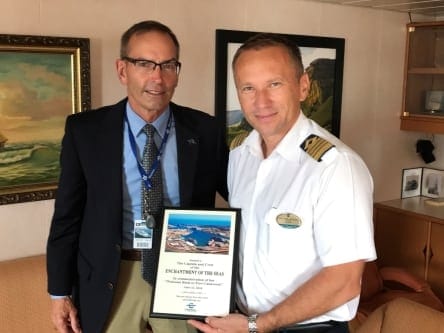 Enchantment is one of Royal Caribbean’s Vision class ship and is 990 feet long. Onboard are eleven decks and amenities including eight bars and lounges, a rock climbing wall, bungee trampolines, a Latin-themed lounge, and a disco.

Hi, this may be of interest to you: Enchantment of the Seas Returns to Port Canaveral. This is the link: https://cruiseradio.net/enchantment-of-the-seas-returns-to-port-canaveral/