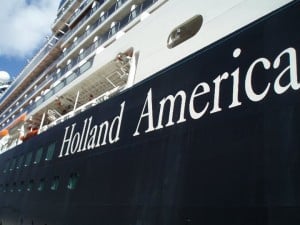 Known for their historic seaports and history — Holland America is planning on running three ships to the New England and Canada Coast for 2012: ms Eurodam, ms Maasdam, and ms Veendam.

These sailings are scheduled from May to October and will run between seven and fifteen days.

“Our Canada/New England itineraries are always popular, and by adding Veendam to the area during the fall foliage season more travelers are able to see this beautiful region during this special time of year,” said Richard Meadows, executive vice president, marketing, sales and guest programs.

The ships and schedules:

On Oct. 14 Eurodam will depart on a 13-day cruise from Québec City to Fort Lauderdale.  The cruise begins with an overnight aboard ship in Québec City and then sails for Saguenay, Baie-Comeau, Charlottetown, Sydney, Halifax, Bar Harbor, Gloucester (Boston) and

Veendam begins its Canada/New England season with a 13-day cruise from New York to Montréal Sept. 2. The ship will call at Gloucester, Bar Harbor, St. John, Halifax, Sydney, Charlottetown, Gaspé, Saguenay and Québec City along the way. Guests on this itinerary will enjoy an overnight call at Québec City before arriving at Montréal.

In September and October, Veendam will sail five seven-day itineraries between Montréal and Boston. Ports of call include Québec City, Charlottetown, Sydney, Halifax and Bar Harbor, with scenic cruising along the St. Lawrence River.

From May 12 through the Sept. 29 departure, Maasdam offers 15 seven-day sailings between Montréal and Boston, with calls at Québec City, Charlottetown, Sydney, Halifax and Bar Harbor. The itineraries feature scenic cruising along the St. Lawrence River and make an ideal option for families looking to take a summer cruise without traveling abroad.

Baltimore cruise passengers up in 2011