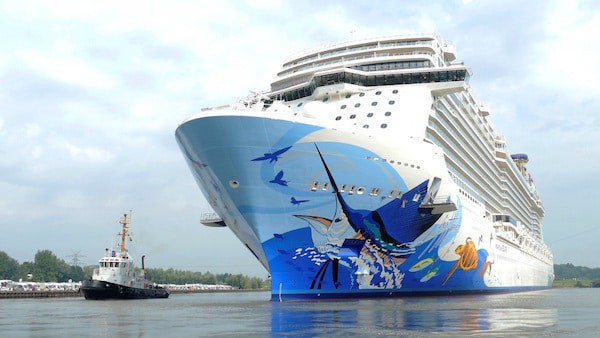 Norwegian Escape was floated out of MEYER WERFT’s covered building dock II on Saturday, August 15 in Papenburg, Germany, where the 164,600-ton ship has been under construction since September 2014.

Norwegian Escape’s float out represents a major milestone in the vessel’s construction, with the ship being well on her way to completion she will now move into the final phase of construction with delivery taking place on October 22, 2015.

Houston We Have a Problem

Send this to a friend
Hi, this may be of interest to you: Norwegian Escape Ready for Sea Trials. This is the link: https://cruiseradio.net/norwegian-escape-ready-for-sea-trials/