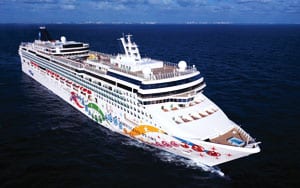 Norwegian Cruise Line is launching its “Repositioning Bonus Days” offer today, January 10, 2013, providing guests the opportunity to save on all Transatlantic, Panama Canal, Pacific Coastal and other Repositioning sailings of five days or longer. Guests who take advantage of this limited time offer will receive $100 to spend on board, free upgrades and an e-coupon booklet with more than $300 in on-board savings when they book a repositioning cruise reservation through January 11, 2013.

Sail the Panama Canal onboard Norwegian Jewel, Pearl, Star or Sun with fares starting at $949 per person. Panama Canal repositioning cruises range from 14 to 17 days.

Reason 101 to Use a Travel Agent: Constant Training