As part of the year-long celebration for Carnival Panorama which will debut on the west coast, Carnival Cruise Line has announced that their AirShip will be returning with a month-long journey across California. The blimp will launch on December 31, in conjunction with the line’s first-ever Rose Parade float on New Year’s Day.

The 120-foot Carnival AirShip will journey throughout Los Angeles, Orange County, San Diego, San Bernardino, and Riverside counties and then on to northern California. It will fly over major events and locations in the state, including The Rose Parade, travel agent viewing parties, select Sky Zone trampoline park locations, sporting events, schools, and Carnival’s homeports in Long Beach and San Diego. The blimp will also be incorporated into the design of Carnival’s float in the Rose Parade.

Along with the aerial tour, consumers will have a chance to win Carnival prizes, including a cruise for two when they enter a sweepstakes that begins on December 31. Details on that will be announced later this month. 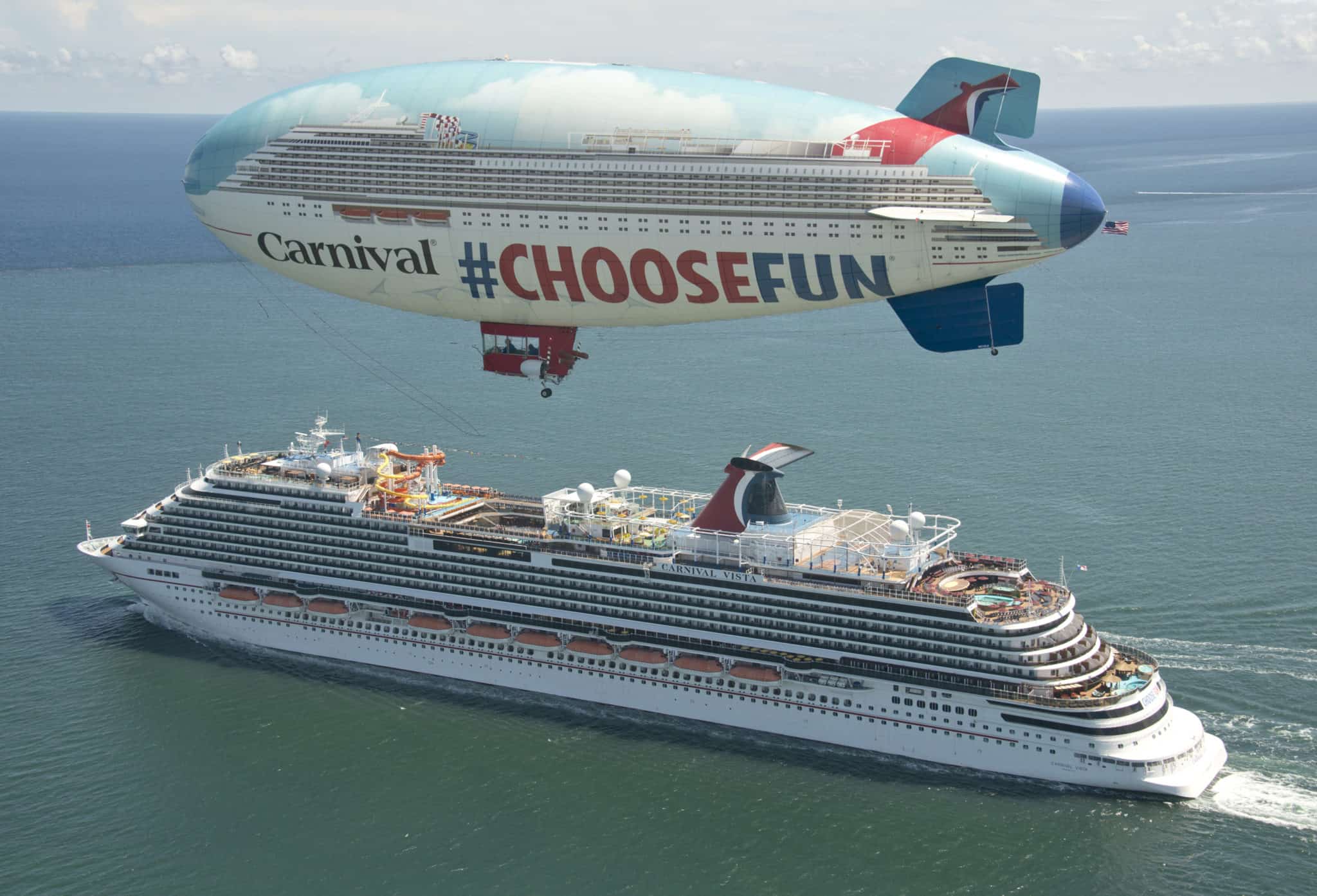 Additionally, those who want to take a photo of the blimp and use the hashtags #ChooseFun and #JumpIntoFun – inspired by the first-ever Sky Zone at sea which will debut on Carnival Panorama – Carnival will make a donation to St. Jude Children’s Research Hospital. The AirShip made its inaugural journey this past summer in the southeast US, celebrating the arrival of new ships in multiple homeports.

“The Carnival AirShip was so well received when she debuted earlier this year that we’re bringing her back to celebrate the arrival of Carnival Panorama to Long Beach and highlight our West Coast expansion,” said Christine Duffy, president of Carnival Cruise Line.  “Carnival is the number one cruise line from Southern California and the AirShip is a unique way to promote the many ways our guests can Choose Fun from the West Coast.”

Carnival Panorama will debut with a special three-day inaugural cruise from Long Beach on December 11, 2019, followed by the launch of seven-day Mexican Riviera cruises year-round on December 14.

This World Cruise is 119 Days Long

Send this to a friend
Hi, this may be of interest to you: Carnival Cruise Line Announces New Blimp Tour. This is the link: https://cruiseradio.net/carnival-announces-new-blimp-tour/