The very first ship in Carnival Cruise Line’s Dream class, Carnival Dream, celebrated her 10 year anniversary this week. To mark the special occasion, Carnival threw a birthday party in the ship’s atrium. While there are several potential “birthdays” that can be marked — such as the day the first piece of steel was cut, or the date of her inaugural cruise — in this case, they were commemorating the fact that the ship first touched the water on October 24, 2008. 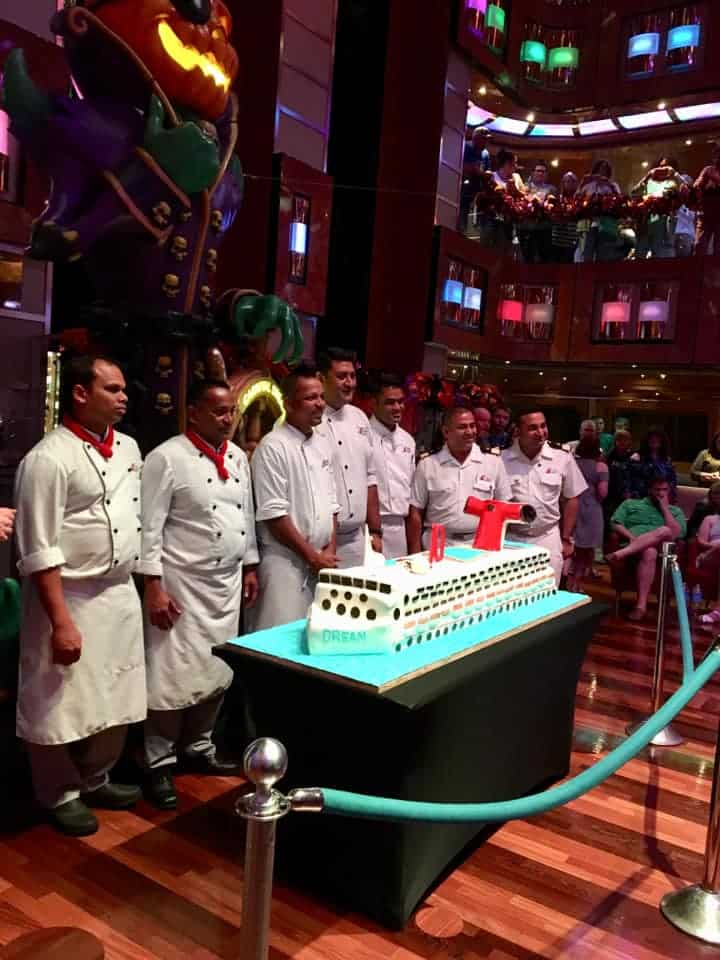 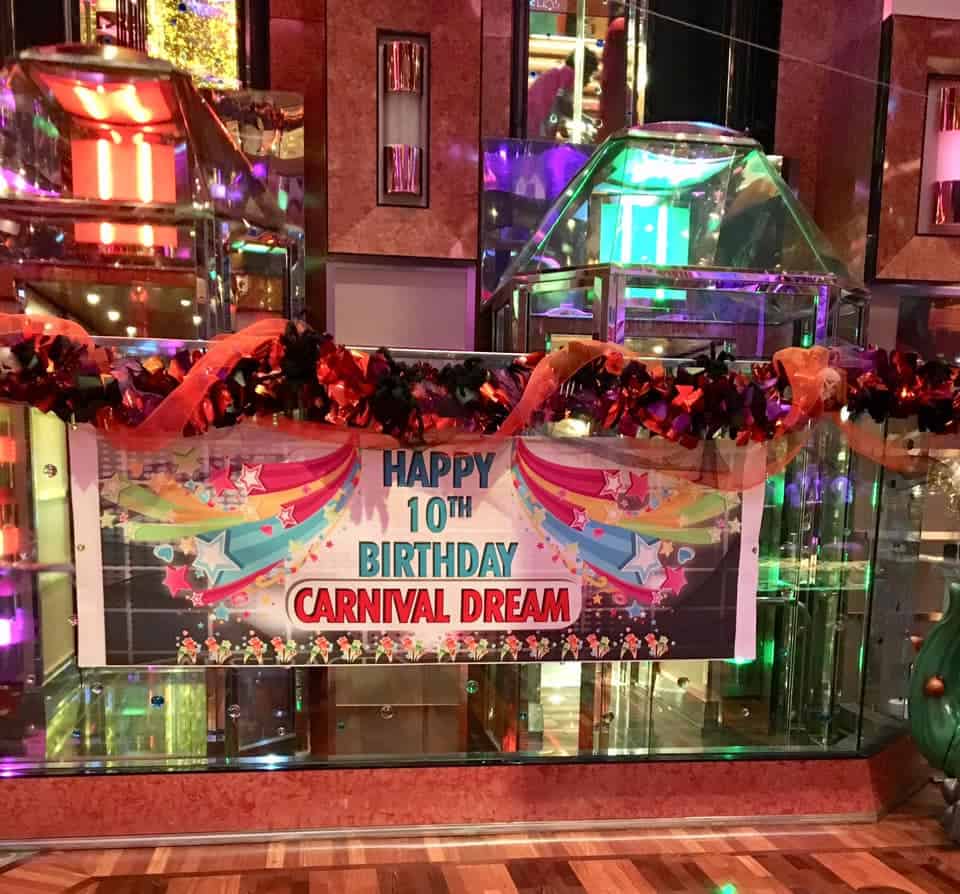 A birthday banner hanging in the atrium of Carnival Dream. (Photo: Schenika Harrison)

Of course, you can’t celebrate a birthday party without a cake, and the ship’s culinary crew did their home proud by whipping up a confectionery concoction replicating the 130,000-ton vessel (but weighing, we’re going to guess, significantly less!).

And just to make sure everyone on board knew to wish the lady many happy returns of the day, a massive banner was hung in the main atrium reading, “Happy 10th Birthday Carnival Dream!” 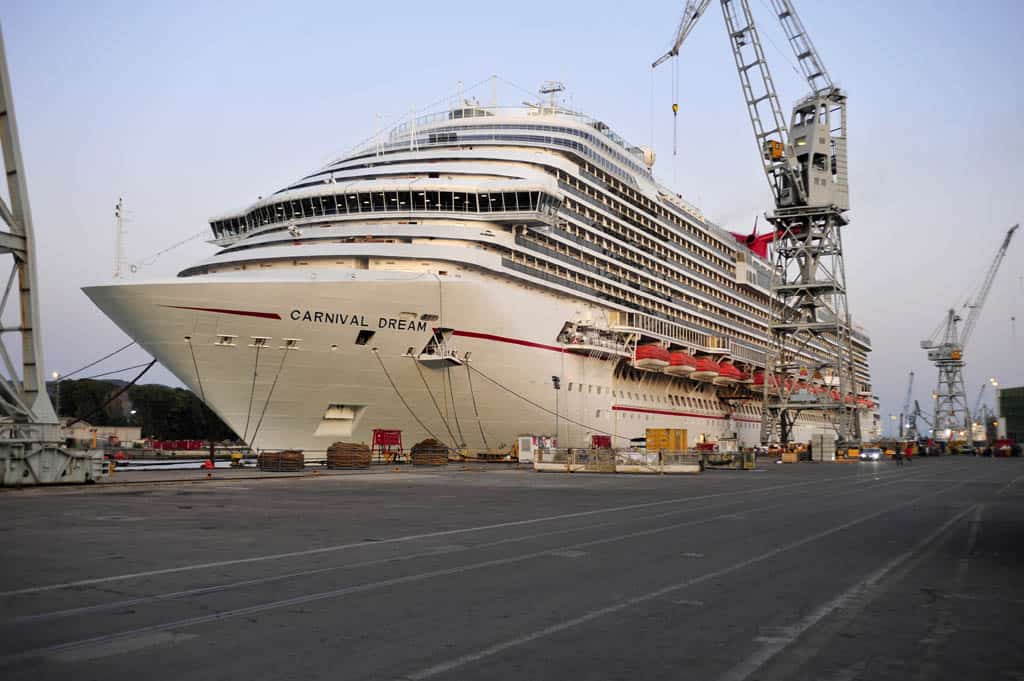 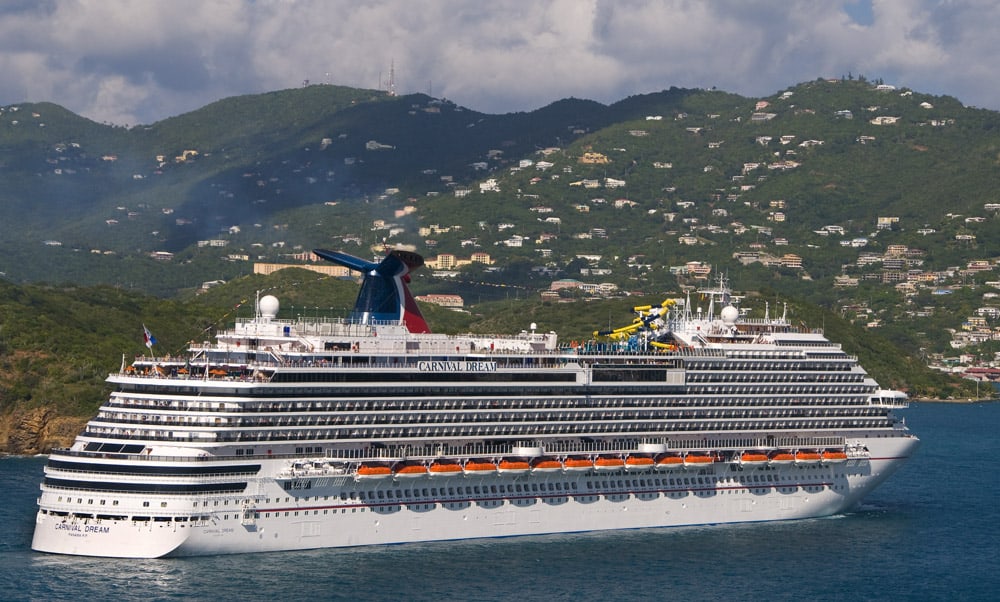 The first in her class, the Dream would be joined by Carnival Magic in 2011 and the Carnival Breeze in 2012.

When first launched, the Carnival Dream was the largest ship in the fleet, and she featured 19,000 square feet of space catering to children and families, an expansive WaterWorks aqua park — including what was, at the time, the longest water slide at sea — a half-mile wrap-around outdoor promenade with whirlpools that extend over the ship’s sides and an indoor/outdoor event venue called Ocean Plaza. Of course, in the years since, many of those attractions have become standard across the entire Carnival fleet.

The Dream currently is sailing 7-night itineraries out of New Orleans.