When Darian Lipscomb was 9 years old, he went on his first cruise and, like most of us, fell in love with the experience. Now, his love of cruising in general — and Carnival Cruise Line in particular — has paid off in a big way… as in he and his family are going to be taking a dream vacation aboard the line’s newest ship, Carnival Horizon! 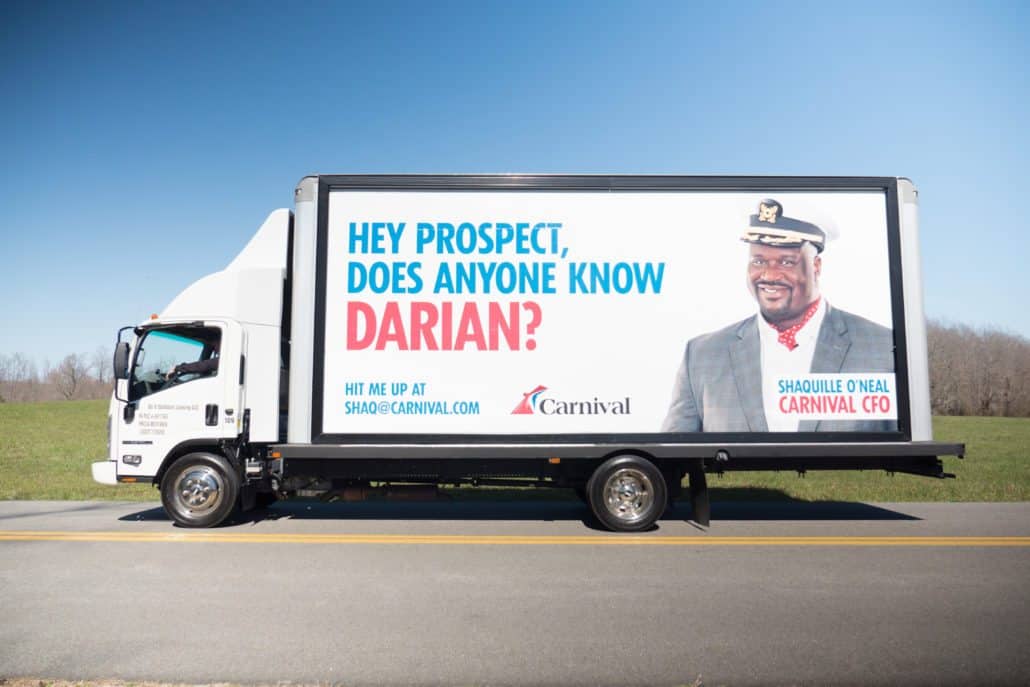 What Carnival Wanted In Exchange

It turns out that after Lipscomb’s cruise, he was flying high. “I wanted to share it with my friends,” the Prospect, Virginia told the Richmond Times-Dispatch. So in 2012, he went on Snapchat and created the handle @CarnivalCruise on which to share pics of his amazing trip. As it turns out, the folks at the cruise line had more than a passing interest in obtaining that particular Snapchat handle for themselves… so they went looking for Darian.

The next thing you know, flyers featuring Shaquille O’Neal, aka Carnival’s recently-appointed “Chief Fun Officer” — began popping up around town saying, “Hey, Prospect, does anyone know Darian?” But the real surprise came when the now-15-year-old… well, we’ll let him tell the story!

“I answered the door,” the now-15-year-old told the paper, “walked outside and saw my name on a big truck! I was really surprised!” The next thing you know, he’d traded the Snapchat handle so that he and his family could be booked on a trip to Barcelona to be among the first passengers to sail aboard the Carnival Horizon!

“We thought this would be a fun way to claim our handle and reward a superfan at the same time,” says Robyn Fink, Director of Consumer Public Relations for Carnival. “We’re so excited to give Darian and his family this once-in-a-lifetime seagoing experience!”

This will be the teen’s fourth cruise, and it will all be chronicled on Carnival’s social media… including, of course, the Snapchat account which started it all.

Send this to a friend
Hi, this may be of interest to you: Carnival Cruise Trades Teen Dream Vacation For Snapchat Handle. This is the link: https://cruiseradio.net/carnival-cruise-trades-teen-dream-vacation-for-snapchat-handle/