Carnival Magic is returning to her European roots in 2021 to offer a series of Mediterranean cruises before sailing a diverse North American itinerary. 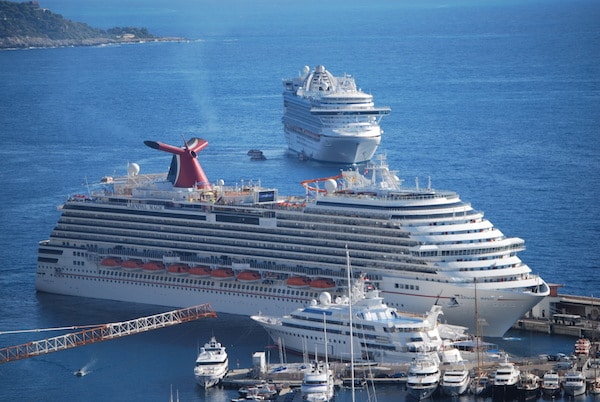 The ship will then undergo a two-week-long dry dock followed by a series of seven- and eight-day Mediterranean cruises from Barcelona through April 25.

These voyages call at some of the region’s most popular destinations, including Valletta, Malta; and Marseilles, France, as well as Livorno, Civitavecchia (Rome), Naples and Messina, Italy. Details on the dry dock will be provided in the coming weeks.

Carnival Magic will then return to the U.S. on a 12-day trans-Atlantic voyage from Barcelona to New York May 3-15, 2021, calling at Cartagena and Malaga, Spain; Funchal (Madeira), Portugal; and Halifax, Nova Scotia.

Beginning June 17, Carnival Magic will kick off a summer schedule from New York operating four- to nine-day voyages to Bermuda, The Bahamas, the Caribbean, Canada and New England. The schedule runs through Sept. 24, 2021.

In November 2021, Carnival Magic will shift to Port Canaveral for a winter schedule of six- and eight-day Caribbean voyages from the Space Coast.
Two different six-day itineraries are offered – one visiting Amber Cove, Grand Turk and Half Moon Cay or Nassau while another features Cozumel, Belize and Costa Maya.

In total, Carnival Magic will sail from four cities across two continents visiting 33 different destinations in Europe, the Caribbean, Bermuda, The Bahamas, New England and Canada in 2021.

First launched in 2011, Carnival Magic spent her initial months sailing the Mediterranean before homeporting in Galveston, Texas in fall 2011.

Send this to a friend
Hi, this may be of interest to you: Carnival Magic Will Return to Europe in 2021. This is the link: https://cruiseradio.net/carnival-magic-will-return-to-europe-in-2021/