Celebrity Edge has officially arrived in her new home – Port Everglades in Hollywood, Florida. Her arrival marked the end of her first-ever, 15-day transatlantic crossing.

Over 1,400 excited crew members stood on the decks and waved to a sea of shoreside colleagues who gathered to welcome the ship and her crew to their new home. An exclusive welcome event was hosted at the Nova Southeastern University Oceanographic Center.

After the arrival of Edge to T25, Lisa Lutoff-Perlo, President and CEO of Celebrity Cruises and Richard Fain, Chairman and CEO of Royal Caribbean Cruises hosted a grand opening ceremony in the new terminal. The affair was attended by brand executives and Broward County and City of Hollywood officials, and the ribbon-cutting ceremony marked the official grand opening for the first terminal designed exclusively for the Celebrity brand. 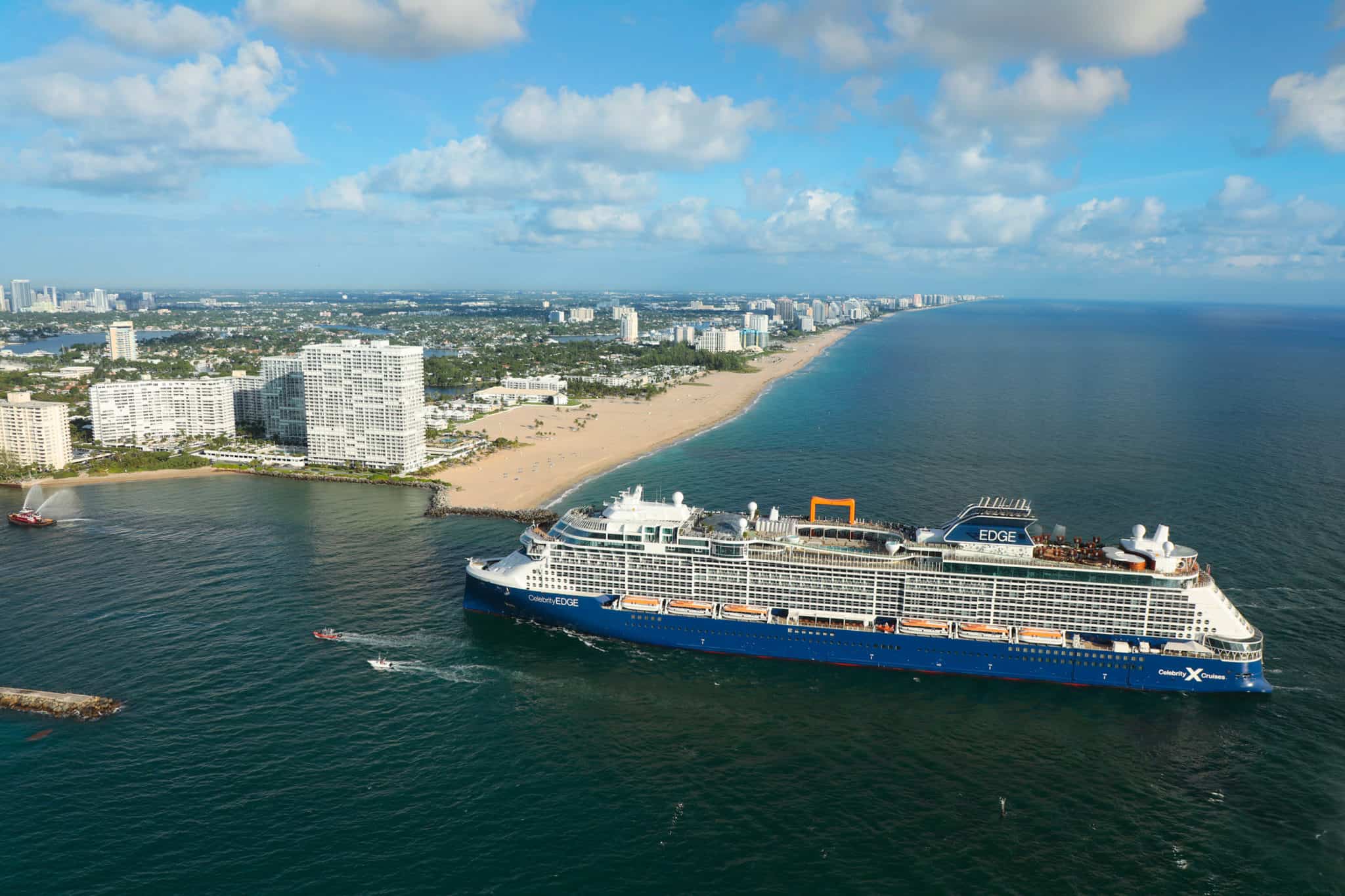 T25 features expedited arrival which streamlines the check-in process, an interactive light wall installation, and a special experience for The Retreat guests with an exclusive lounge, elevator lobbies, screening areas, and a private rooftop terrace.

The ship embarked on the over 4,000 mile transatlantic voyage from the Chantiers de I’Atlantique shipyard in Saint-Nazaire, France on November 4, 2018 with over 1,400 crew members onboard. Along the way, the ship visited ports in Azores, Portugal as well as Freeport, Bahamas.

Celebrity Edge begins her inaugural season sailing alternating eastern and western Caribbean itineraries. In spring 2019, the vessel will cross the ocean again to offer a range of 7 to 11-night cruises in the Mediterranean.

Bookings are now open at celebritycruises.com/edge.

Hi, this may be of interest to you: Celebrity Edge Arrives in Port Everglades. This is the link: https://cruiseradio.net/celebrity-edge-arrives-in-port-everglades/