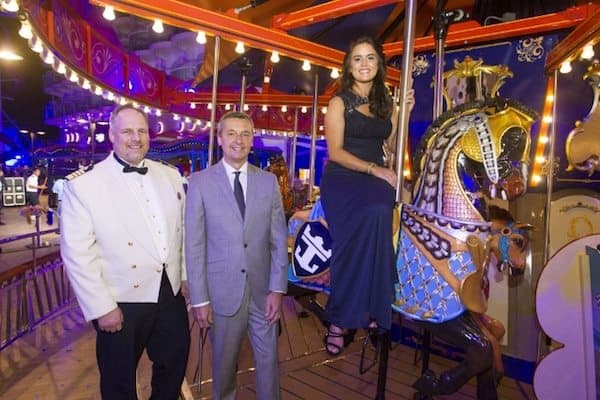 Royal Caribbean celebrated the homecoming of their newest (and the world’s largest) cruise ship, Harmony of the Seas November 10th.  Brittany Affolter from Teach for America Miami-Dade, the ship’s godmother, christened the vessel and officially named her in an onboard ceremony.  To further welcome the ship to her new homeport, singer and songwriter and Miami native Jon Secada took center stage, performing some of his greatest hits.

Joining sister ships Oasis and Allure of the Seas on the east coast of Florida, Harmony offers seven-night cruises to the eastern and western Caribbean.  The ceremony also featured the traditional maritime ceremony of breaking a bottle onboard, and the blessing over her passengers and crew. 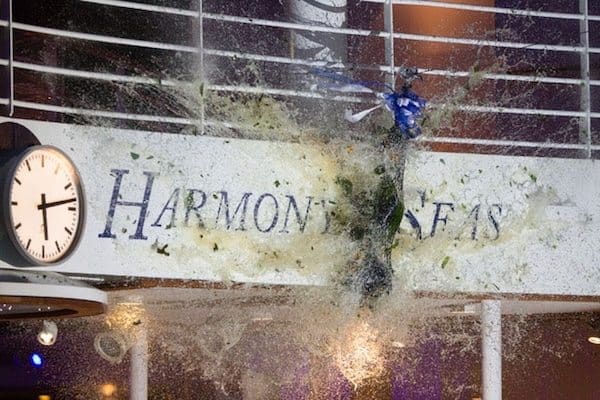 The bottle has broken!

Harmony boasts many of the same features as her sister ships, like the seven-neighborhood concept, as well as many of the same entertainment features and dining venues.  One new and notable feature is the largest slide at sea: Ultimate Abyss, which drops a total of ten decks from beginning to end.

Send this to a friend
Hi, this may be of interest to you: Harmony of the Seas Officially Named. This is the link: https://cruiseradio.net/harmony-seas-officially-named/