We’ve all had the thought about cruise ship food consumption. You’re walking through the buffet looking at the massive amounts of food waiting to be enjoyed, and you ask yourself, “Geez, I wonder how much food they go through?” And while the buffet is the most obvious example, it’s also only a small portion of what’s available on your typical cruise ship. Heck, one of the reasons it can be so difficult to decide where to eat is that there are just so many options! 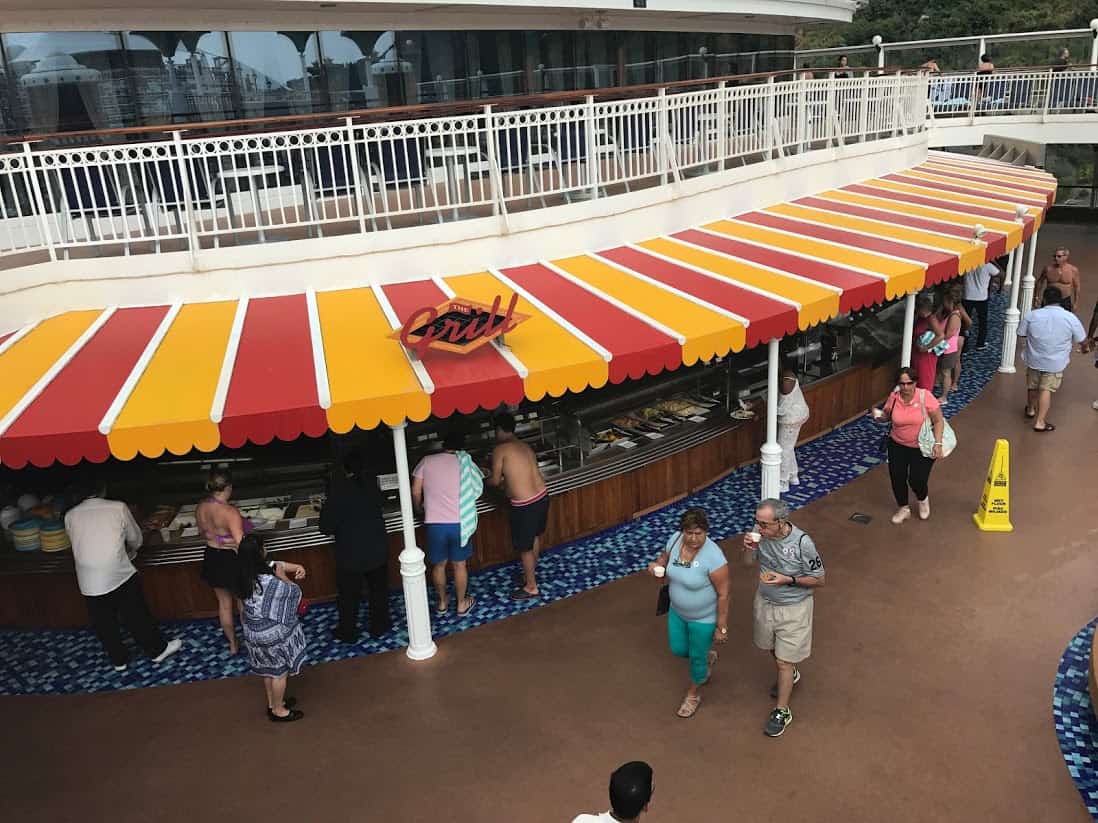 One of the many Freestyle Dining options.

There’s the buffet. And the main dining room (of which there are usually at least two). Don’t forget the various specialty restaurants! What about all those pastries and other tasty treats at the coffee shop where you get your morning boost of caffeine? Heck, most ships put out late-night snacks in the casino, and some have people wandering around handing out fresh fruit or little nibbly bits. I always say that you’ll never go hungry on a cruise ship, and everyone “jokes” about the 10 extra pounds you’ll pack on during your trip. But how much food does it actually take to feed a small city of people, most of whom are — it’s pretty safe to assume — probably consuming more than they would during a typical week back home? 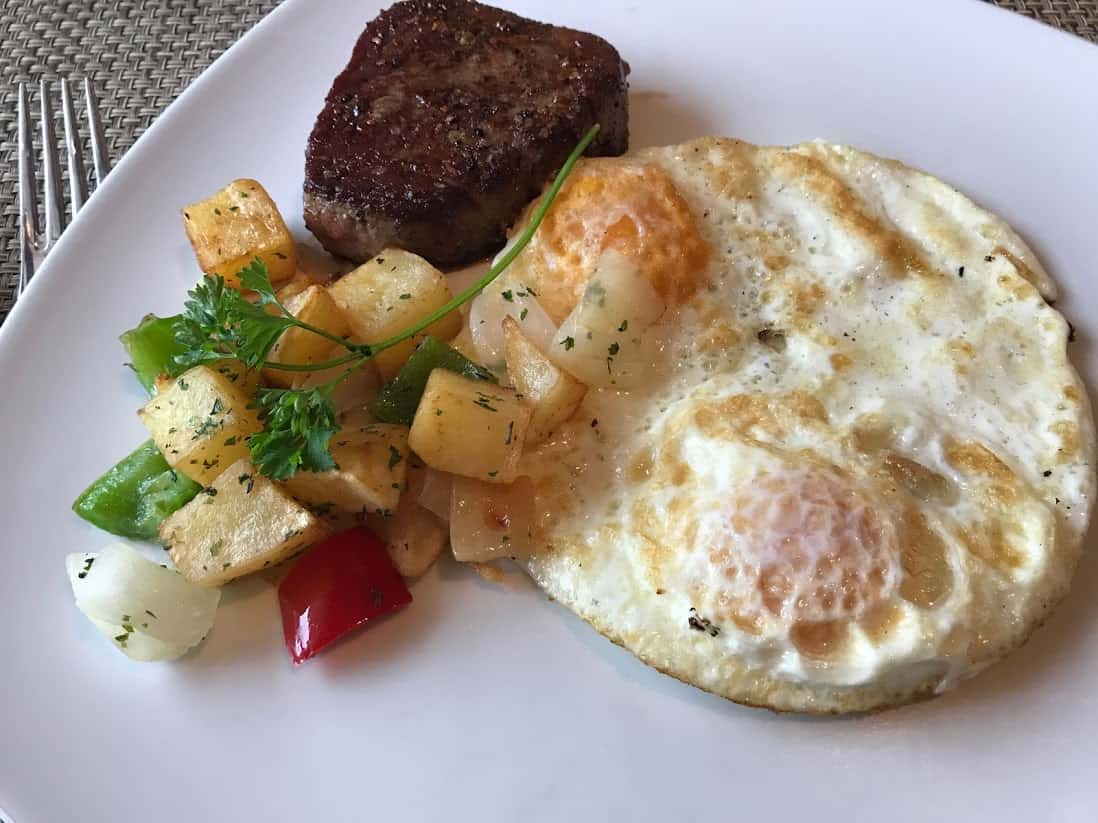 As it happens, I recently had the chance to sit in on a technical talk with several officers from a midsize ship. On hand for the discussion were the food and beverage manager, hotel director and navigation team. During the course of the session, they shared a lot of fascinating information about what it takes to keep things running on an even keel, as it were… including how much food they go through during a typical week. The numbers — some of which I shared in the infographic below — are kinda mind-blowing. What makes them even more staggering is when you really think about the fact that each of those numbers represents not a year’s or month’s worth of consumption, but a single week. 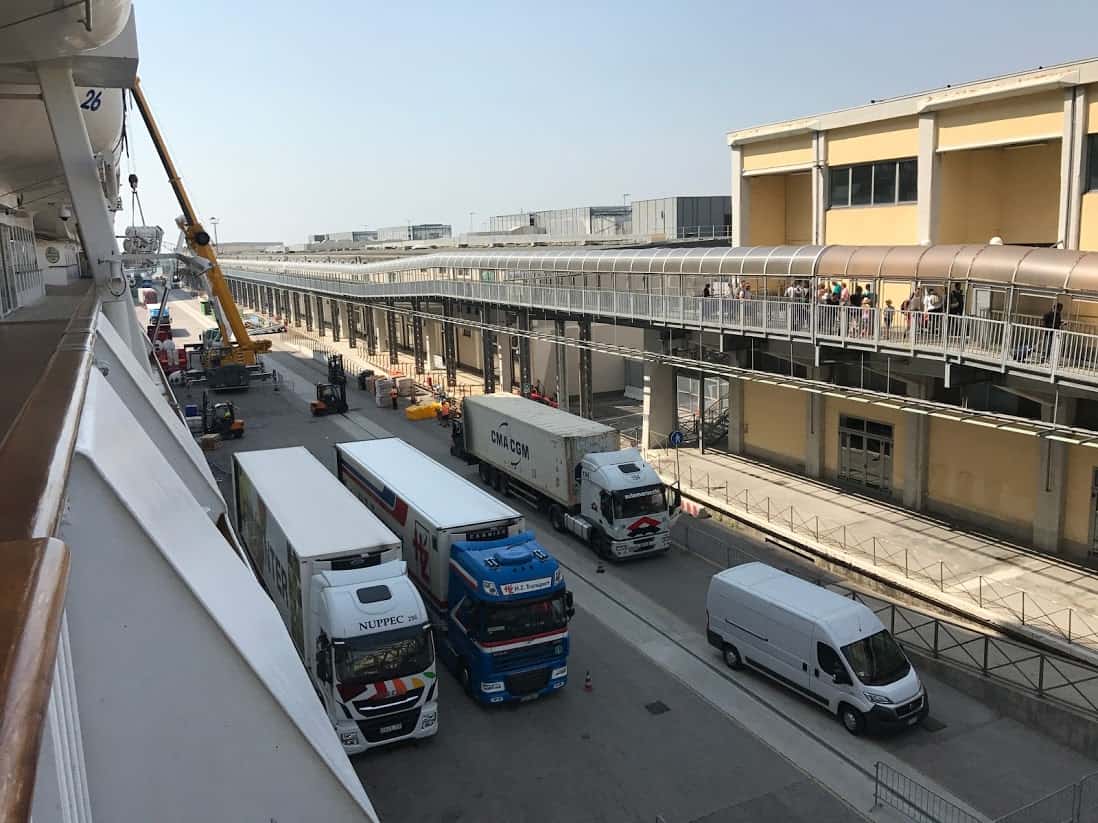 Provisioning trucks lined up to load up the ship full of food.

To make sure everything stays fresh, the people responsible for ordering supplies places their food order a week in advance.  When they leave the dock, their larders are filled to the brim. And if they’ve done their jobs correctly, they had enough to last the entire voyage, but not a whole lot of extra stock. Once they return with their supplies depleted, the ship is loaded up again (always a fun process to watch, whether from the terminal as you’re waiting to board or, with first-drink-of-the-cruise in hand, from one of the decks onboard) with a fresh batch of eggs, meat, fish, chicken and more.

Take a look at the numbers below… and remember, this is for a typical one week voyage upon a midsize ship!

Cruise Quiz: How Big A Cruise Fan Are You?

Hi, this may be of interest to you: How Much Food Does a Cruise Ship Go Through?. This is the link: https://cruiseradio.net/how-much-food-does-a-cruise-ship-go-through/