Norwegian Cruise Line will be giving away a free cruise every week between now and September 23 as part of their Summer Friday sweepstakes.

How To Win A Free Cruise

In introducing the contest, Norwegian Cruise Line’s president and CEO said that the company was “so excited about summer, we love it so much, we thought we’d do something a little bit different. So we’re launching Norwegian’s Summer Fridays. This is the chance for you to win a cruise… I can’t believe it! We’ve made Fridays better than they already are!”

So how do you enter to win one of the weekly giveaways?

By following the instructions posted each Friday and posting the requested photo to Norwegian’s Twitter feed (@cruisenorwegian), Facebook page or Instagram feed with the hashtag #NorwegianSummerFridays.

For example, this week, they are asking that you post your favorite beach photo with the required hashtag. After each call for entries is posted, would-be winners will have the weekend to post the required pictures, with the winners being announced on Monday. 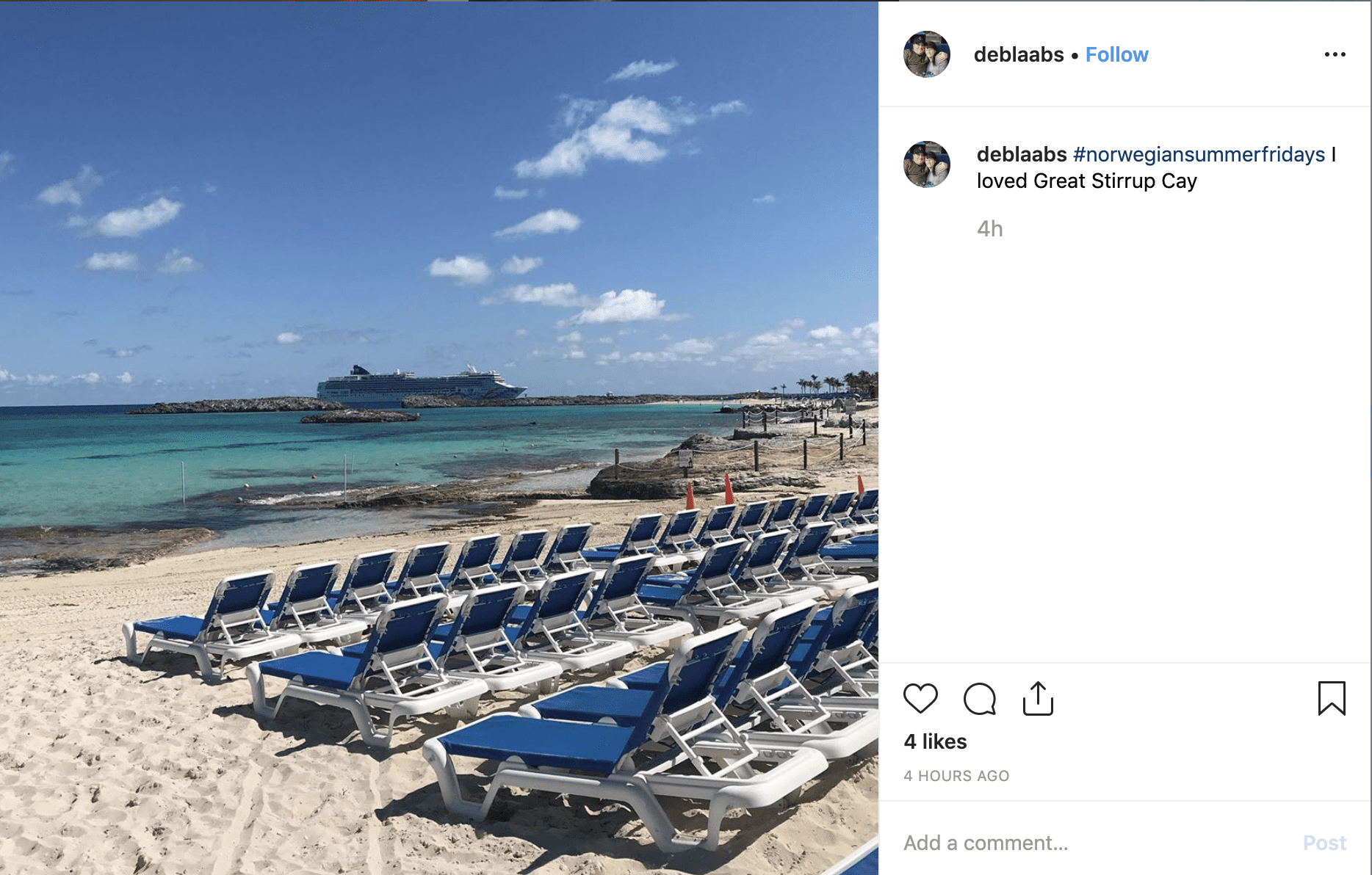 Each submitted post will serve as one entry, and the selected winner of each weekly promotion will receive a 3-, 4- or 5-night cruise on a select Norwegian ship in a balcony stateroom.

The names of the winners will be posted to Norwegian’s various social media outlets (the same ones on which contestants will post their pictures).

All in all, 14 prizes will be awarded.

Please note that no one (including any winner or guest) under the age of 21 will be able to book unless they are accompanied by someone over 21, although an exception is made in the case of married couples who are under that age.

The prize is also not transferable to another party.

And by entering, you’re giving Norwegian permission to use you in any future advertising/promotional materials they may choose to.

For full details on the contest and further explanation of the rules, click here.

Send this to a friend
Hi, this may be of interest to you: How You Can Win One Of 14 Free Cruises From Norwegian Cruise Line. This is the link: https://cruiseradio.net/how-you-can-win-one-of-14-free-cruises-from-norwegian-cruise-line/