Hurricane Michael is the next storm that is disrupting cruise itineraries in the Gulf of Mexico, in what has been a relatively quiet hurricane season. As of Tuesday morning, the hurricane was spinning in the Gulf of Mexico and making her way towards Florida’s panhandle with landfall expected on Wednesday afternoon. 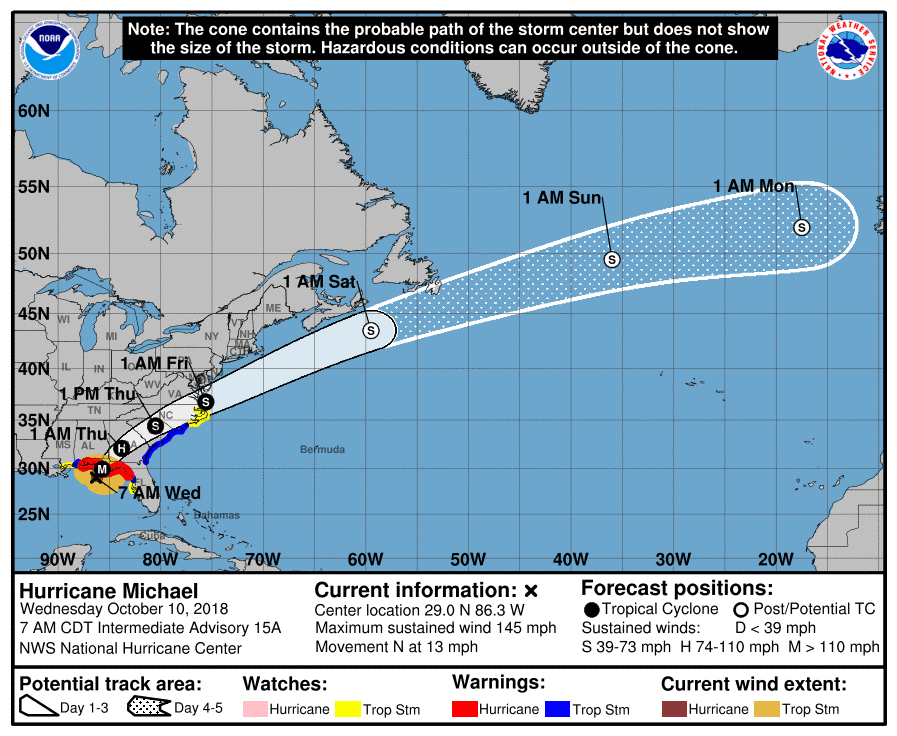 Royal Caribbean’s Chief Meteorologist, James Van Fleet, said on his Twitter account, Hurricane Michael has sustained winds around 140mph, and is Cat 4 strength. All RoyalCaribbean Ships have stayed behind the storm. Majesty off the Seas will arrive slightly delayed (estimate of 10am arrival) PortTampaBay. Grandeur of the Seas might leave 2 hours early Thu.

As of 8 a.m. Wednesday, Hurricane Michael’s top sustained winds were around 145 mph as it heads towards the Florida panhandle.

Send this to a friend
Hi, this may be of interest to you: Hurricane Michael Diverts Caribbean Cruise Ships. This is the link: https://cruiseradio.net/hurricane-michael-diverts-caribbean-cruise-ships/