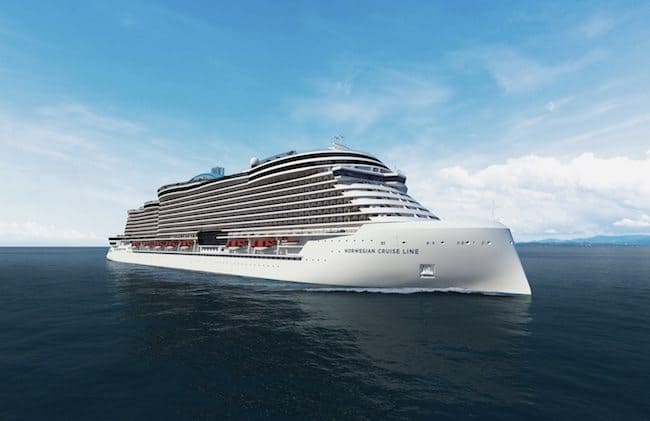 Norwegian Cruise Line Holdings has announced today that they’ve reach an agreement with Fincantieri shipyard to build the next generation of cruise ships for its Norwegian Cruise Line brand.  Four ships are on order for delivery in 2022, 2023, 2024, and 2025, with an option for two more in 2026 and 2027.

Dubbed “Project Leonardo,” the four 140,000 gross ton ships will each hold around 3,300 guests, and be built on the success and flexibility found on the line’s recent Breakaway-Plus class ships.  A priority for the company in the new ships’ prototype is energy efficiency, with the aim to optimize fuel usage and reduce environmental impact.

“This new class of ships will continue Norwegian Cruise Line brand’s legacy of introducing meaningful innovation to the cruise industry,” said Frank Del Rio, president and CEO of Norwegian Cruise Line Holdings.  The contract price for each of the four vessels is approximately 800 million euros per ship.