It’s been a rough couple of days for the Norwegian Epic, which saw its current sailing cut short by an onboard power failure and then accidentally plowed into a part of the San Juan pier where it intended to tie-up until the mechanical failure could be addressed. 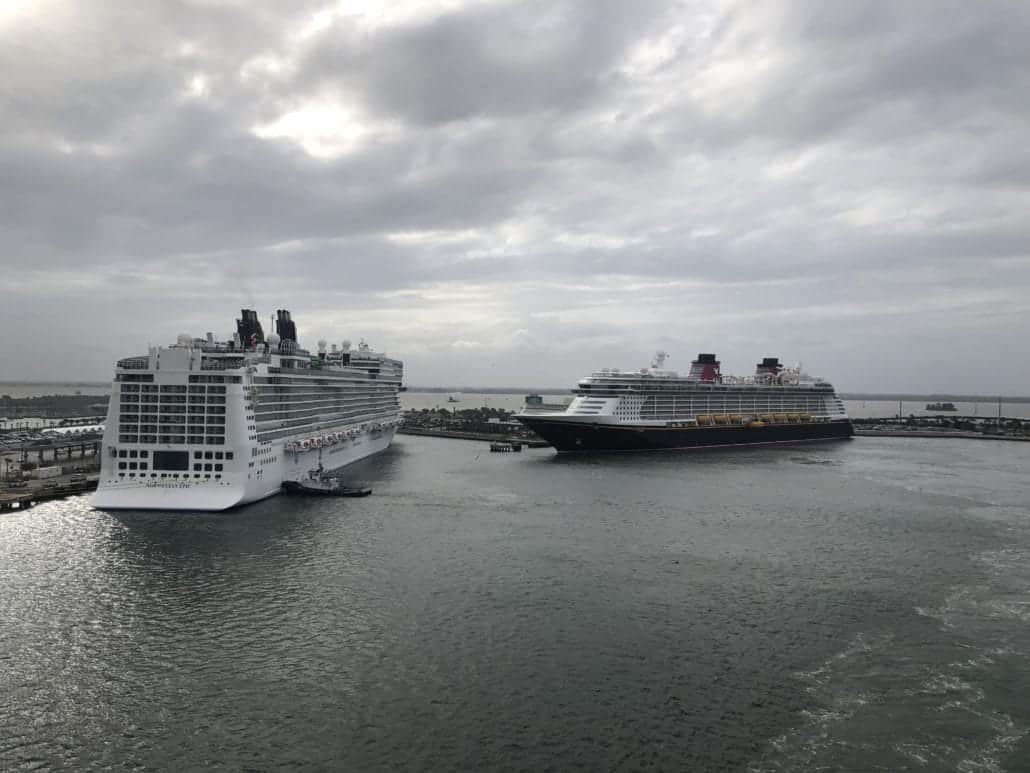 Norwegian Epic leaving Port Canaveral on Saturday with the assistance of a tug boat.

The troubles began earlier this week when the Norwegian Cruise Line ship lost power. After thanking passengers for “choosing Norwegian Epic for your vacation at sea,” a letter distributed onboard went on to explain that the ship was “experiencing a mechanical issue.”

It went on to say that, “While this issue does not affect the safety of the ship, it will prevent us from sailing our scheduled itinerary. To this end, we will no longer call to Tortola or St. Thomas. We will instead overnight in San Juan, Puerto Rico, on Tuesday, February 12th, so that we may access the situation.” 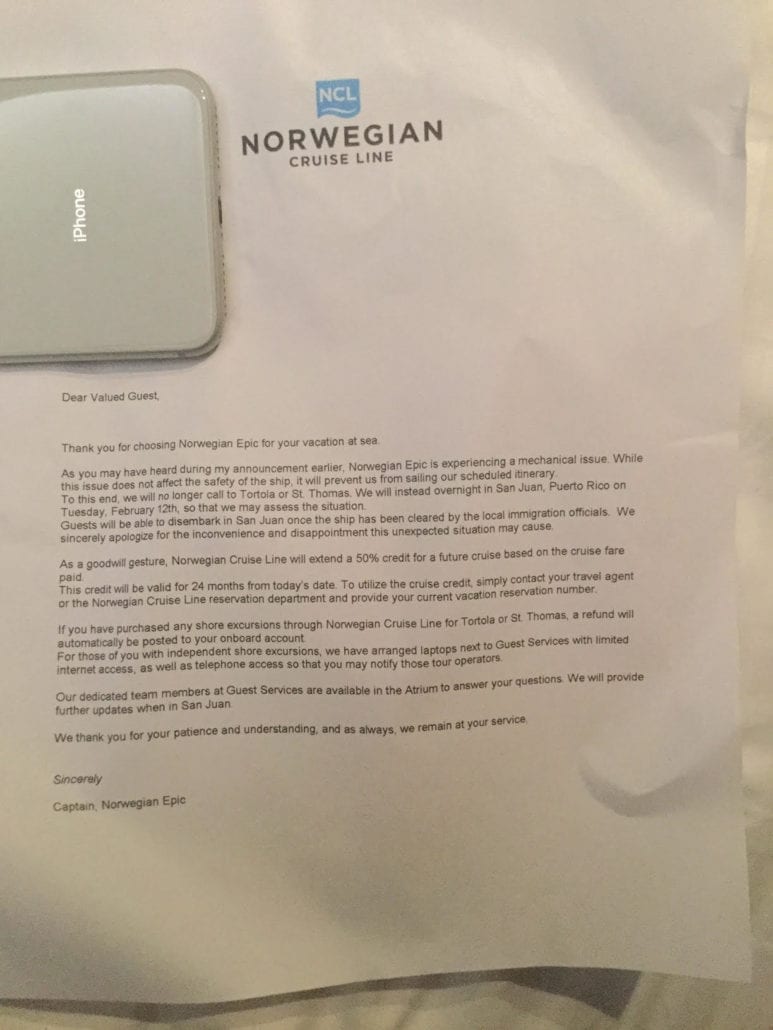 Guests were told that they were being permitted to go ashore in San Juan once the ship had been cleared by local immigration officials. “We sincerely apologize for the inconvenience and disappointment this unexpected situation may cause,” the letter said, adding that passengers would receive a 50 percent credit for a future cruise, good for two years, “as a gesture of goodwill.”

How The Ship Hit The Pier

Unfortunately, the ship’s problems did not stop there. According to a tweet sent out by the line’s official Twitter account (@cruisenorwegian), “Today as Norwegian Epic was maneuvering into Port of San Juan, Puerto Rico, with a local pilot on board and the help of two tug boats, prevailing winds caused the ship to veer towards the pier damaging two mooring points at Pier 3 East.”

A second tweet added, “No injuries have been reported and guests are currently disembarking the ship as previously scheduled. We are working closely with local authorities to assess the damage.”

Send this to a friend
Hi, this may be of interest to you: How This Cruise Ship Crashed Into a San Juan Pier [VIDEO]. This is the link: https://cruiseradio.net/norwegian-epic-crashed-into-san-juan-pier/