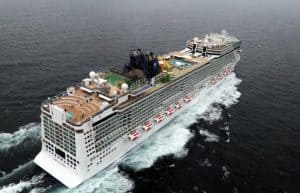 Norwegian Cruise Line (“Norwegian”) today announced the next three “Legends” to perform as part of Legends in Concert on board Norwegian Epic beginning Saturday, November 5, 2011 when the ship returns to Miami, Florida.  The tribute artists are performing as some of the world’s most recognized entertainers – Lady Gaga, Steven Tyler and Elvis Presley.   A staple on the Las Vegas’ center strip for over 25 years, Legends in Concert is known as the pioneer of live tribute shows and has assembled the greatest collection of live tribute artists and celebrity look-alikes in show business.

“Legends in Concert continues to be a guest favorite. We are excited to present Lady Gaga, Steven Tyler and Elvis as our next round of tribute artists,” said Kevin Sheehan, Norwegian Cruise Line’s chief executive officer.  “With Norwegian Epic returning to its homeport in Miami, this is the perfect time to debut these talented performers as they appeal to music fans of all ages.”

Video: Carnival Liberty back in Miami and ready to cruise; Fun Ship 2.0