Princess Cruises has announced that Chef Pierre-Marie Leprince, Director of Guest Culinary Experience, has been honored with the distinction of Master Chef of France by the prestigious Association of the Master Chefs of France. He was inducted in March 12, and is the only U.S.-based chef de cuisine to be awarded this year.

In 2018, Chef Leprince will be one of 30 chefs from around the world who will be admitted to the association, whose mission is to “preserve and spread French culinary arts, encourage training in cuisine, and assist professional development.” Members are often given the highest classification in restaurant guides and are considered noted authorities on French cuisine. They frequently judge national and international cooking competitions.

Born in Brittany, France, Leprince is just one of four chefs affiliated with cruise lines to be admitted. There are 560 members worldwide in the association. Also recently noted to the association is Chef Emmanuel Renaut, who partnered with Princes and Leprince on “La Mer,” a French bistro on Majestic Princess. 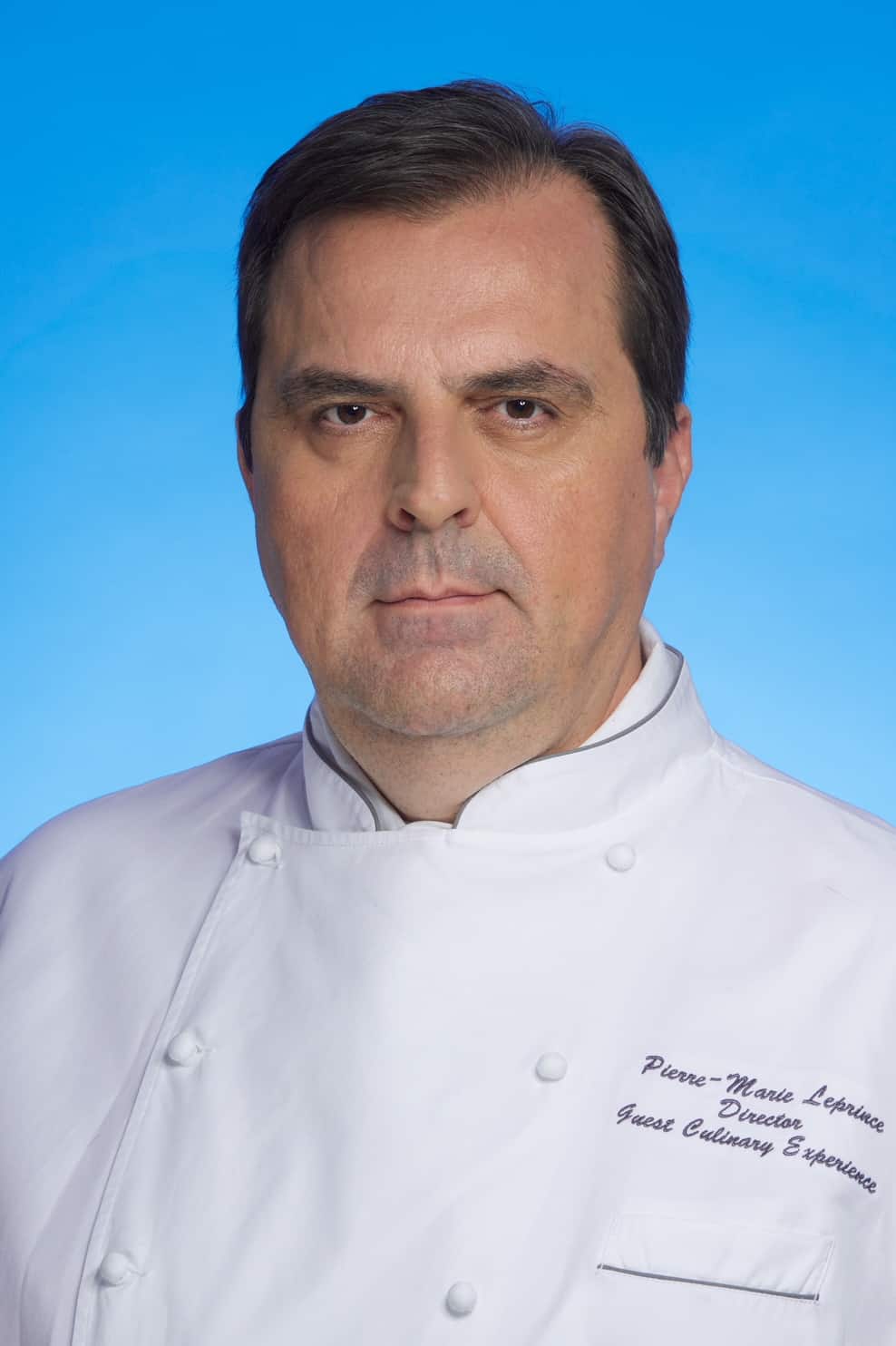 Pierre-Marie began his training in 1984 in the southwest of France in the region of Perigord. Upon completing his apprenticeship in 1986, he was awarded the Gold Medal of Hospitality of Aquitaine, the Silver Medal of Bordeaux, and the Tourism Trophy of Aquitaine at the national food show of Exp’hotel in Bordeaux. He them moved to Paris and began working at Maxim’s, after which be brought the acclaimed restaurant’s cuisine to Maxim’s of Beijing. After working for resorts and travel companies around the world including Disneyland Paris, Disney Cruise Line, and Sandals Resorts, he joined Princess Cruises in 2010.

As Director of Guest Culinary Experience, Chef Leprince works with Princess’ executive and onboard culinary teams to ensure they maintain the highest standards. He and his team strive to ensure that guests discover the unique flavors of the places they visit while onboard. He’s also responsible for developing and updating the menus on all 17 Princess ships.

Send this to a friend
Hi, this may be of interest to you: Princess Cruises Chef Named a 'Master Chef of France'. This is the link: https://cruiseradio.net/princess-cruises-chef-named-a-master-chef-of-france/