Princess Cruises’ 2020 Canada & New England cruise season showcases the fall foliage in iconic destinations along the east coast, and even offers a chance to head north and visit Greenland. Two ships will sail in the region, Sky Princess which will be brand new, and Caribbean Princess.

The season features 16 departures, visiting 16 destinations on five itineraries from 5 to 16 days long. There will also be select cruises in the summer. Highlights include: 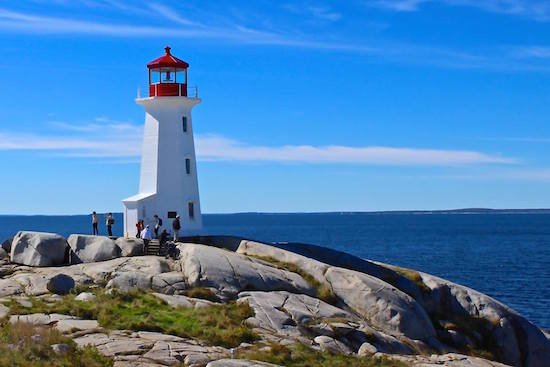 Peggy’s Cove Lighthouse is an excursion option on a Canada/New England Cruise.

Princess guests can choose among Discovery and Animal Planet shore excursions, which range from yacht racing and wine tasting to exploring lighthouses and seeing Fenway Park. Also, during every 10-day Classic Canada & New England itinerary, the line offers departures at 9 pm or later in Québec City and Boston so passengers have plenty of time to explore those cities during their time there. When they return to the ship, regionally-inspired dishes will be available at dinner, including things like New England Crab and craft cocktails such as the Boston Cream Pie Martini.

To further extend guests’ vacations, Princess offers two cruisetour options to see the sites of colonial America or Niagara Falls and the best of eastern Canada:

Send this to a friend
Hi, this may be of interest to you: Princess Cruises Reveals 2020 Canada/New England Schedule. This is the link: https://cruiseradio.net/princess-cruises-reveals-2020-canada-new-england-schedule/