Sixthman has announced the first wave of festivals at sea for the 2019 season. Fans onboard the recent sailings of The Outlaw Country Cruise, The Rock Boat, truTV’s Impractical Jokers Cruise, and Cayamo this year were treated to advance news that each will return for another voyage in 2019.

“Next year will mark a return to Florida for Sixthman as the spring cruises will depart from Tampa starting at the end of January. “Guests who enjoyed moments that make life rock on Sixthman festivals at sea in 2018 (and those that missed them) will hopefully be as excited as we are to see the first wave of announcements for our 2019 season,” explains Sixthman CEO Anthony Diaz. “We’re so proud to be bringing back so much talent, fun and adventure to our guests. 2019 is going to be another incredible year together at sea.”

Kicking off 2019 will be The Outlaw Country Cruise 4, sailing January 27 to February 1, 2019. Hosted by Sirius XM’s Outlaw Country channel, the 4th sailing of the popular event will take place on Norwegian Pearl. Sailing from Tampa, the cruise will make stops in Nassau and on Norwegian’s private island Great Stirrup Cay. Artists for the 2019 cruise will be announced in the near future, and fans can register for the pre-sale at outlawcountrycruise.com. 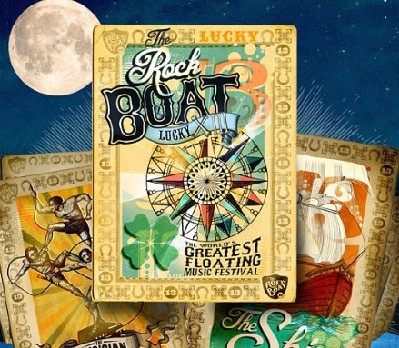 The Impractical Jokers Cruise is returning for its third sailing of comedy and fun. Following a sold-out sailing this past year, the 2019 cruise will set sail February 6-10 aboard Norwegian Pearl. It will depart from Tampa and stop in Great Stirrup Cay. The Tenderloins Comedy Troupe again leads the way: Joseph “Joe” Gatto, James “Murr” Murray, Brian “Q” Quinn, and Salvatore “Sal” Vulcano all return to the ship in 2019 as your hosts and captains of laughs, with a full list of performance to be added soon. Register for the pre-sale at impracticaljokerscruise.com.

Rounding out the first wave of 2019 announcements is the return of Cayamo, celebrating its 12th edition next year. The 7-day Americana and folk festival will depart February 10 from Tampa and take guests to Montego Bay, and Costa Maya before returning on February 17. Norwegian Pearl will play host to this weeklong festival, as well. Initial performers will be announced soon. You can register for the pre-sale at cayamo.com.

Why Norwegian Believes Cruisers Will Spend More In 2018

Send this to a friend
Hi, this may be of interest to you: Sixthman Announces Early 2019 Music Cruises. This is the link: https://cruiseradio.net/sixthman-announces-early-2019-music-cruises/