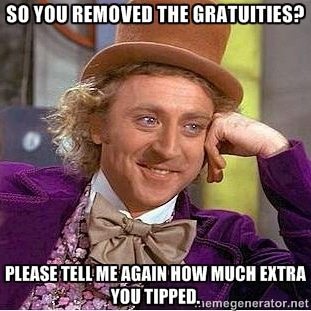 Every time a cruise line announces that they are raising the amount being charged — per person, per day — for gratuities, a slew of people declare that they will opt out once on board in favor of using their own discretion when it comes to how much individuals should get. The oft-made argument is that if staffers do not have to earn a tip, the level of service will fall. After all, the crew will be getting money one way or the other, so why should they go above-and-beyond in order to get what’s already coming to them?

Inevitably, people opting out of pre-paying their gratuities insist that they will be slipping little white envelopes (or discretely folded up cash) directly to those whom they deem worthy of recognition. Unfortunately, this plan does not account for the many folks who work behind the scene and who are also included when your pre-paid gratuities are divvied up.

Oh, and also… how to put this so as not to offend? Um…

Not all people all the time, of course, but we all know people who will proclaim their intention to tip at their own discretion and then not hand out a single dime. After all, who is to know? If you’re sitting in a restaurant, the waiters will likely assume that you pre-paid the gratuities, as do the vast majority of cruisers. In fact, those who opt out of pre-paying gratuities with the excuse that crew members should have to earn their tip would seem to be missing (or purposefully ignoring) a simple fact: The folks tending to your needs don’t know that you’ve opted to tip-as-you-go, meaning they have provided you the exact same level of service they would have if you’d pre-paid those gratuities up front.

Generally speaking, I’m a big believer that the louder someone boasts of their intent to tip individually when debating the subject on message boards, the less likely they are to actually do so. What can I say, I’m a cynic. But we’re all friends here, and not at all the types to fib, so let’s open up the floor: Do you think pre-paid gratuities leads to worse service? If you decide not to pre-pay, how do you decide who to tip how much? And, not to encourage ratting out your friends and family, but do you know someone who has the gratuities removed from their cruise tab… and then fails to actually tip the servers? 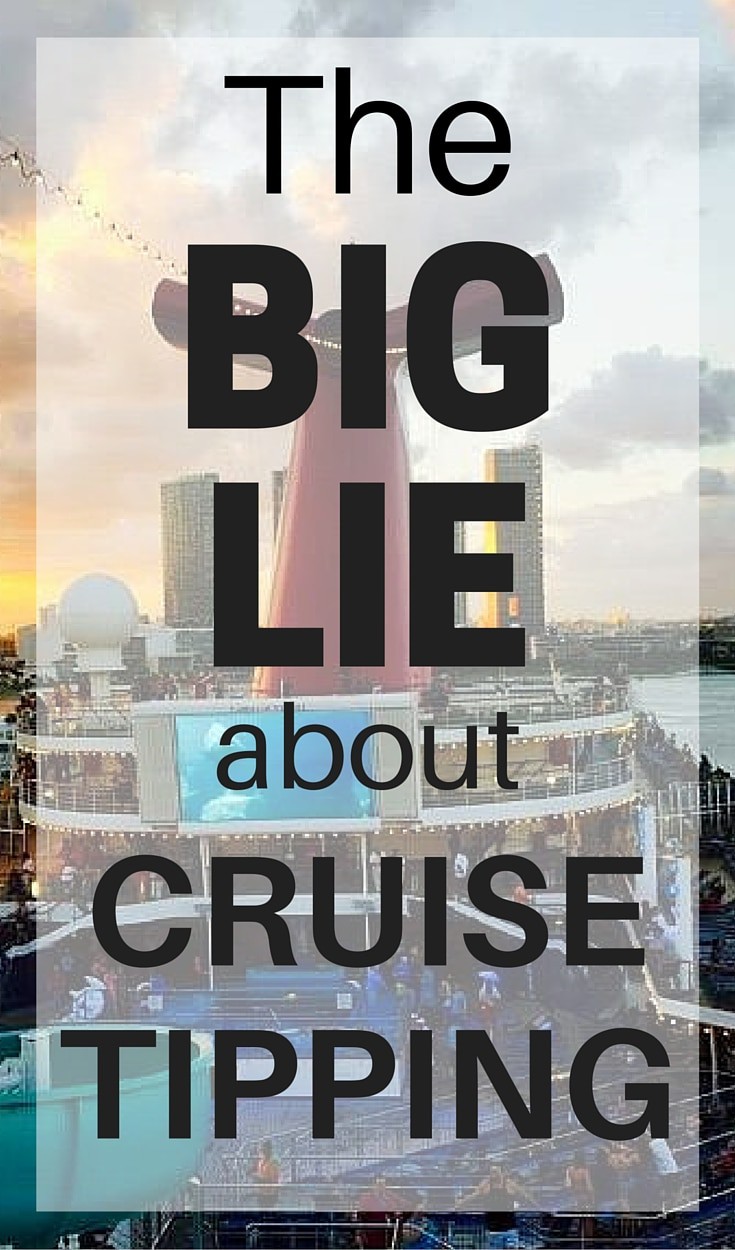 Send this to a friend
Hi, this may be of interest to you: The Big Lie About Cruise Tipping. This is the link: https://cruiseradio.net/the-big-lie-about-cruise-tipping/