On October 27, half of Windstar Cruises’ fleet happened to be in Barcelona at the same time, which is a rare occurrence, especially for a cruise line that only has six vessels all together.

Star Breeze, Wind Surf, and Wind Star (one power yacht and two sailing yachts) were all in the colorful Spanish city at the same time, and departed one after another on their own separate itineraries in the Mediterranean.

Passengers were excited for the unique photo opportunity, and crews and captains took advantage of the special circumstance to visit each ship and connect with friends and colleagues onboard. 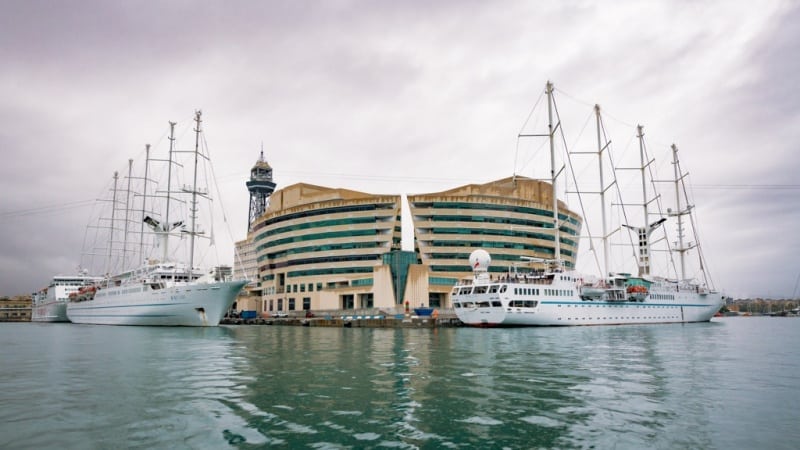 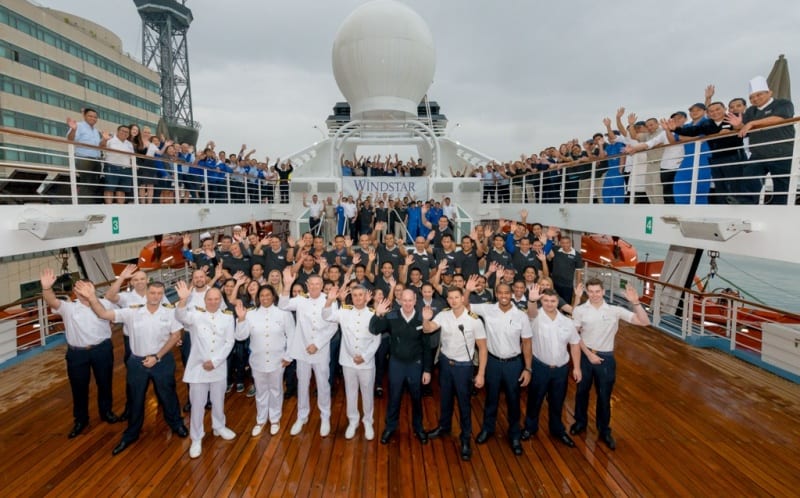 Windstar Cruises operates a small fleet of sailing and all-suite ships throughout Europe, the Caribbean, Costa Rica & the Panama Canal, Asia, Alaska, British Columbia, and New England. They also cruise year-round in Tahiti. The boutique cruise line carries 148 to 310 passengers on each ship and all together visits ports in nearly 80 countries.

Check out Windstar at windstarcruises.com.

Celebrity Edge Heads Off to America

Send this to a friend
Hi, this may be of interest to you: Three Windstar Ships Visit Barcelona on the Same Day. This is the link: https://cruiseradio.net/three-windstar-ships-visit-barcelona-on-the-same-day/