It definitely does not suck to be Pitbull. The rapper, also known as Mr. Worldwide, is ridiculously popular, has sold approximately 10 gazillion albums, has his own Sirius-XM radio station and — the thing most likely to inspire jealousy among cruisers — is the Godfather of the Norwegian Escape.. Now, he’s hosting the second annual Pitbull After Dark cruise… and a lucky winner is going to join the fun! 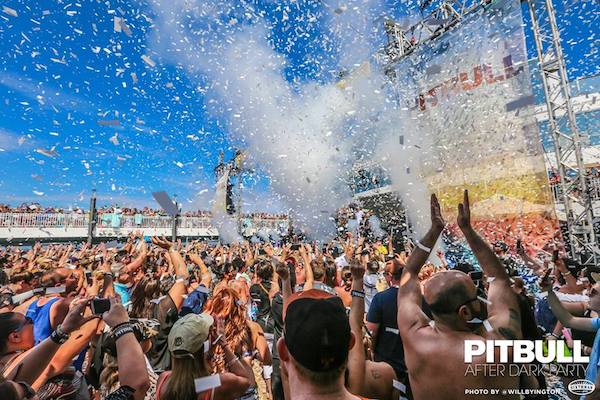 This time around, Pitbull’s music-filled event will take place aboard the Norwegian Jade as it sails from Miami to the Bahamas from March 2-5th. According to organizers Sixthman, the even will feature not only the man after whom the whole thing is named after, but Flo Rida, DJ Laz, DJ Soulman and other artists to be announced at a later date.

Look for the headliner himself to offer two poolside sets as well as what’s being billed as a “motivational conversation,” not to mention a Q&A session and a Dance Boot Camp taught by the Most Bad Ones.

How To Win A Free Cruise!

One lucky Pitbull fan — and a guest — will get the opportunity to Cruise To The Front Row. The grand prize winner in the contest — which you can enter here between now and August 6th — will sail away in a complimentary balcony stateroom aboard the ship. Plus, anyone who books during this pre-sale period will automatically be entered for a chance to win an incredible experience featuring a Teppanyaki dinner hosted by Pitbull, an invitation to a cocktail hour with the star and the chance to be the coolest person on the ship by introducing the main man to the audience at his motivational conversation!

For more information or to get the party started by booking your room, visit PitbullCruise.com or call Sixthman at 877-379-9187.