According to the latest report from the Centers For Disease Control and Prevention, the Carnival Liberty failed an unannounced inspection that was conducted on January 4, 2018. 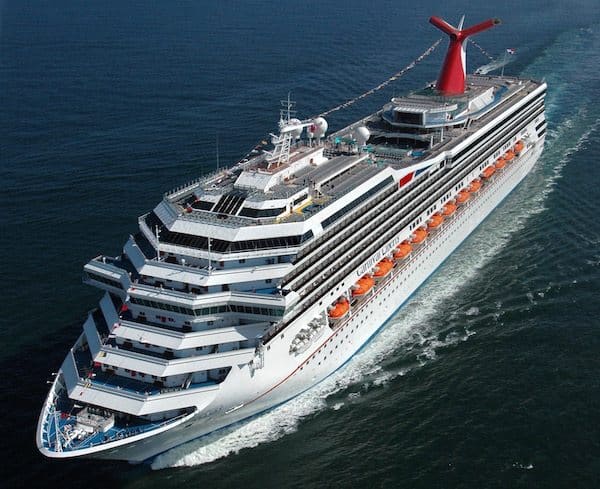 The ship was docked in Port Canaveral, Florida when inspectors boarded and found several violations, resulting in the ship receiving a failing score of 80 points. And while in high school an 80 would be considered a passing grade, when it comes to ship inspections, anything lower than an 85 is considered a failing grade. Among the things the violations cited by inspectors were water leaking from above in close proximity to the dishwashing area, damaged trays used by waiters, dead insects in a light fixture, soiled plates put out for self-service, “heavy accumulations” of toast above toasters in the buffet area, improper rotation of creamer at coffee stations, a lack of a sneeze-guard at the pizza counter, a corroded panini grill in the room service food prep area, various problems attributed to out of service machinery and other similar reports. Perhaps the most disturbing citation involved a crew member (who was disciplined at the time of the infraction) working while experiencing acute gastroenteritis symptoms in late December.

The ship only barely based its last inspection in August of 2017, when it received an 86. (Remember, anything below 85 is considered a failing grade.) Previously, she’d been given a 96 in March of 2017.

The Carnival Liberty is the fourth ship in the line’s fleet to fail a USPH inspection within the last three months, with the Carnival Vista scoring a 79 and the Carnival Breeze weighing in with a 77. The Carnival Vista’s inspection was particularly problematic in that the inspectors report said “an organized effort was made to physically move several containers and trolleys of food equipment, utensils, spices, potentially hazardous food items, raw produce and decorations to a crew cabin hallway and a crew cabin in order to avoid inspection by [our] staff.”

Ships which fail their inspections are, according to the Center for Disease Control, “reinspected within a reasonable time period.” Ships must also submit a Corrective Action Statement describing how the violations were corrected.