Carnival Cruise Line will provide their guests with more laughs than ever this year, hosting a record 25,000 comedy shows at their Punchliner Comedy Club featured across the fleet.

The cruise line hosts more comedians and performances than any land-based comedy club in the US.  The Punchliner Comedy Clubs feature a lineup of top comedians who perform 30-minute shows multiple times throughout each voyage with at least two performing each night.  All performances are free to attend. 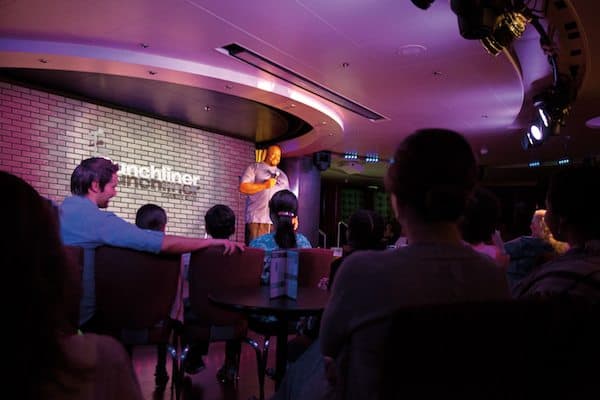 Carnival’s position as the leader in comedy has also extended to their popular Carnival LIVE concert series, which has added top-name comedians to their lineup including Jan Leno, Jim Gaffigan, Chris Tucker, and Kathy Griffin.  Jeff Foxworthy will also be performing two shows next month aboard Carnival Freedom and Ecstasy while the vessels are docked in Nassau, Bahamas.

See What The Love Boat Cast Looks Like Today