Carnival Fantasy failed their most recent health inspection, receiving a score of 77 out of 100. But what does that really mean, and what happens next?

Why The Ship Failed Its Inspection 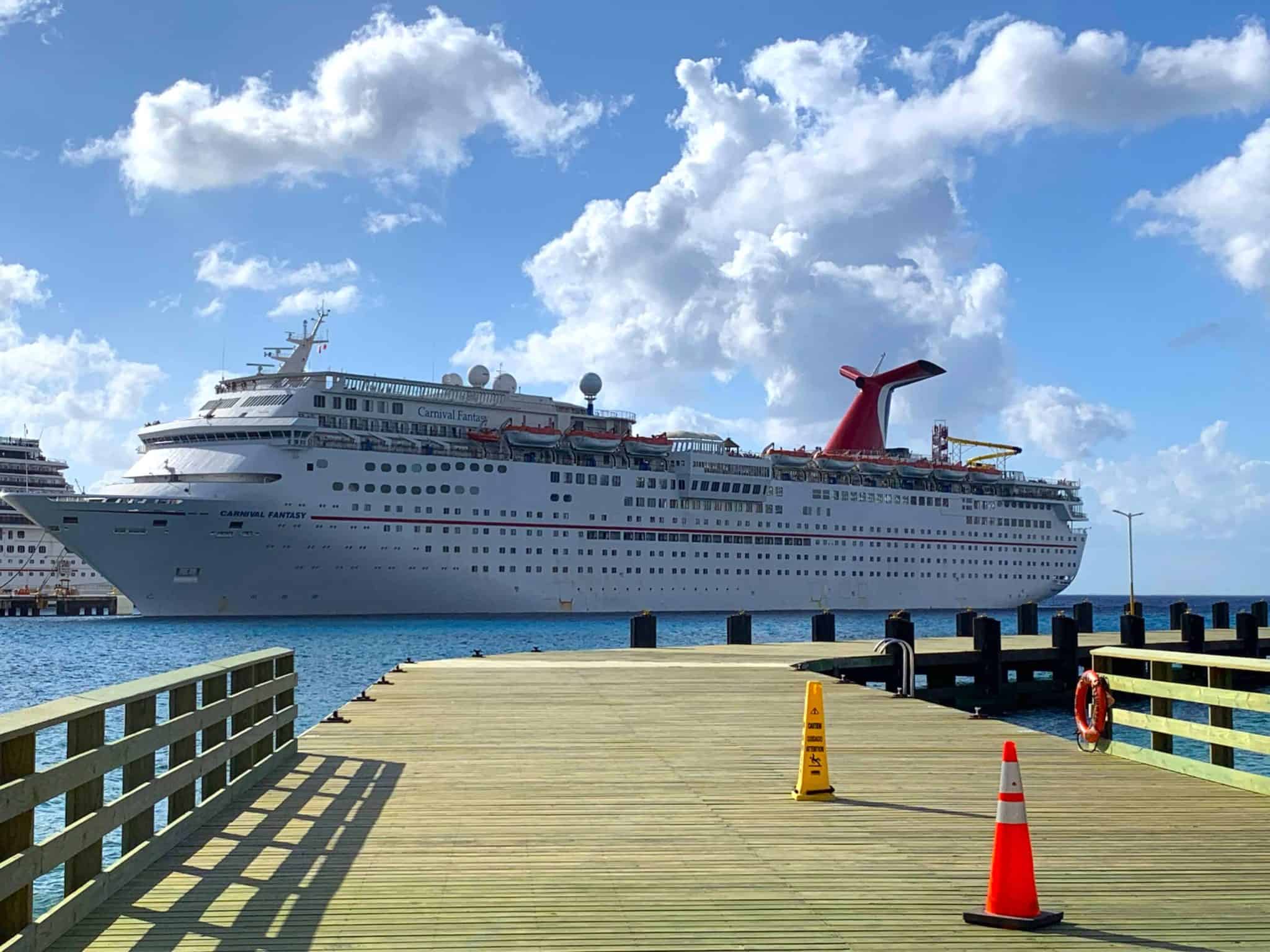 The Vessel Sanitation Program is run by the Center for Disease Control, and it involves periodic, unscheduled inspections of every cruise ship which carries 13 or more passengers and sails foreign itineraries with visits to ports in the United States.

Inspectors board ships twice a year and, over the course of between 8 and 10 hours, check out every aspect of the ship.

So what problems arose during the inspection to knock the Carnival Fantasy down to a failing score of 77 points?

Some of Carnival Fantasy Violations: 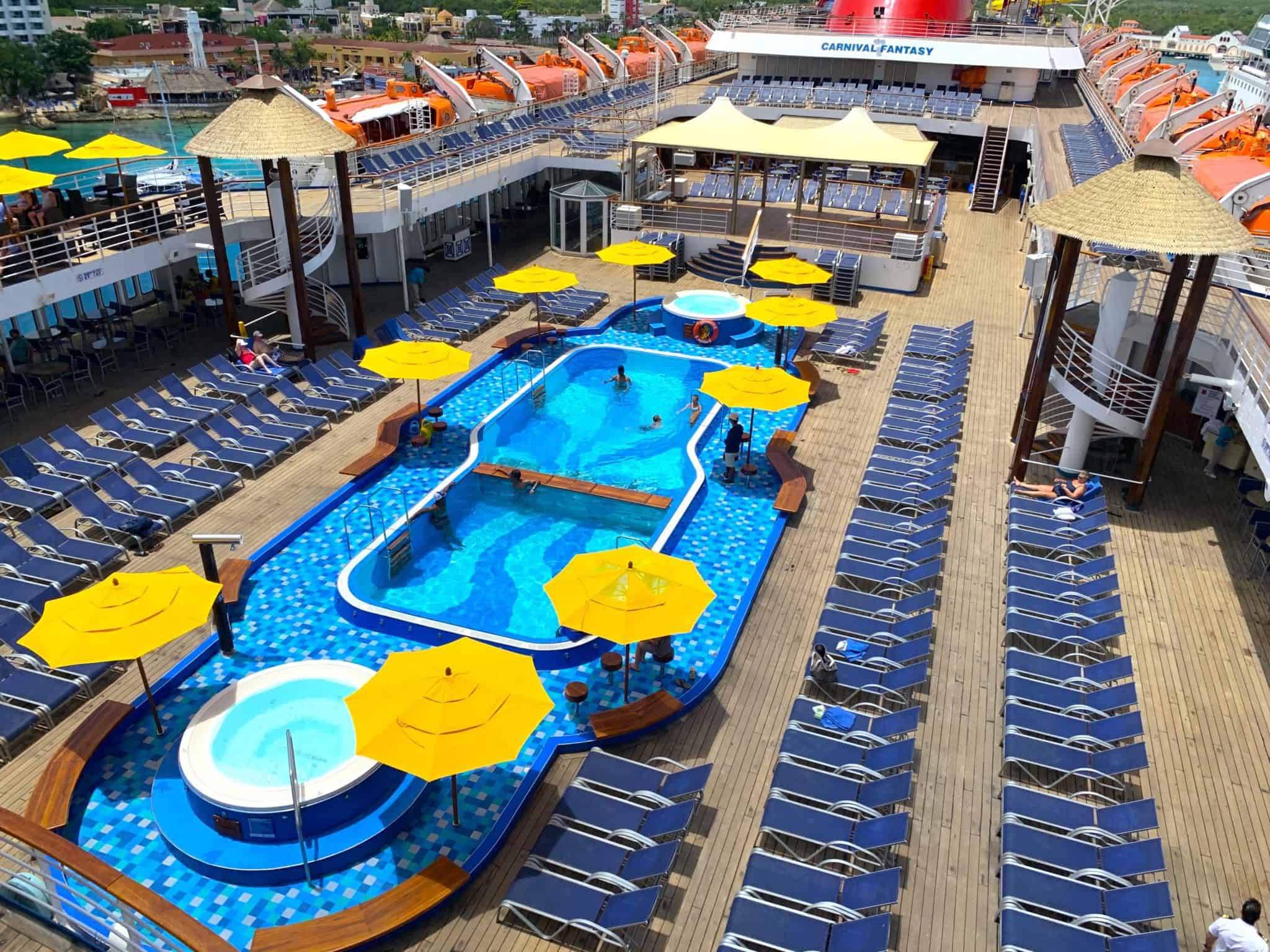 Other infractions included a “visible film on top of the water” at the main pool area, as well as “excessive visible debris floating in the water” and improper signage warning that children were not allowed in the Serenity hot tubs. While that would seem an odd violation, given that Serenity is an adults-only area, the signage is required at every hot tub.

Also, the report noted the presence of minors in the area and a crew member saying that while they were “not allowed in the whirlpools… [children] were able to walk through the area.”

What Carnival Says, And What Happens Next 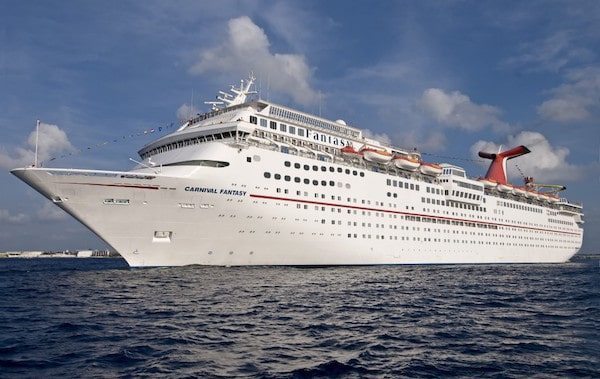 Ships that fail an inspection must submit a corrective action statement. There is then another inspection which, like the original, is unannounced.

In response to the report, a Carnival spokesperson told Cruise Radio: “The results for Fantasy are not reflective of our robust standards and dedicated commitment to our guests’ health and safety. We have already taken corrective action, added additional staff and asked USPH for a re-inspection as soon as possible, with every expectation that we will exceed USPH standards.”

The Truth About Ship Crew Waving Bye to Stranded Cruisers

Send this to a friend
Hi, this may be of interest to you: Carnival Cruise Ship Fails Health Inspection. This is the link: https://cruiseradio.net/carnival-cruise-ship-fails-health-inspection/