The new beers will be served in complement to the menu of a brand new venue to Carnival: Guy’s Pig & Anchor Bar-B-Que Smokehouse|Brewhouse. The original eatery combines the concept of the RedFrog Pub & Brewery on Carnival Vista with a full-service bar-b-que restaurant sponsored by celebrity chef Guy Fieri. Carnival’s Expert Brewmaster Colin Presby and Vice President of Beverage Operations Edward Allen announced the new beers this week at a keg-tapping ceremony onboard Carnival Vista. 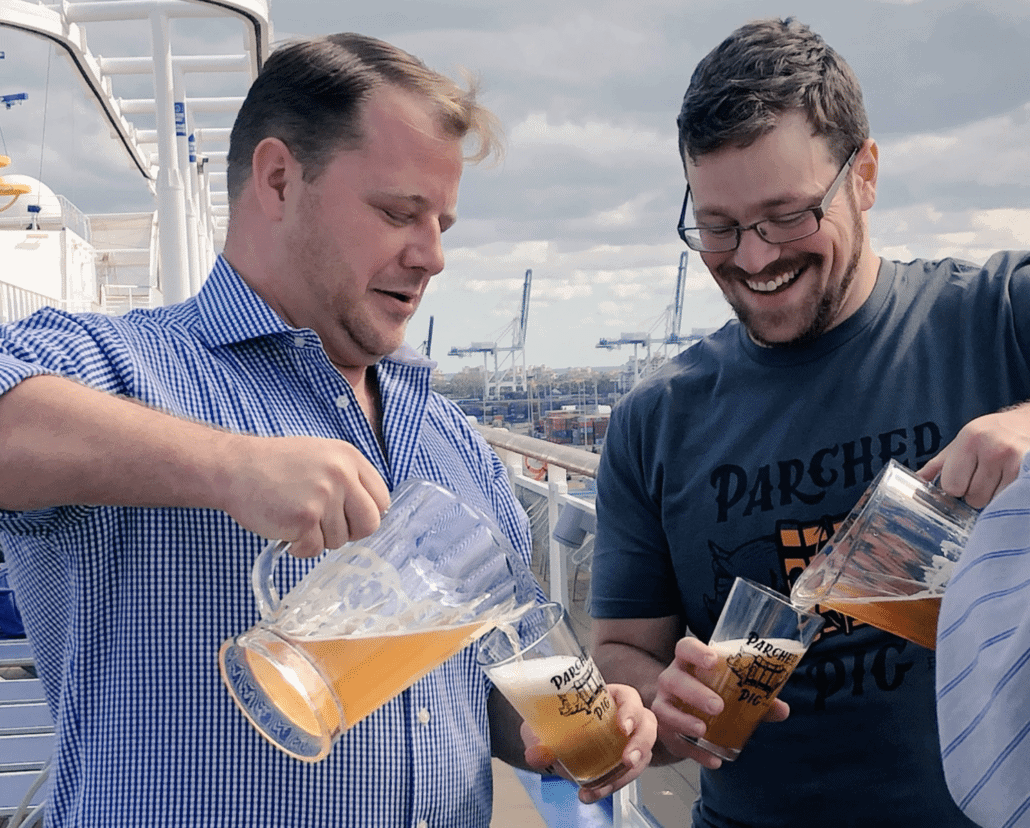 “Smokehouse|Brewhouse is a unique culinary concept and we’ve created four fantastic brewed-on-board craft beers that not only showcase different tastes and brewing styles but also serve as the ideal accompaniment to the venue’s delicious array of barbecue offerings,” said Presby.

The names of the beers are a play both on the “ThirstyFrog” craft ales served on Carnival Vista as well as on the Pig & Anchor Bar-B-Que name and menu: 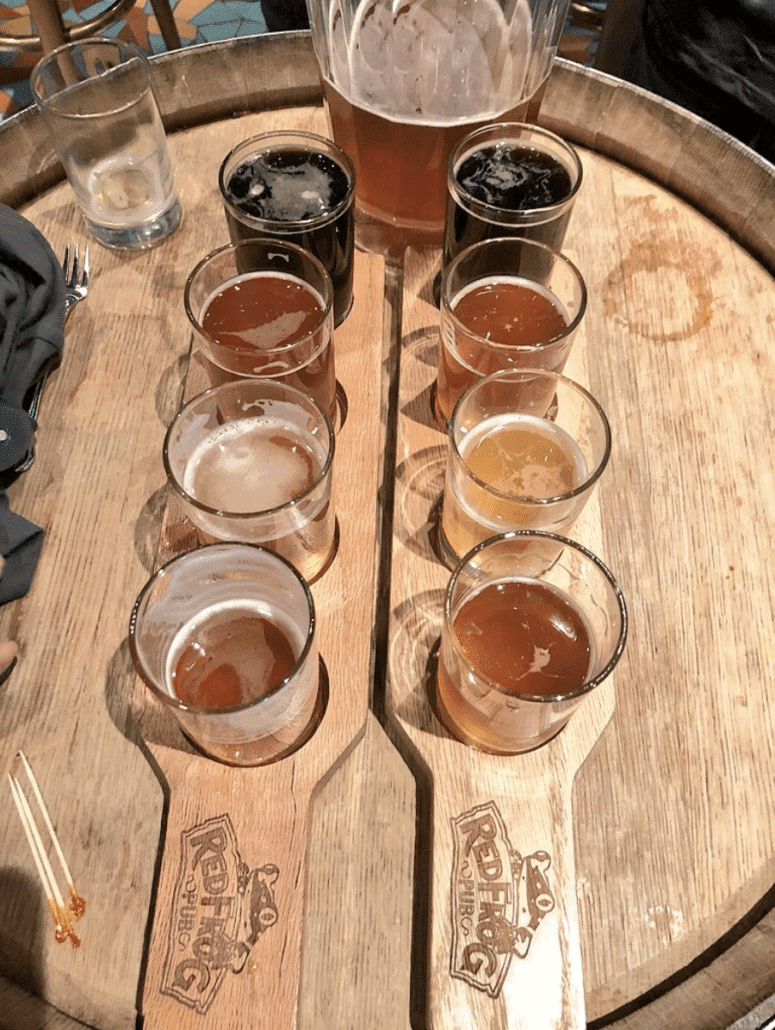 A sampling of the new beers. Photo: Carnival

In addition to the new craft brews, the Smokehouse|Brewhouse menu will also offer custom cocktails alongside Guy Fieri’s favorite slow smoked meats, including brisket, Memphis-style ribs, chicken, pulled pork, and cedar-smoked salmon. Diners will also be able to enjoy perfectly seasoned meats thanks to Fieri’s signature rubs along with Fieri-inspired sides and, of course, his signature sauces as well. While lunch will offer a free self-service buffet, dinner will serve à la carte options.

Carnival Horizon makes its maiden voyage in the Mediterranean on April 2nd before departing Barcelona on May 9th for its trans-Atlantic crossing to New York. It will operate 4- and 8-day itineraries from there to Bermuda and the Caribbean, respectively, before moving to its final scheduled home port of Miami on September 22nd.