After over four years of planning and 23 months of construction, Celebrity Cruises has officially taken delivery of their newest ship, Celebrity Edge.

Royal Caribbean Cruises Ltd.’s Chairman and CEO Richard Fain and Celebrity’s president and CEO Lisa Lutoff-Perlo hosted a ceremony onboard the ship, while docked in the Chantiers de l”Atlantique shipyard in Saint-Nazaire, France. Celebrity executives, shipyard officials, and 1,377 crew members from 72 countries were also in attendance.

“The Celebrity team has done an outstanding job and I cannot thank the Chantiers de l’Atlantique team enough for delivering this game-changing ship and for their ongoing partnership,” said Fain. “Their work continues to transform the way our guests experience the world.” 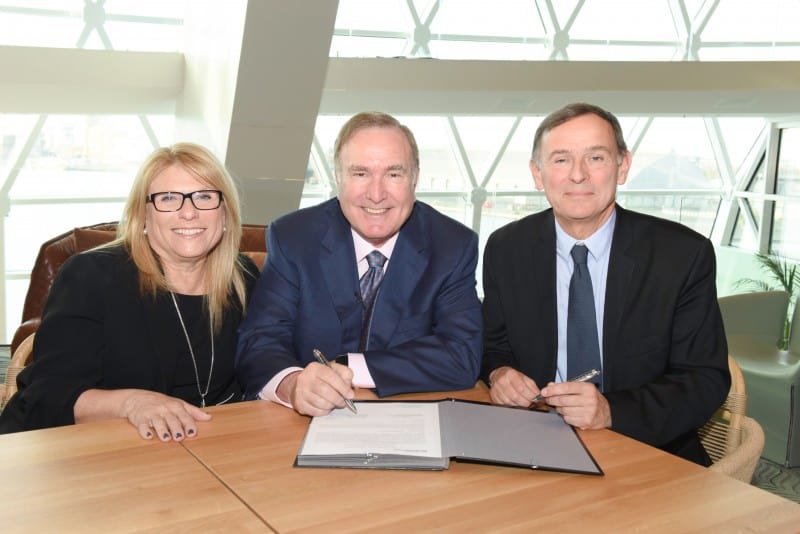 Following the delivery, attendees went across the shipyard for the ceremonial keel laying of another upcoming Celebrity ship, Celebrity Apex. There, a 762-ton block was lifted into the air and a lucky coin was placed on the dock before the block was lowered into position.

On November 6, Edge will begin her transatlantic journey to her homeport at T25 at Port Everglades in Fort Lauderdale. She will spend her inaugural season sailing alternating eastern and western Caribbean itineraries, with the maiden western voyage departing December 9 and the maiden eastern voyage departing December 16. In spring, the vessel will cross the Atlantic again to spend the season sailing in the Mediterranean.

Hi, this may be of interest to you: Celebrity Cruises Takes Delivery of Newest Ship. This is the link: https://cruiseradio.net/celebrity-cruises-takes-delivery-of-newest-ship/