Disney Cruise Line has announced additional details on the AquaMouse waterslide attraction that will be aboard its newest ship, Disney Wish.

When the line announced the attraction earlier this year, it revealed that through special effects and show scenes, the ride would have a storyline called “Scuba Scramble,” inspired by “The Wonderful World of Mickey Mouse” animated shorts. 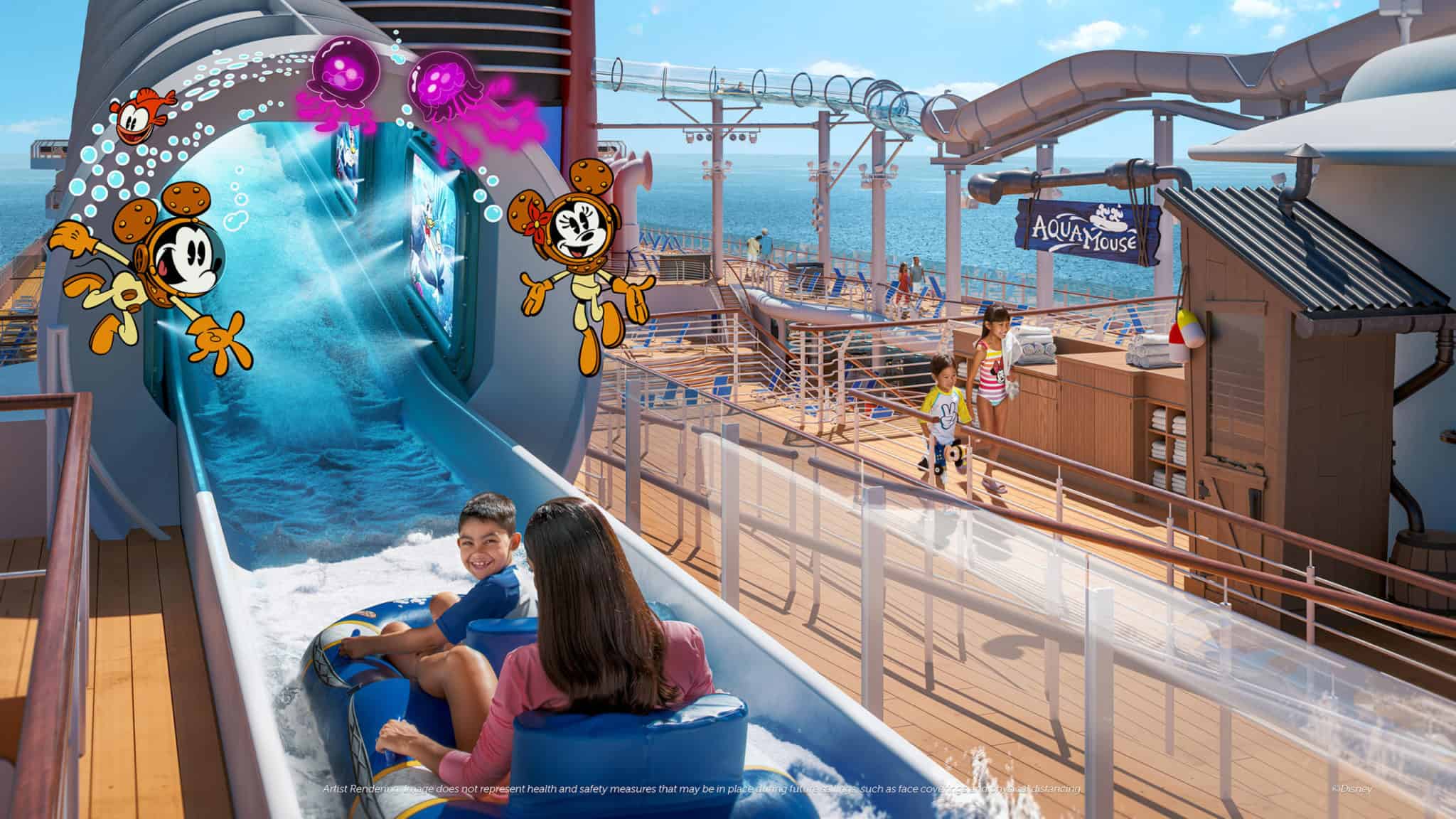 Now, Disney has revealed that AquaMouse will have not one — but two brand-new original storylines.

The second show will be called “Swiss Meltdown,” where Mickey and Minnie will invite riders on a mountain sledding excursion that will inevitably (and hilariously) go completely sideways. When the sun comes out and the snow begins to melt, you’ll be off on a frantic dash to the mountaintop while trying to avoid obstacles like avalanches, leaky rock walls, and waterfalls.

The story was inspired by one of the “Mickey Mouse” shorts called “Yodelberg,” and composer Christopher Willis adapted his iconic score from the episode for the attraction. 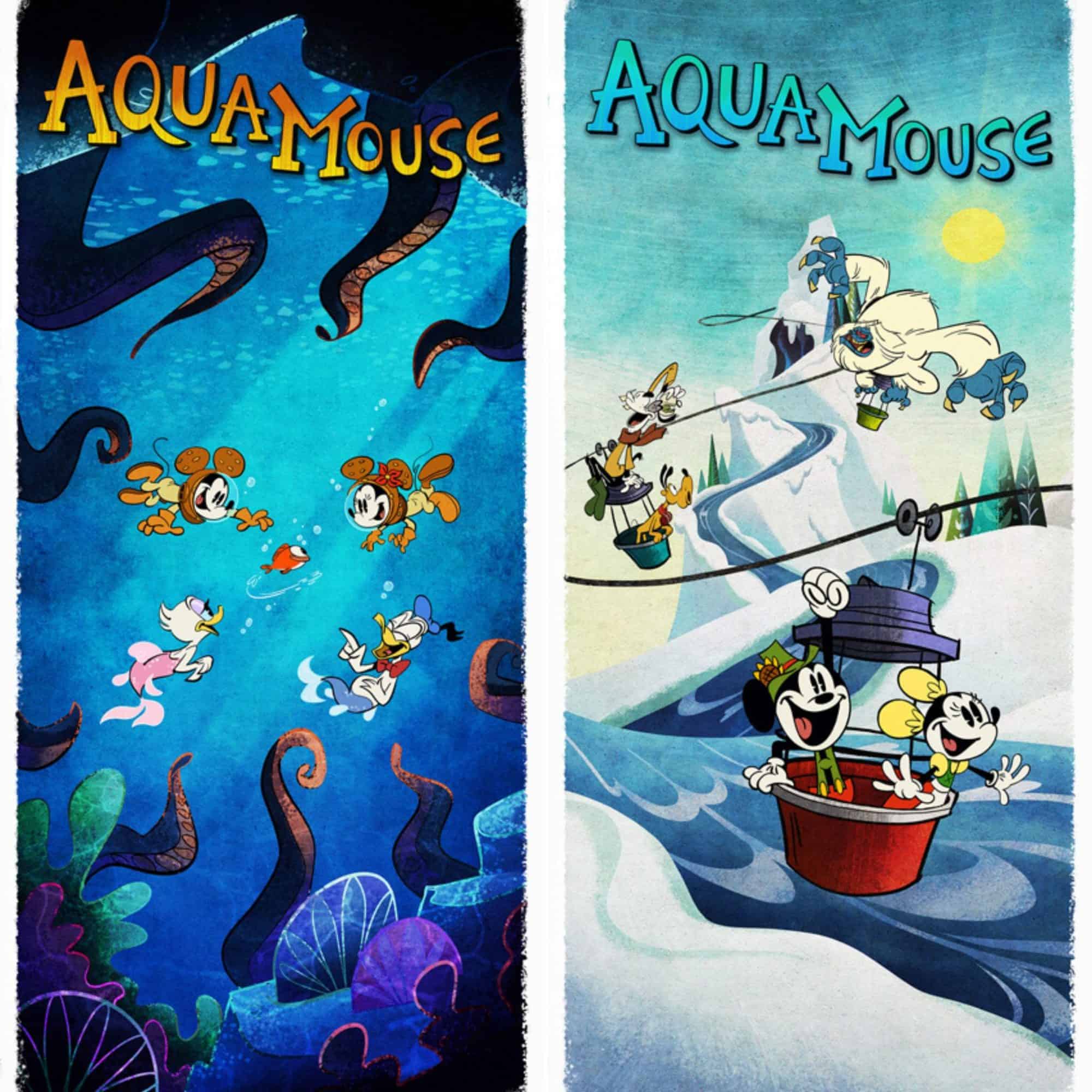 There are lots of Disney easter eggs to catch during a ride on AquaMouse, such as an appearance by the abominable snowman from the Disneyland attraction Matterhorn Bobsleds.

Another is Chip and Dale who can be found by keen eyes hiding in each show, hitchhiking their way to Disney’s private island Castaway Cay.

Other features of Disney Wish that have been announced include:

READ NEXT: Disney Cruise Will Mandate Full Vaccination for Travelers 12+ on September 3

Send this to a friend
Hi, this may be of interest to you: Disney Cruise Line Reveals New Details on Disney Wish Waterslide. This is the link: https://cruiseradio.net/cruise-new-details-disney-wish-waterslide/