In recognition for his outstanding service, he has been awarded the rank of Commodore. 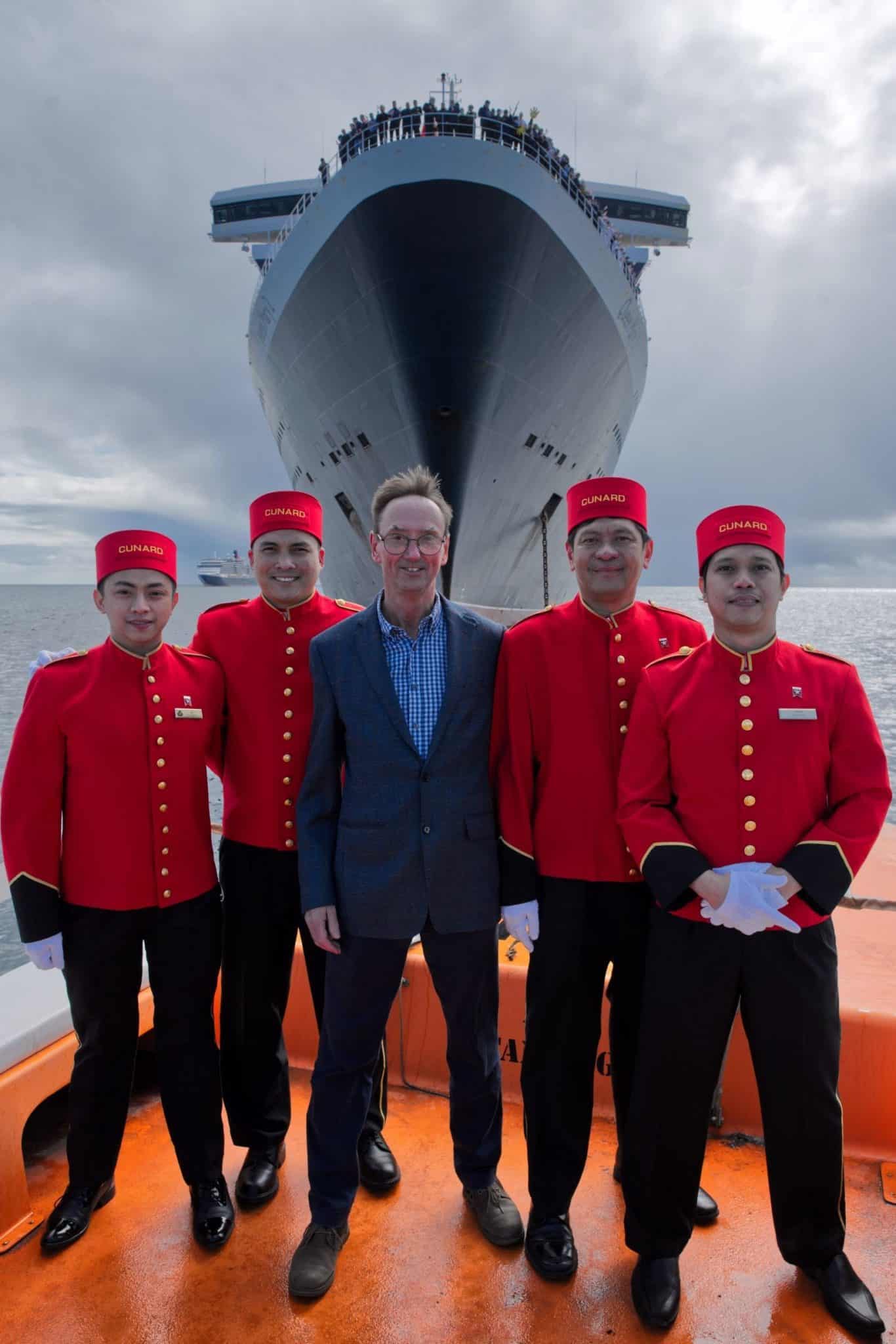 Captain Wells sails away from flagship Queen Mary 2 for the last time, as he embarks on his retirement. (Photo courtesy of Cunard)

Commodore Wells has spent the last 13 years leading the team aboard Cunard’s flagship, Queen Mary 2. He was a key part of the commissioning of the ship when it launched in 2004.

Cunard president Simon Palethorpe said “Commodore Wells has been a wonderful ambassador for Cunard, proudly upholding the finest traditions and highest standards of the world’s most famous shipping line. It is only fitting, and I am delighted, that he be awarded the rank of Commodore, the highest rank afforded to any seafarer.”

“He’ll be sorely missed by colleagues and guests alike, evidenced by the vast numbers of cards that have been received wishing him all the very best and noting his much-loved sense of humour as well as the respect he commanded. We thank him for the enormous contribution he has made to Cunard, in a highlight packed career, and wish him an equally successful retirement.”

Born in Bournemouth, England, Commodore Wells began his career at sea aboard tankers and bulk carriers in southeast Asia before transitioning to cruise shipping in 1992. He was first with Cunard, then Princess Cruises, P&O Cruises, and P&O Cruises Australia before returning to Cunard. 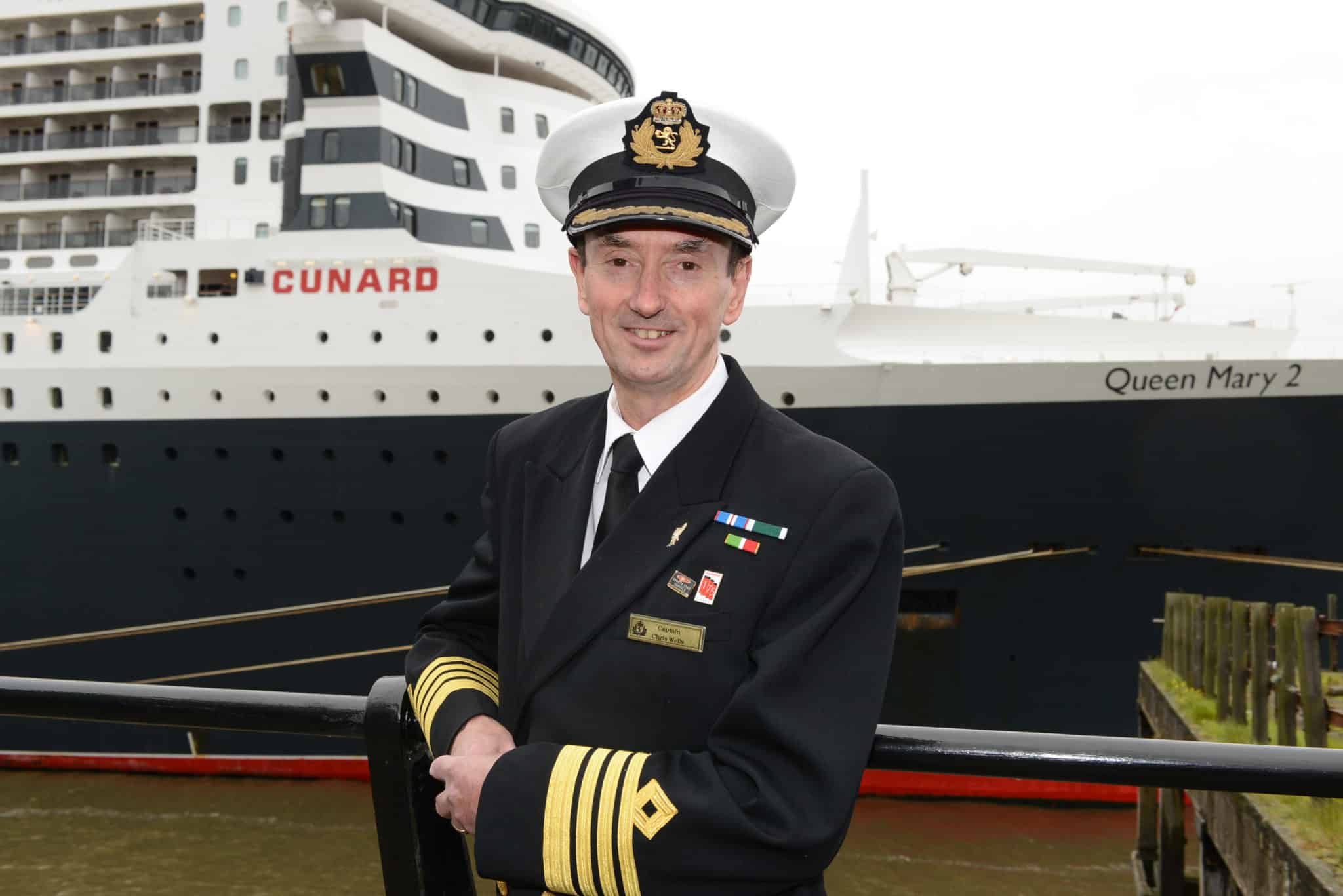 During his three decades on cruise ships, Commodore Wells had the pleasure of meeting Her Majesty the Queen at the naming event for Queen Mary 2, and once again as Master at the naming of Queen Elizabeth.

Another highlight during his career with Cunard was in 2017 when he climbed the tallest sail of the Sydney Opera House to mark the 10-year anniversary of Queen Mary 2‘s first visit to the Australian city.

Commodore Wells combined with a seafaring career with a 25-year commission in the Royal Naval Reserve (RNR), and remains an Honorary Captain in the RNR.

Send this to a friend
Hi, this may be of interest to you: Cunard Cruise Ship Captain Retires After 20 Years. This is the link: https://cruiseradio.net/cunard-cruise-ship-captain-retires-20-years/