Disney Cruise Line’s Star Wars Day at Sea is proving to be extremely popular, so much so that they are bringing back this special day in 2018.

Next year, there will be 15 special Caribbean sailings aboard Disney Fantasy from January to April that will feature one Star Wars-themed day at sea.

Throughout the day, guest will enjoy immersive entertainment, activities, and culinary offerings all themed to the film saga that we’ve all come to know and love.  There will be screenings of the movies, special merchandise that can only be purchased that day, and a deck party with a fireworks finale. 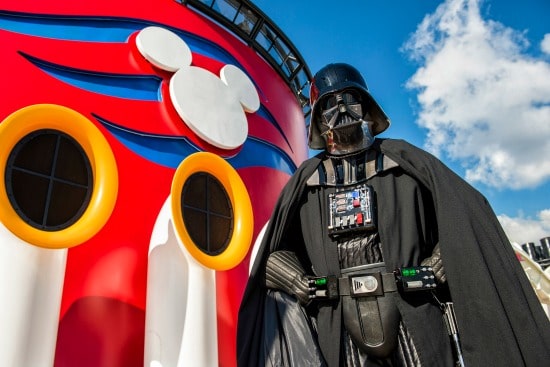 The 15 seven-night sailings that will feature Star Wars Day at Sea are as follows:

For more information on Star Wars Day at Sea, visit this article detailing this year’s festivities.