Those looking to hit up the blue waters and sun-drenched locales in the Caribbean will have more than 100 Holland America cruises to choose from between October 2018 and April 2019. Ranging from 3 to 21 days, eight ships will set sail to the region, including the new vessel Nieuw Statendam.

Holland America’s ships explore every corner of the Caribbean; some sail to Cuba and others spend a day in the Panama Canal. Seven ships will sail from Fort Lauderdale, and Rotterdam sails from Tampa, Florida. Most Fort Lauderdale departures visit the line’s private Bahamian island Half Moon Cay.

Koningsdam, Nieuw Amsterdam, Nieuw Statendam, Oosterdam, Rotterdam, Veendam, and Zuiderdam sail over 100 three to 14 day cruises, which can be combined into back-to-back Collectors’ Voyages ranging from 13 to 21 days. 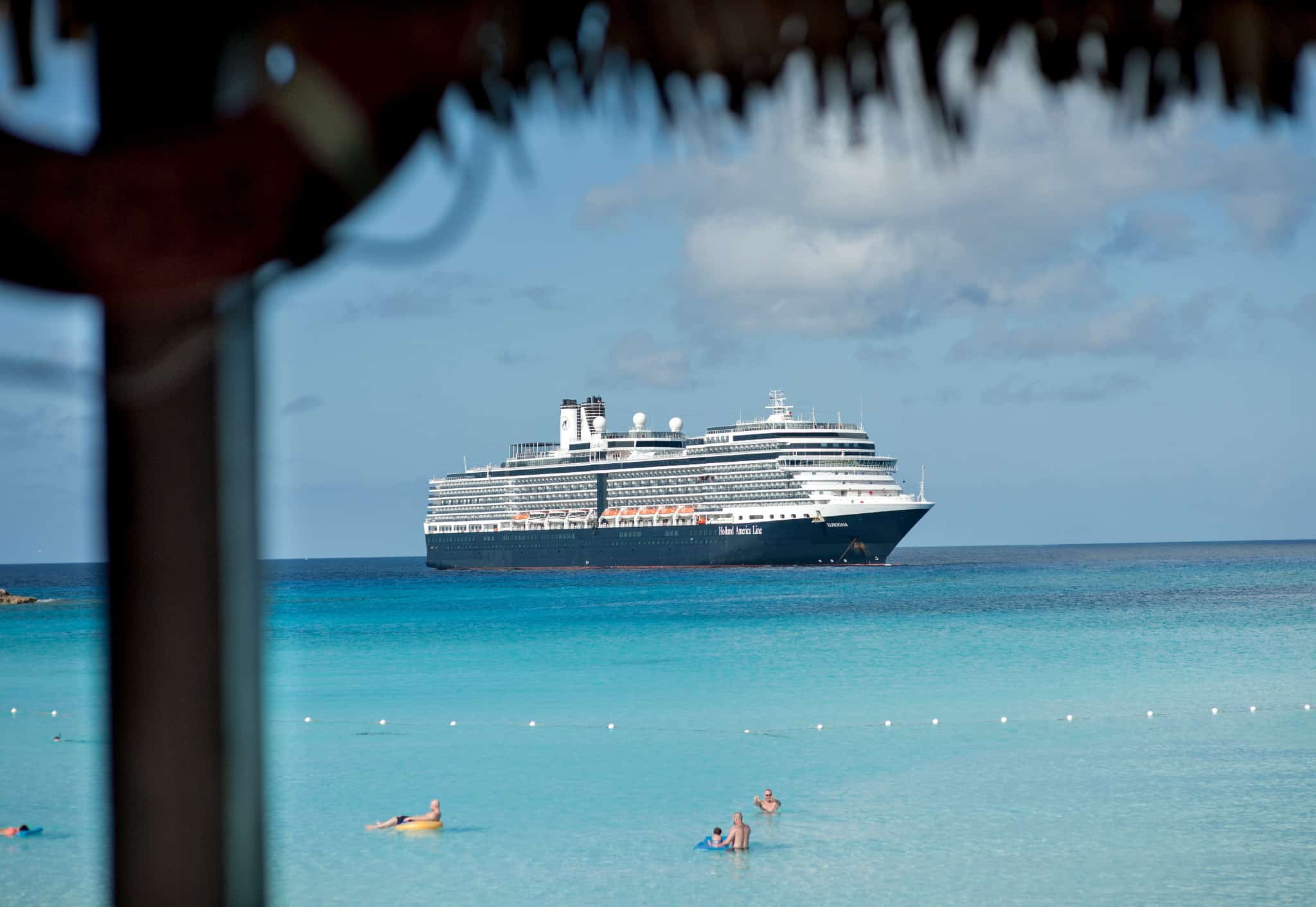 In October, Veendam will kick off the Caribbean’s busiest season with a series of Cuban Explorer cruises. Travelers can choose from 7, 10, 11, and 12-day cruises to the island nation through March 2019. Along with Havana and Cienfuegos in Cuba, the ship will call at other Caribbean ports in Grand Cayman, Jamaica, and Mexico. The ship also offers a 7-day eastern Caribbean Holiday cruise in December and an 11-day southern Caribbean itinerary in January that doesn’t visit Cuba.

Nieuw Statendam will kick off its maiden Caribbean season with a four-day cruise to the Bahamas in December. Following the inaugural, the ship will feature 7-day cruises that offer both eastern and western routes. The ship will also offer a 10-day cruise in January, stopping in less-visited ports in the southern Caribbean including Kralendijk, Bonaire; Amber Cove, Dominican Republic; and Barbados. Other southern Caribbean voyages will be available on Nieuw Statendam‘s sister ship Koningsdam beginning in November.

Those looking to explore the eastern and western Caribbean can do so aboard Nieuw Amsterdam on a series of 7-day cruises, featuring calls in St. Thomas, San Juan, Grand Turk, Cozumel, Georgetown, Ocho Rios, and more. Oosterdam will also offer a series of 7-day cruises in the eastern and western Caribbean, as well as Tropical Caribbean itineraries that visit ports in the Bahamas and Dominican Republic.

Zuiderdam will be offering partial Panama Canal transits, roundtrip from Fort Lauderdale on 10 and 11-day cruises. The ship visits several ports in the Caribbean as it makes its way to Gatún Lake, where cruisers will enjoy a day of scenic cruising through the canal.

Many sailings can be extended into Collectors’ Voyages, which offer the ultimate Caribbean exploration with better fares than if you were to book the cruises individually. Ranging from 14 to 21 days, the journeys combine back-to-back cruises, enabling guests the ultimate island-hopping adventure.

For those who like to get away during the winter holidays, a total of 14 holiday cruises will sail the warm Caribbean waters on itineraries from 7 to 14 days long. Several non-repeating holiday itineraries can also be combined for a longer Holiday Collectors’ Voyage.

Those looking for a longer, unique itinerary can opt for Prinsendam‘s 14-day Caribbean Holiday cruise departing December 21, 2018. The ship calls at ports in the British Virgin Islands, Guadeloupe, Martinique, Barbados, Half Moon Cay, the Grenadines, and Trinidad and Tobago.

Send this to a friend
Hi, this may be of interest to you: Eight Holland America Ships Will Sail in Caribbean This Season. This is the link: https://cruiseradio.net/eight-holland-america-ships-will-sail-in-caribbean-this-season/