Cruise ships over 1,100 feet long can now dock at Port Everglades Cruise Terminal 4 without blocking boat traffic in the intracoastal waterway. The $18-million pier project lengthened the cruise pier by 225 feet from the original 900 feet. 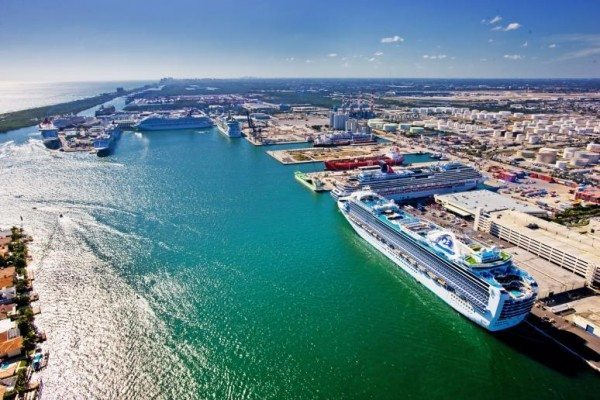 Send this to a friend
Hi, this may be of interest to you: Florida Cruise Port Makes Room for Larger Ships. This is the link: https://cruiseradio.net/florida-port-large-cruise-ships/