Holland America Line took delivery of their new ship Nieuw Statendam today at the Fincantieri shipyard in Marghera, Italy. Tomorrow, the vessel will set sail for Venice, en route to Civitavecchia (Rome) for its Premiere Voyage with guests departing December 5.

The delivery was attended by Holland America’s President Orlando Ashford, Carnival Corporation’s chairman of the board Micky Arison and president and CEO Arnold Donald, and Stein Kruse, CEO of Holland America Group and Carnival UK. The CEO of Fincantieri Giuseppe Bono and several other executives from both companies were also in attendance. 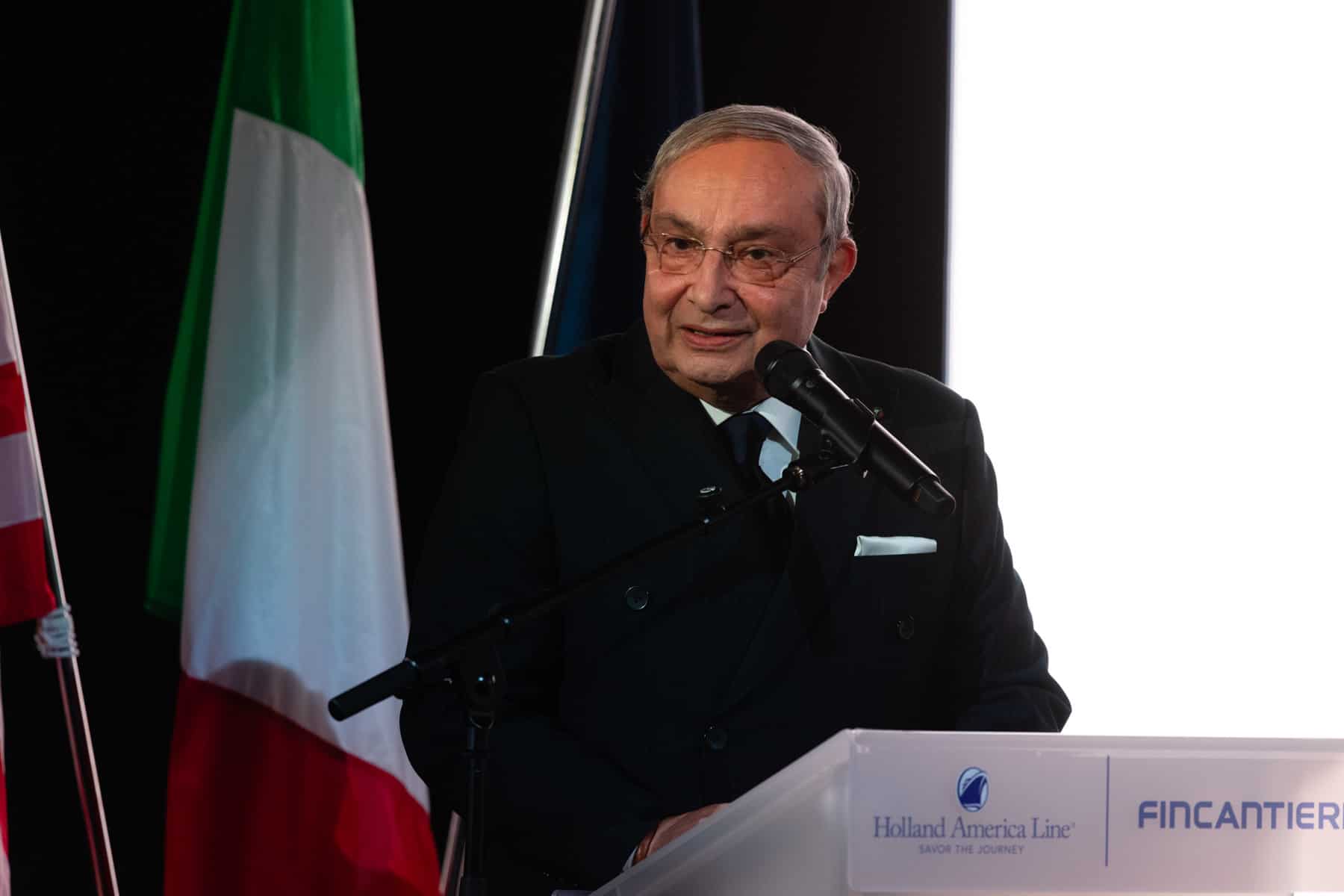 Following its transatlantic crossing, Nieuw Statendam will spend a full season in the Caribbean, sailing roundtrip from Fort Lauderdale. Her official naming ceremony will take place in Fort Lauderdale on February 2.

The sister ship to Koningsdam will then spent summer 2019 sailing from Amsterdam, the Netherlands on a series of northern Europe, Baltic, and Iceland cruises before moving to the Mediterranean for cruises from Civitavecchia.

The 99,000 gross ton ship holds 2,666 guests and is very similar in design to Koningsdam, the first Pinnacle class ship.

Send this to a friend
Hi, this may be of interest to you: Holland America Takes Delivery of New Ship. This is the link: https://cruiseradio.net/holland-america-takes-delivery-of-new-ship/