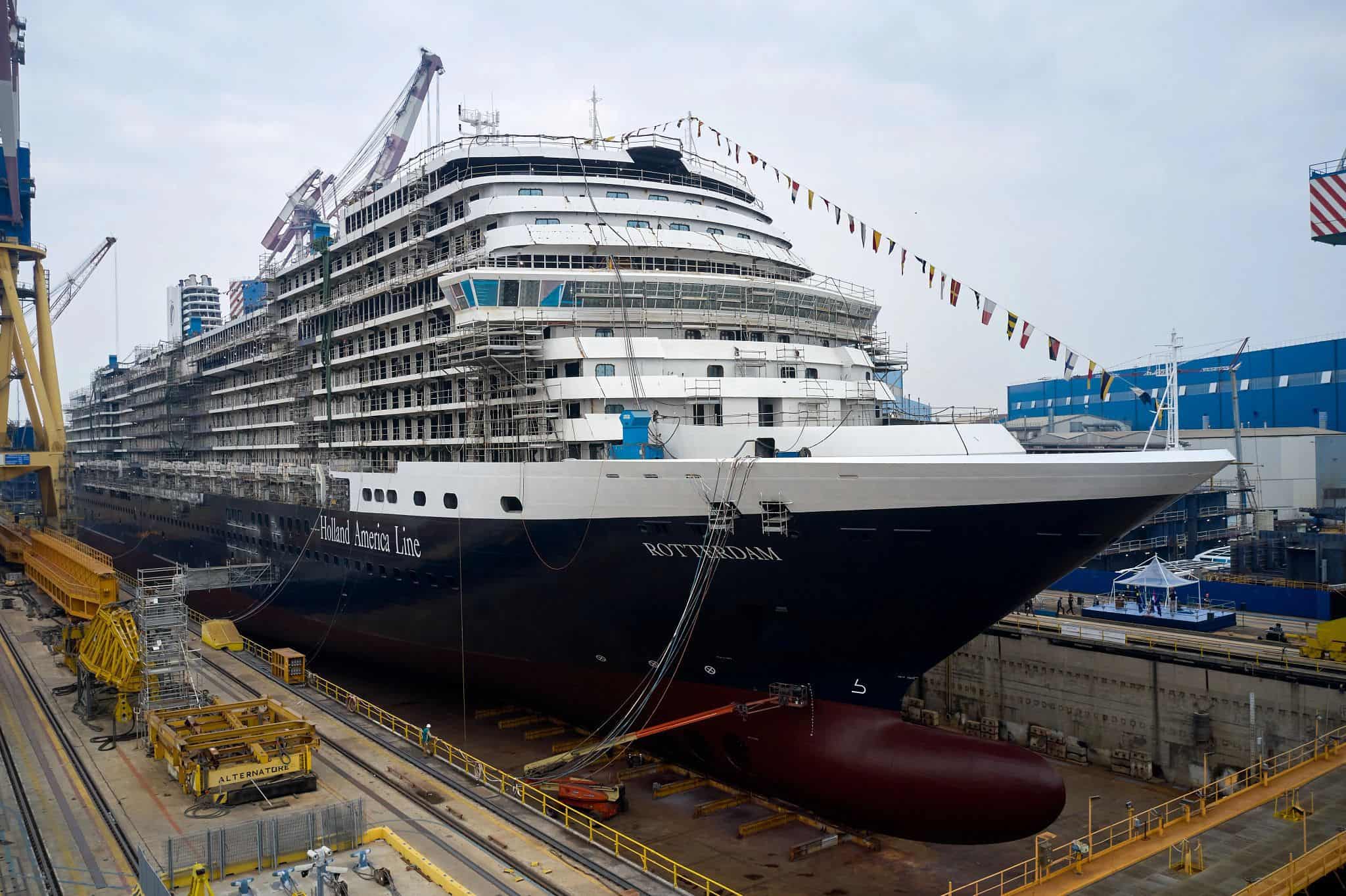 Originally named Ryndam, the vessel’s name was changed to Rotterdam when the line’s most recent Rotterdam ship was sold to Fred.Olsen Cruise Lines earlier this year. It’s the seventh ship in the fleet to bear the Rotterdam name, and will become Holland America’s new flagship.

Today, Holland America shared a time-lapse video on Twitter taken at the shipyard recently, showcasing an exterior view of major construction that’s recently been taking place on the ship.

Rather than spending hours watching Rotterdam floating out and moving to its outfitting pier, check out this impressive time-lapse video of the process. Retweet if you’re looking forward to the debut of our newest ship! pic.twitter.com/XhmxmutrHZ

Originally set to debut in May 2021, the delivery date has been pushed back to July 31, 2021 due to delays at the shipyard because of the global health crisis.

PHOTOS: Behind The Scenes of Rotterdam’s Construction

When Rotterdam is finally delivered, she will sail a 7-day inaugural voyage on August 1 in the Mediterranean from Trieste to Rome. On August 8, she is scheduled to operate a 14-night cruise through the western Mediterranean and onto Amsterdam, Netherlands. The ship will spend the remainder of summer 2021 sailing Northern Europe and the Baltic roundtrip from Amsterdam. 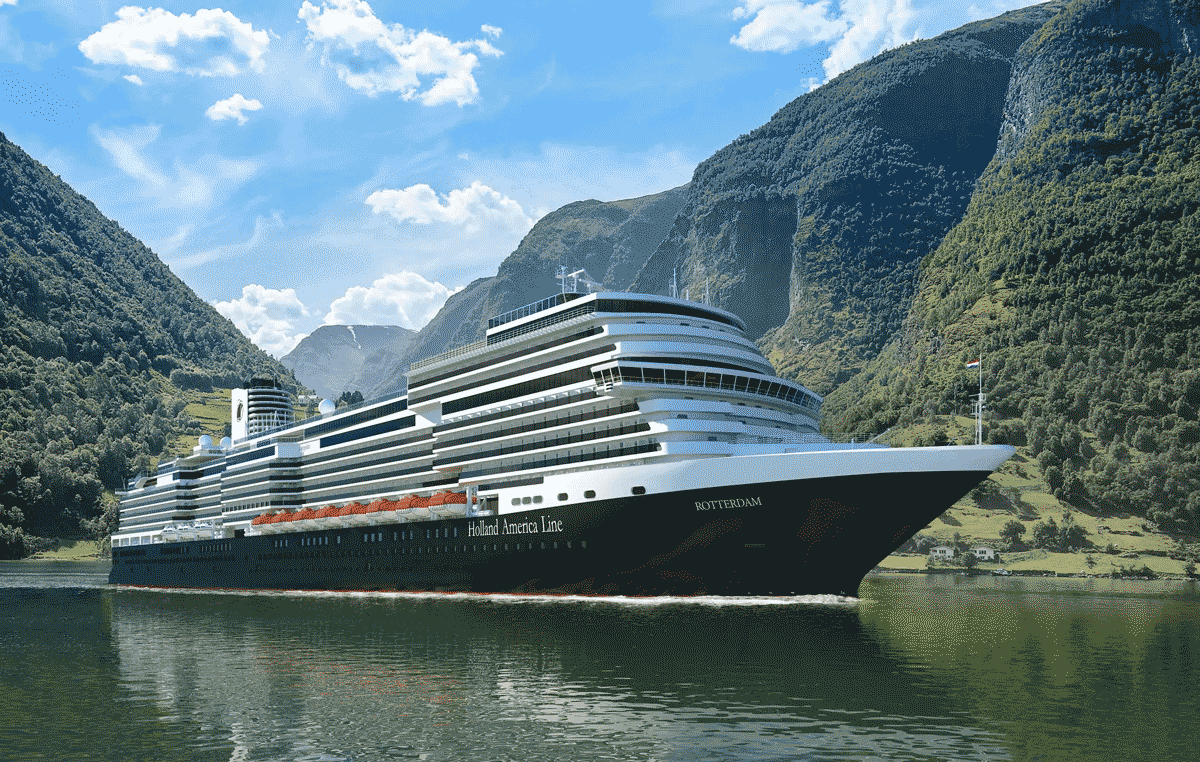 She will include many of the features that passengers have come to know and love on other Holland America ships, such as the 270-degree surround screen World Stage venue, Rudi’s Sel de Mer restaurant, and the Grand Dutch Café. Rotterdam will also include a variety of already-popular live music venues like B.B. King’s Blues Club, Rolling Stone Rock Room, Billboard Onboard, and Lincoln Center Stage.

Send this to a friend
Hi, this may be of interest to you: Impressive Timelapse of New Cruise Ship Being Built [VIDEO]. This is the link: https://cruiseradio.net/impressive-timelapse-of-new-cruise-ship-being-built-video/