The Blues Cruise embarked on its 30th full ship charter from February 4-11, 2018 with over 25 music groups onboard to entertain guests in all venues of the ship during the voyage. Despite the severe hurricane damage from last fall, the LRBC CEO Roger Naber decided not to abandon the voyage’s original itinerary. Instead, he brought Holland America’s Koningsdam to the islands that were in need of tourism dollars and hurricane relief anyway.

While the ship was in port, LRBC worked with local tourism departments to produce free shoreside music events featuring popular blues bands, inviting both guests from the ship and locals to attend. Upon arriving in Tortola, the cruise’s organizers were met by the Tortola Rotary Club, port agency Romasco Group, and Worldwide Cruise Associates who came together to organize a musical event.

In preparation, LRBC guest Jon Gale from British Columbia began fundraising with his own rotary club, and his efforts raised $18,500, with an additional $5,000 contributed by LRBC cruisers onsite during the 3 hour event. To date, $40,000 have been raised through efforts of the rotary clubs and the cruise music fans to rebuild the school and community center in Tortola’s Cane Garden Bay. Efforts continue with the Rotary Club through a grant matching program sponsored by the Canadian Government for the popular island that sustained severe damage as a result of the hurricanes. 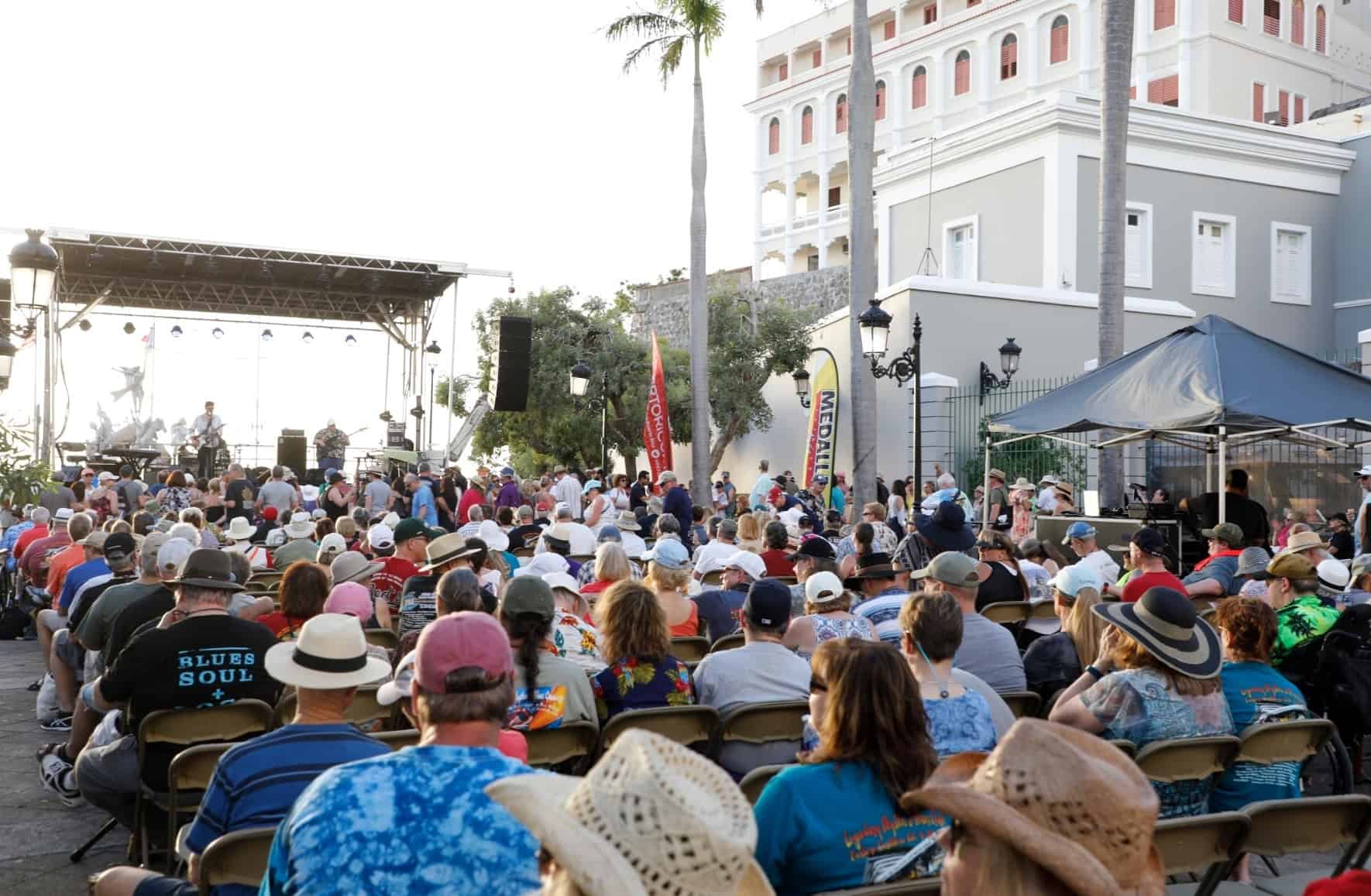 The highlight of the voyage was the large-scale land event held while Koningsdam was docked in Old San Juan, Puerto Rico. The island’s Department of Tourism assisted in securing the location, while the cruise provided artists such as 2018 Grammy Award winner Taj Mahal, Tab Benoit, and Commander Cody along with the San Juan salsa jazz band Jerry Medina.

After the conclusion of the cruise, Legendary Rhythm & Blues Cruise donated $9,638 to the Second Harvest Food Bank of Puerto Rico, a non-profit providing meals to citizens who were hit hardest by the hurricanes, some still without power after six months. Additionally, The Holland America Foundation received $10,000 from LRBC in an effort to raise funds for those affected by Hurricanes Harvey and Irma.

Send this to a friend
Hi, this may be of interest to you: Legendary Rhythm & Blues Cruise Supports Hurricane Relief. This is the link: https://cruiseradio.net/legendary-rhythm-blues-cruise-supports-hurricane-relief/