While she won’t officially set sail until 2019, this week marked a major milestone for Royal Caribbean’s newest ship as the first steel was cut on Spectrum of the Seas. The ceremony took place Tuesday at the world-famous Meyer Werft shipyard in Papenburg, Germany. 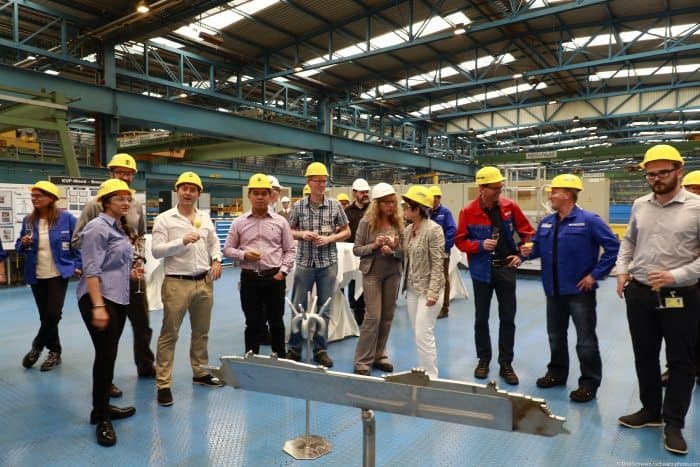 Where The Ship Will Sail

Described by Royal as “the next evolution of the cruise line’s groundbreaking and high-tech Quantum class,” Spectrum is being specifically designed for the China and Asia-Pacific region. This is a huge market viewed as widely untapped by the cruise lines, who are making every effort to cater to the needs of that population. Earlier this year, Norwegian Cruise Line launched Norwegian Joy, which featured a large “serenity park” on one of the top decks, not to mention the first go-kart track at sea. (That feature caused so much excitement that it was no surprise when Norwegian last week revealed that their newest Alaska-bound ship, Norwegian Bliss, will also feature a top-deck go-kart track!)

So far, no real details have been released regarding what might be found aboard Spectrum of the Seas, with Royal simply indicating it would feature “cutting-edge and unprecedented experiences and amenities.” Translation: Let the wild speculation begin!

“Today is a very special day in the development of our new Quantum Ultra ship, Spectrum of the Seas,” said Royal’s President and CEO, Michael Bayley. Spectrum will be another giant leap forward in vessel design and guest experiences that will provide travelers with ample opportunities to create unforgettable memories.”