During a ceremony at the Saint-Nazaire shipyard today, MSC Cruises and STX France announced that they’ve signed an order for a fifth Meraviglia class cruise ship. They also revealed the name of the fourth Meraviglia class vessel, and floated out MSC Bellissima – the second in the same class.

The fourth ship in the Meraviglia class will be named MSC Virtuosa. The French Minister of the Economy and Finance was in attendance, as the cruise line also celebrated the float-out of MSC Bellissima and held the Coin Ceremony for MSC Grandiosa. It’s the first time in Saint-Nazaire’s history that three cruise ships with the same brand are under construction simultaneously at the shipyard. 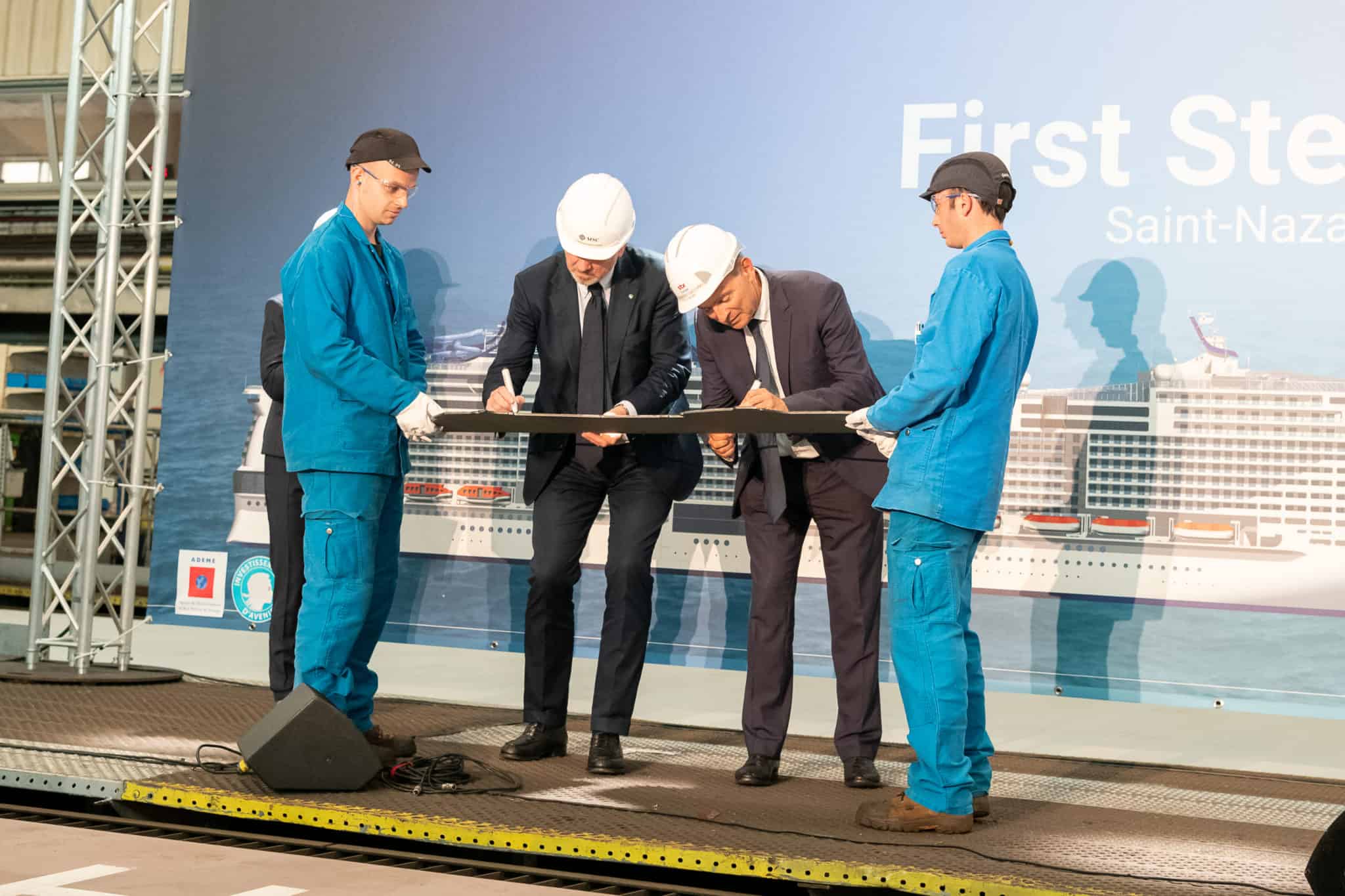 Specs to know about the fifth yet-to-be-named Meraviglia class ship:

About the newly announced fifth Meraviglia ship, MSC Cruises’ Executive Chairman Pierfrancesco Vago said “Our fifth Meraviglia class cruise ship will bring a new generation of cutting-edge environmental technology to the market, benefiting from a new generation of LNG-powered engines. This will help us further reduce our environmental footprint and advance in our journey of constant improvement. She will be joined at sea by up to four World Class LNG-powered ships, as part of our overall commitment to environmental stewardship through this and other next-generation technologies and solutions deployed fleet-wide.”

The agreement for the additional fifth ship represents an additional investment of just over $1 billion USD.