Norwegian Cruise Line has officially marked the beginning of construction for their newest upcoming ship. It’s part of the Breakaway Plus-class, and will be called Norwegian Encore, sailing the Caribbean from Miami in late 2019.

Meyer Werft and Norwegian Cruise Line Holdings executives gathered at the shipyard’s laser center in Papenburg, Germany and cut the first plate of steel, marking the ceremonial start of construction. The ship is due for delivery on October 31, 2019. 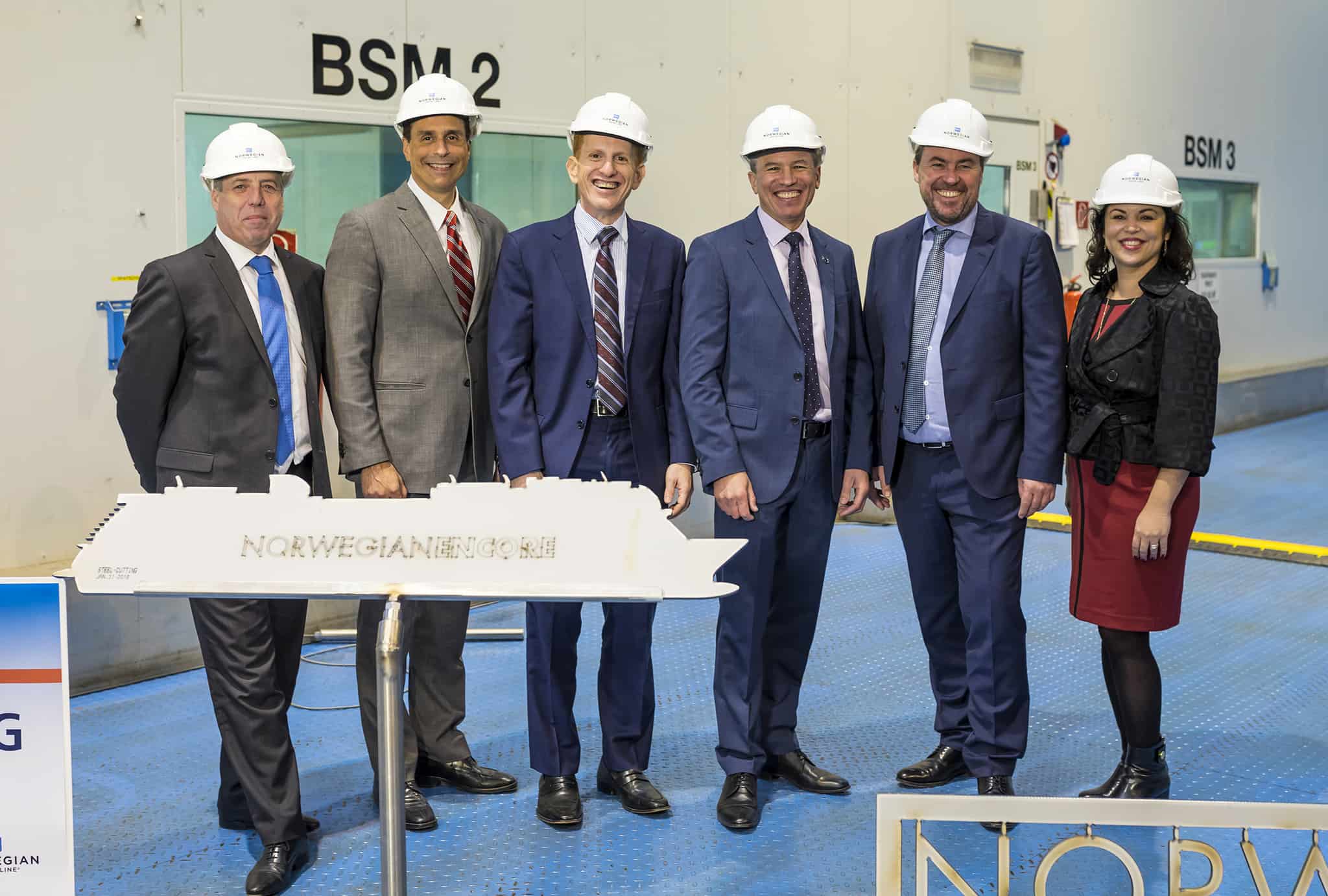 Norwegian Encore will be the seventeenth ship in the line’s fleet, and the fourth and final ship in the Breakaway Plus class, the most successful class in the brand’s history. It will weight around 167,000 gross tons and hold 4,000 guests, sailing weekly on Sundays from PortMiami to the Caribbean. More details on the ship’s design, accommodations, dining, and onboard amenities will be released in the coming months. Reservations for Encore will open in March 2018.

Cunard Partners With The New Yorker

Send this to a friend
Hi, this may be of interest to you: Norwegian Cruise Line Announces Name of Next Ship. This is the link: https://cruiseradio.net/norwegian-cruise-line-announces-name-of-next-ship/