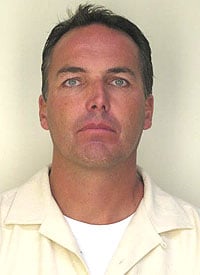 The man who dropped anchor on the ms Ryndam last November finally had his day in court  where he plead guilty. Not that he had much of a case. Video showed the drunken California resident Rick Ehlert, 45, breaking into the control room, putting on gloves, grabbing a wrench and deploying the ships anchor while the vessel was moving.

Defense attorney Daniel Castillo  tried to get the case dismissed last week by pleading that his client should be accused of stupidity. Yes, he really said that.

“He’s guilty of felony stupidity – that he is,” Castillo told a Florida newspaper. “But I don’t think it should be a federal crime.”

The US district judge didn’t buy that.

Charges can include up to 20 years in prison but experts are speculating that he’ll just get some type of probation.

Deploying an anchor on a moving vessel could puncture the steel, damage the propulsion unit, sink the vessel, even cause death or injury.