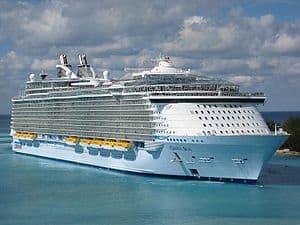 Onboard recreational, athletic, and entertainment activities are organized into seven themed areas called “neighborhoods”, a concept which bears resemblance to theme park planning. These neighborhoods are:

Broadcast on-board Oasis of the Seas

Send this to a friend
Hi, this may be of interest to you: OASIS OF THE SEAS. This is the link: https://cruiseradio.net/podcasts/oasis-of-the-seas/