The Port of Québec has finished up another successful season with a record number of cruise visitors. This year, the port welcomed 230,940 visitors, a nearly 15 percent increase over the 200,000 that passed through the port in 2017.

The port also saw a record number of ships call in Québec City this year – 156 in total. 14 of those embarked and disembarked at the port. Eight ships made inaugural visits to the city, including Disney Magic in September. 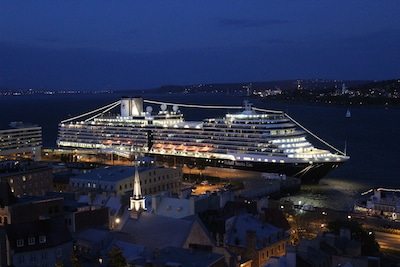 This month, Québec City received the Best Canada/New England Port Award from Porthole Cruise Magazine as part of its 20th annual Readers’ Choice Awards. In addition to that, the city was named Top-Rated US & Canada Destination by Cruise Critic, and ranked third on the site’s list of the World’s Most Popular Cruise Destinations.

Send this to a friend
Hi, this may be of interest to you: Québec City Reports Record Cruise Year. This is the link: https://cruiseradio.net/quebec-city-reports-record-cruise-year/