Sister ship Seven Seas Explorer has earned high acclaim since debuting as the most luxurious ship ever built in 2016, and now Splendor will build on the success of that vessel.

Montague and Shipyard Director Giovanni Stecconi commemorated the occasion by placing three coins on the ship’s keel. As always in maritime tradition, the coins will remain embedded in the ship’s structure for its entire life, and invite good fortune for all who sail onboard. The three coins were:

During the event today, the first two of 210 blocks that will comprise the vessel were lifted into the dry dock, officially marking the start of the ship’s assembly. 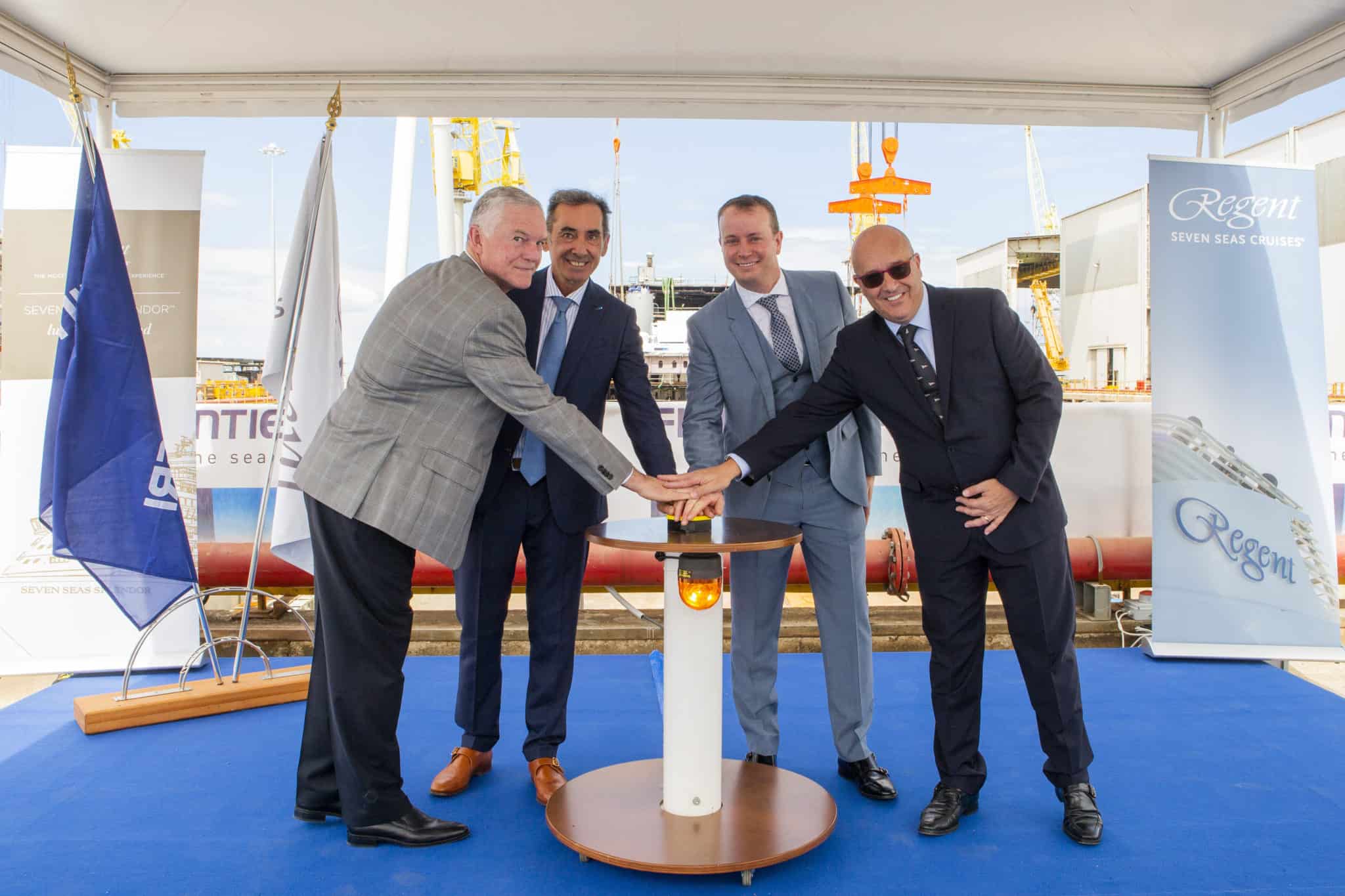 Seven Seas Splendor, like her sister ship, will be an all-suite, all-balcony vessel for up to 750 guests. They will range in size from the 307 square-foot Veranda Suites to the lavish 4,442 square-foot Regent Suite. This massive accommodation includes a steam room, heated spa on the balcony, ceramic-heated loungers, a butler, and a car and driver for excursions in every port.

Attendees at the ceremony today toured full-size Concierge and Penthouse suite models at the shipyard, which will represent a majority of the suites on the ship.

“We designed these suites, and the entire ship, with meticulous attention to every detail. The thickness of a door knob, the sleekness of a headboard, the style of a chair, every detail has been thoughtfully considered to create a ship that perfects luxury,” said Robin Lindsay, executive vice president of vessel operations for Norwegian Cruise Line Holdings Ltd.

Hi, this may be of interest to you: Regent Seven Seas Celebrates Keel Laying of New Ship. This is the link: https://cruiseradio.net/regent-seven-seas-celebrates-keel-laying-of-new-ship/