Why would I take a repositioning cruise?

Because there isn’t big demand for cruising Norway in January, your ship that spent the summer in Scandinavia might find more profitable waters in the eastern Caribbean during the colder months. Alaskan cruise liners might winter in San Diego, a base from which to explore the Mexican Riviera as Sitka shivers.  Come spring, the process reverses. They’re known as repositioning or “repo” cruises in the travel industry.

Consider a typical repositioning cruise that took passengers from the Mediterranean  to Florida, in 16 days. During the first week, ports-of-call included Genoa, Marseilles, France, and St. Cruz de Tenerife, Canary Islands. Not bad!  But four of the first seven days on that cruise, there were no stops. This is not standard fare for most traditional itineraries.

The ports you do visit might not see cruise ships at any other time of year. You’ll also find rare opportunities to visit African or South American cities off the usual tourist paths.

Because the trips are longer in duration, the total price might equal or exceed what you’d expect to pay for a standard cruise. But when you begin to divide money into days, the per diem costs are attractive.

I recently took a repositioning cruise last fall and paid $399 for a 16-night sailing from Barcelona to New Orleans. That’s about $53/night, a three-night cruise to the Bahamas can cost that much per night without airfare! 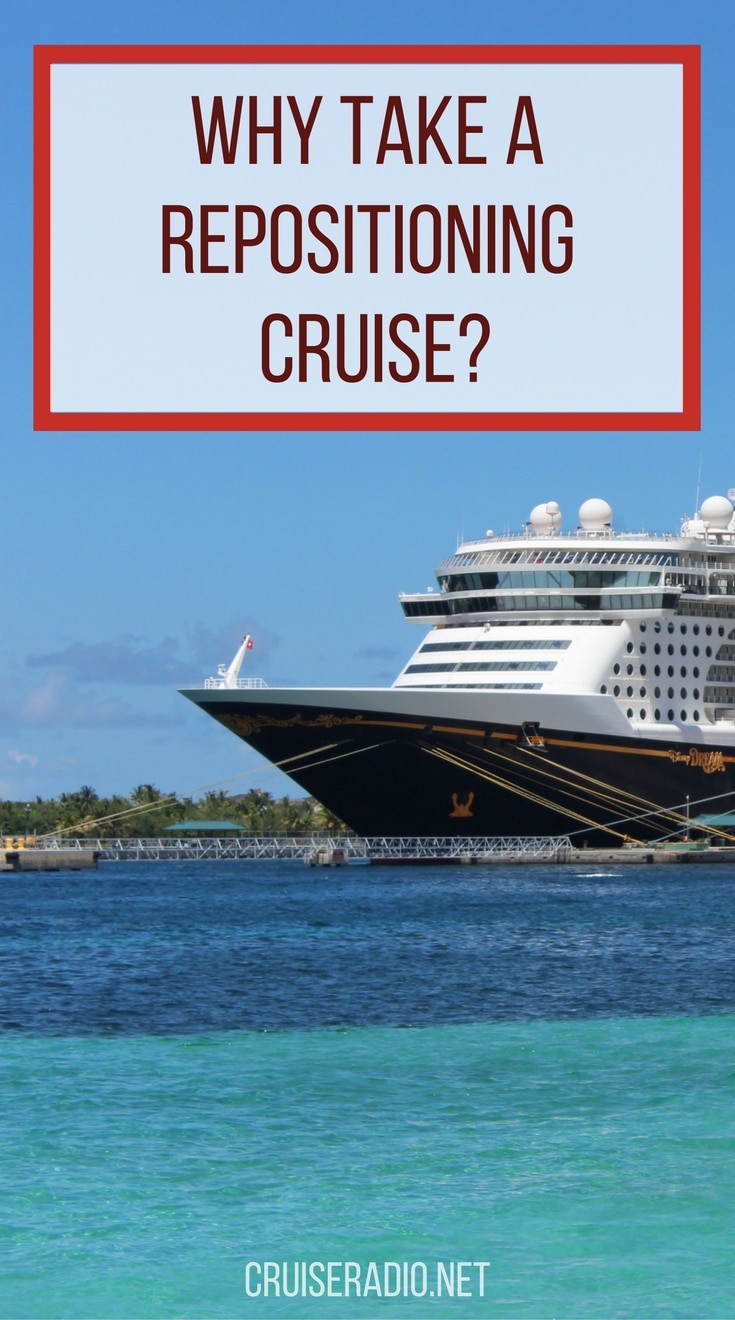 5 Best Places to Catch a Sunset at Sea