Royal Caribbean announced changes coming to Allure of Seas during a massive dry dock before she makes her Barcelona debut in May 2020. What does a 58-day, $165-million refurbishment entail? We break it down for you. 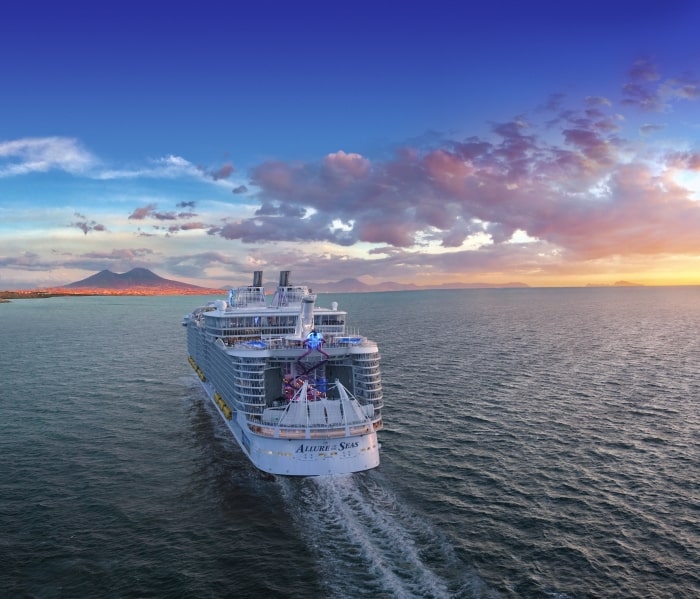 One of the areas which will see some big changes is the waterpark. The tallest waterslide at sea, the Ultimate Abyss, will make its debut, as well as The Perfect Storm trio of waterslides, Typhoon, Cyclone and Supercell. And while these might be geared toward a slightly older crowd, the kids will also get their water park. 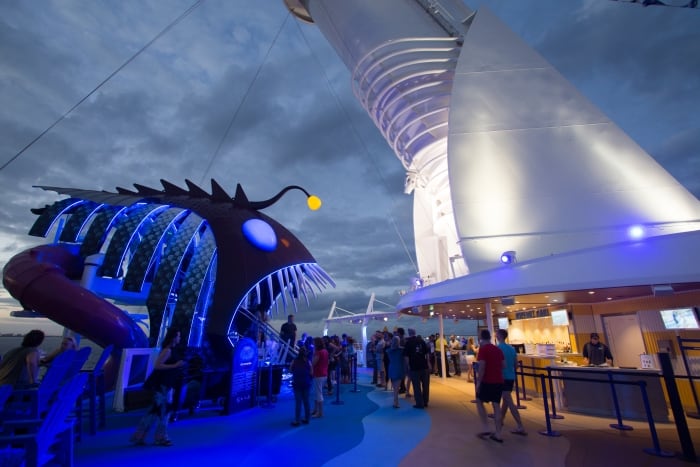 Elsewhere, the main pool area will get a facelift, including some new cabanas, an updated adults-only solarium, daybeds, top-deck whirlpools, and a massive Lime & C0conut bar.

Kids and teens will have plenty of ways to spend their time at sea. At Adventure Ocean, younger guests will be able to choose their own adventures with personalized and interactive activities. A new teen lounge will include gaming consoles, movies, and an outdoor deck. 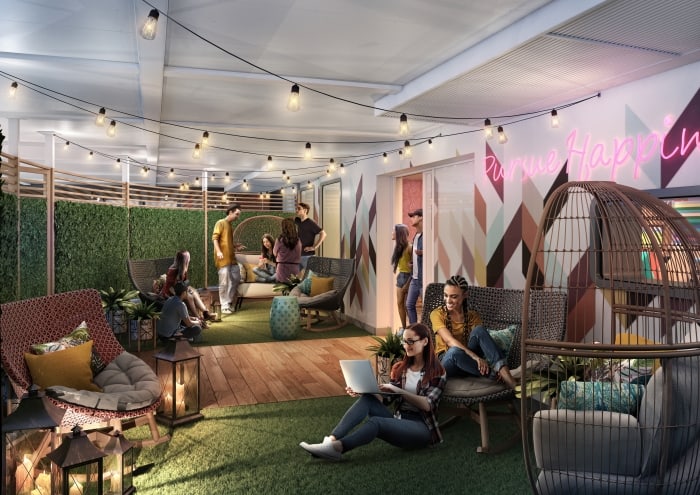 The new teen area on Allure of the Seas. (Photo via Royal Caribbean)

Plus, there will be fun for all ages in the glow-in-the-dark laser tag arena and the escape room.

Elsewhere, new restaurants promise an array of exciting dining options for guests. Giovanni’s Italian Kitchen & Wine Bar is a new take on a longtime guest favorite featuring hand-tossed pizzas fresh from the oven, a charcuterie station and a wide selection of wines. 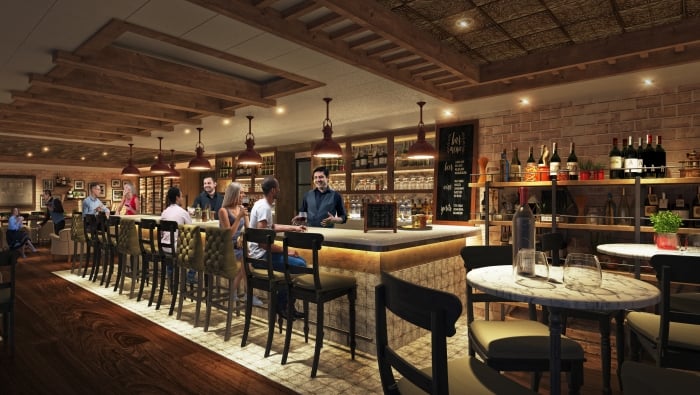 Giovanni’s Table and Wine Bar concept will be introduced during the dry dock. (Photo via Royal Caribbean)

With BBQ becoming the latest trend to sweep cruise ships, the Allure will feature Portside BBQ, offering up brisket, burnt ends, sides and more. El Loco Fresh will offer up a fresh take on Mexican street fare, and Sugar Beach serves up over 200 — that’s right, over 200 — types of candy and ice cream. 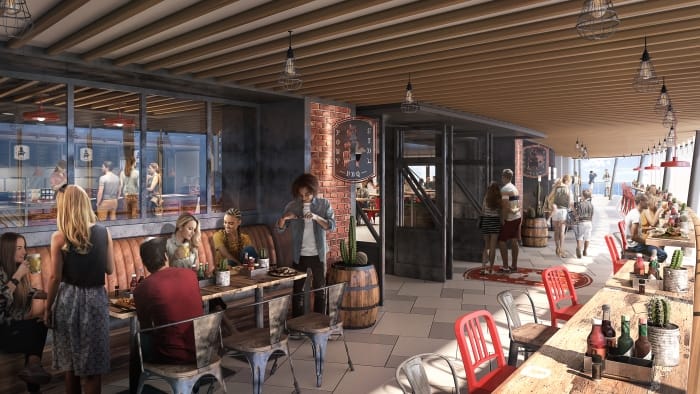 Guests will also find updated nightlife options with a renovated Music Hall (featuring live music, two levels of seating and a dance floor on which to shake your groove thing) as  well as Spotlight Karaoke, which has both a dedicated karaoke stage and private rooms in which to put on a more personalized show for your friends and family.

The Music Hall concept has become very popular with guests ever since it was introduced back in 2015 on Quantum of the Seas. 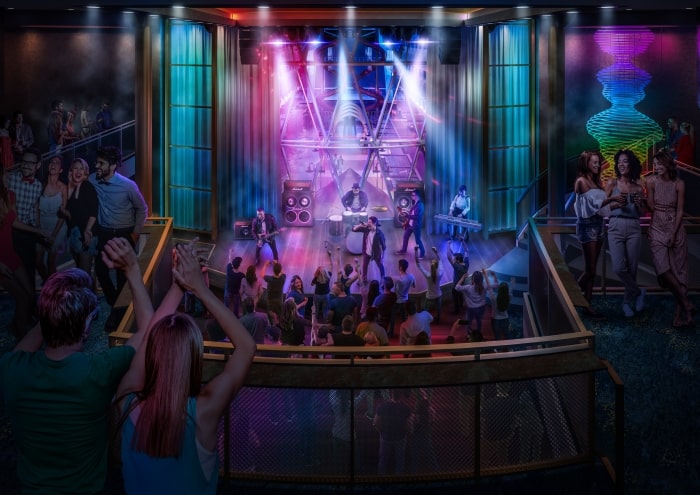 Allure will sail from Barcelona, Spain on May 10, 2020, for a series of 7-night Western Mediterranean cruises. Then in November 2020, Allure will return to North America to sail from Miami for the winter season. The ship will offer 7-night Eastern and Western Caribbean cruises from this terminal.

Many of the ship’s Caribbean itineraries will include visits to the cruise line’s new private island destination in The Bahamas, Perfect Day at CocoCay.

Oasis of the Seas is expected to get the same treatment when the vessel goes into dry dock in late 2019. The only difference is that Oasis will not receive Giovanni’s Italian Kitchen & Wine Bar.

Send this to a friend
Hi, this may be of interest to you: What 5 Million Will Buy Royal Caribbean During Latest Drydock. This is the link: https://cruiseradio.net/what-165-million-will-buy-royal-carribean-during-latest-drydock/