Generally speaking, stories regarding people falling off cruise ships tend to have an unhappy ending. But we’re happy to report that this story breaks that cycle: A woman who fell off the Norwegian Epic on Tuesday, March 6, was rescued and is reported to be recovering in a Florida hospital.

“I Didn’t Even Know That It Was Possible!”

Several passengers reported hearing the unidentified woman calling out for help after plunging into the waters as the ship was sailing in waters off the coast of the Bahamas. According to reports, passengers began calling out to the woman, urging her to continue shouting and not give up. Passenger Kareen Kennedy told ABC news, “I went back into my cabin, prayed for about 30 seconds and came back out and just kind of continued to hope for the best. I didn’t even know that it was possible for them to find anyone, given how dark it was and given how rough the water was.” 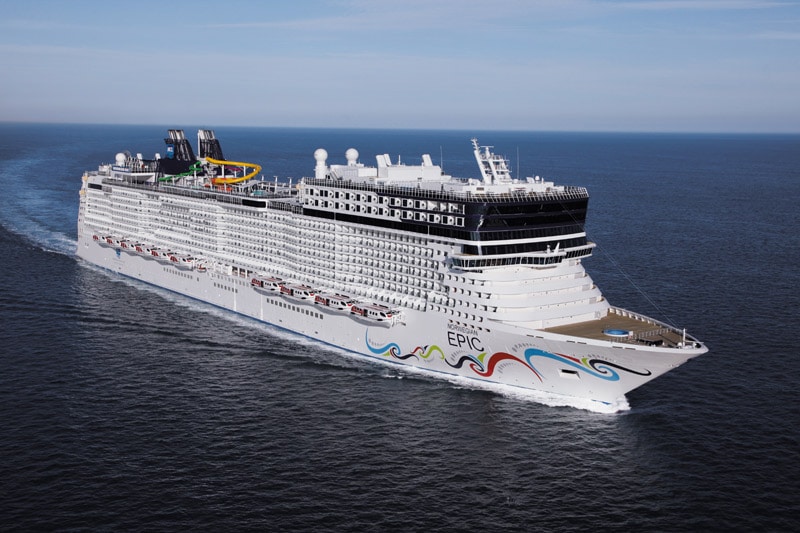 The passenger in question reportedly fell overboard after sitting atop a railing. Photo courtesy of NCL.

Soon after, however, the captain made exactly the type of announcement you hope for in a circumstance such as this: “We found a person in the water,” he reported over the PA system, “and she was picked up and is now in the hospital.” Media outlets report that this news resulted in celebratory cheers breaking out around the ship.

How Did The Passenger Fall Overboard?

“On the evening of Tuesday, March 6, 2018, a report was made that a guest aboard Norwegian Epic had gone overboard,” reads a statement from the cruise line. “As soon as the report was made, the ship maneuvered to allow the crew to begin a search. After recovery, the guests was taken to the onboard medical facilities for evaluation.”

READ MORE: The Truth About Falling Off A Cruise Ship

A Norwegian rep told a Florida news station that once the ship docked in Port Canaveral, “the guest immediately disembarked to receive any additional medical attention necessary on shore. We are thankful that our team reacted quickly and was able to rescue the guest.”

As to how the woman fell overboard in the first place, ABC news cited several fellow passengers reporting that the woman was intoxicated and had supposedly been sitting on a railing to take a photo before falling overboard.

Live On A Cruise Ship For Retirement

Send this to a friend
Hi, this may be of interest to you: Woman Survives Fall Off Cruise Ship. This is the link: https://cruiseradio.net/woman-survives-fall-off-cruise-ship/