Carnival Corporation CEO Arnold Donald and Karl Sestak from his office took flight earlier this week in a unique type of aircraft.

They boarded the Carnival Airship blimp for a ride sightseeing key local landmarks and beaches at upwards of 1,000 feet, all the while promoting the #ChooseFun message emblazoned on the side. The duo boarded the blimp following festivities welcoming Carnival Horizon to its year-round homeport of Miami. The event featured the line’s Chief Fun Officer Shaquille O’Neal and Miami Heat legends. 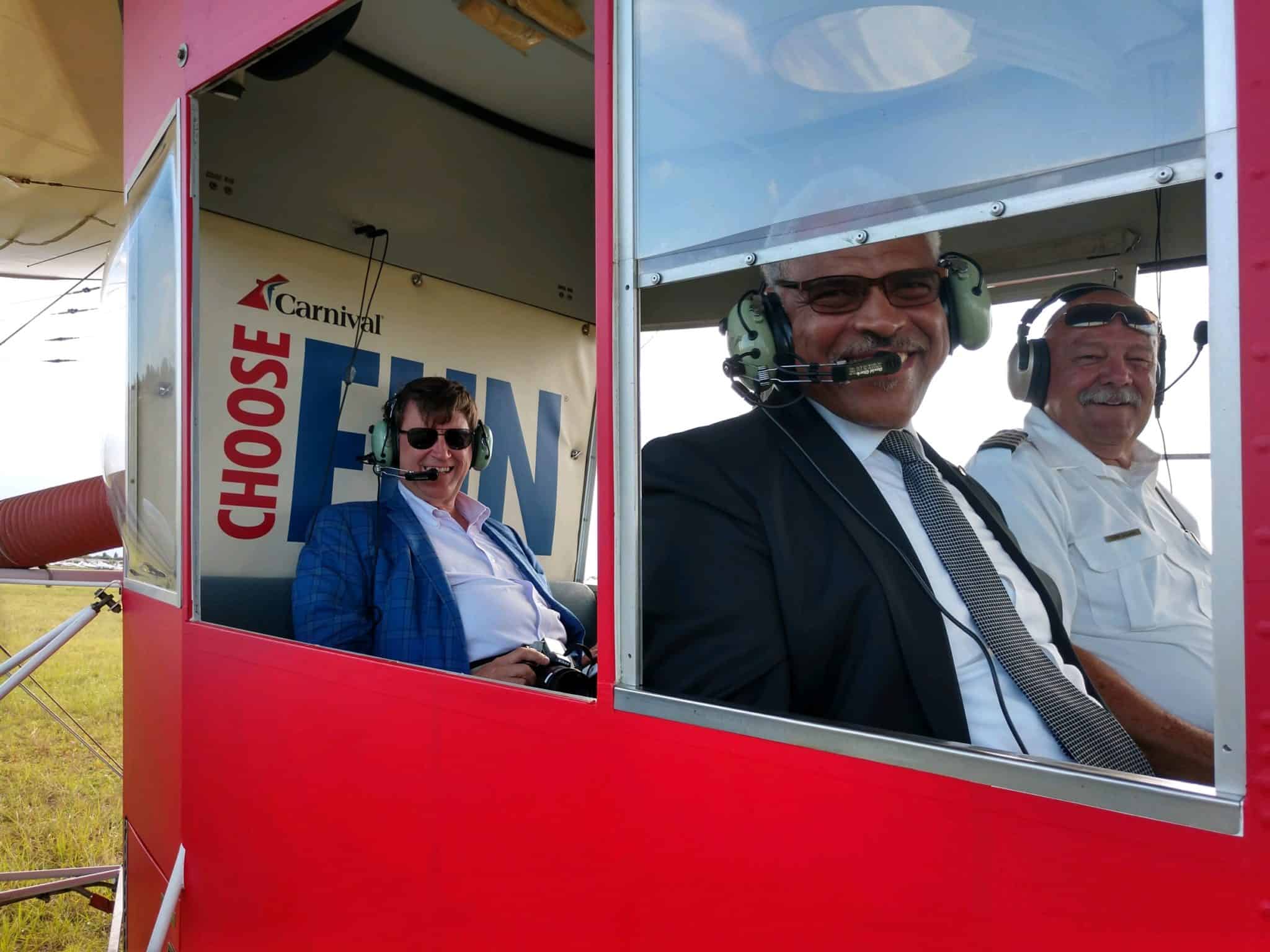 The cruise line’s Homeport Advantage marketing campaign is meant to highlight ship deployments in key markets, and their AirShip has been making its way across the southeast – part of a 30-day aerial journey that ends in Atlanta this weekend.

Those who post a photo of the blimp on Facebook, Twitter, or Instagram with the hashtag #ChooseFun are entered into a contest awarding free cruises and other prizes, which also triggers a donation to St. Jude Children’s Research Hospital.

Send this to a friend
Hi, this may be of interest to you: Carnival Corporation CEO Takes Flight in Blimp. This is the link: https://cruiseradio.net/carnival-corporation-ceo-takes-flight-in-blimp/